Has the internet shot your attention span, or could you have Adult ADHD? We asked an expert. 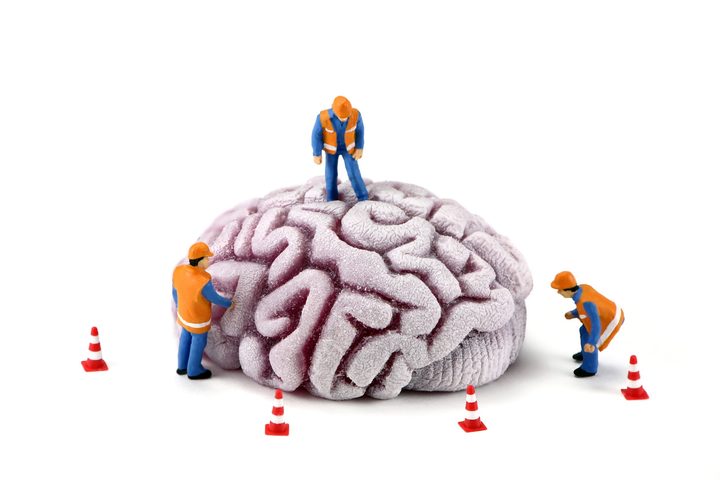 If you picked up a book recently and proceeded to 'read' the same paragraph 17 times before scrabbling to catch up on what had dribbled down your feeds in the six minutes you weren't looking, you're not alone.

Asking yourself when, exactly, you morphed into someone with the attention span of a biscuit (can we drop the goldfish cliche once and for all?) is a phenomena well-documented of late, with blame placed pretty squarely on our digital addictions. Last year, a Canadian study by Microsoft suggested the human attention span had shortened from 12 seconds to eight in a single decade.

So, it's not just you. But what if your inability to focus when you need to is symptomatic of an actual condition – namely, ADHD (attention-deficit/hyperactivity disorder)? How can you tell the difference? We asked Auckland psychiatrist Simon Bainbridge, a specialist on the topic, for the lowdown.

Extra reading: What it's like to have adult ADHD

Hi Simon. To start, can you explain what adult ADHD actually is?

Well, it has a range of symptoms, from struggling to get organised, procrastination and getting distracted easily, to leaving things until the last minute, losing things (wallet, keys, phone) and not finishing projects. Sufferers experience over-activity, impatience and impulsivity, often with no immediate thought of the consequences. They get bored quickly, too, and crave stimulation.

In its severest form, people often battle with alcohol and substance abuse, and experience ongoing emotional problems, like excessive irritability. This can lead to trouble with the law, or inability to hold down a job.

With milder cases, people often feel like they’re underachieving at work, and other related issues like missing out on promotions. It’s quite common for people to tell me they’re working overtime just to keep their heads above water.

How common is ADHD in adults?

The WHO (World Health Organisation) estimates that three to four percent of adults worldwide have ADHD. Personally, I feel that adult ADHD is detected more easily in societies where sedentary lifestyles and desk-bound jobs are more common. That might help explain why the rates of both childhood and adult diagnoses are rising – because our urban populations are increasing.

Do we know the cause?

That’s the million dollar question. What we do know is that genetics definitely has something to do it; studies suggest a contribution of up to 80 percent. ADHD often runs in families. There's also some evidence that some of the chemicals used in transmitting information around the brain may be underactive in people with ADHD... but we’re still looking at ways to confirm this.

What role is the internet playing in diagnoses?

The interplay between internet and ADHD is interesting: there's an immediacy with the internet that satisfies someone with ADHD. But there are other areas where ADHD causes problems; for instance, difficulty following long conversations. That is to say, the internet provides many distractions in and of itself, so it can't be used as a diagnostic guide.

Is it true depression and anxiety can be caused by ADHD?

There's a definite link, but it can be a chicken-egg situation trying to work out which condition came first. Depression and anxiety can both make the inattentive part [difficulty concentrating] of ADHD worse, and add to the irritability. On the other hand, adult ADHD can be the actual cause of depression and anxiety, because of the effect on people’s lives. To give you an example: one patient got incredibly anxious about going to work, because they had at one point cost their company thousands of dollars by forgetting one figure in a calculation.

Right. So does treating the adult ADHD mean the related anxiety and depression will also reduce?

Without a doubt. That’s why it’s important to get an assessment and recommendations for treatment from a trained professional. It gives a much clearer picture of how much depression, anxiety and adult ADHD contribute to the problems being experienced.

How do you diagnose ADHD?

I ask the patient about their psychiatric history in a face-to-face session, including questions about their childhood and any issues they experienced in late adolesence. That’s essential. The aim is to understand if the problems they’re currently having are caused by adult ADHD or another condition.

Medication is only part of the treatment. Relevant talking therapies and lifestyle issues should be discussed too. Most adults with ADHD see their lives get significantly better once they’re on the right treatment plan. They’re often incredibly intelligent, and this intelligence has helped ‘carry’ them through school and work, despite their lack of focus.

So does adult ADHD ever develop in adulthood, or is it always childhood ADHD that just went undiagnosed?

The general agreement is that ADHD is a childhood condition that sticks around into adulthood, with somewhere between 10-30 percent of children having some persistence of it after they turn 18.

One of the other psychiatrists at our centre, Davin, recently sent me an article that puts forward the idea that there is a group of people who develop ADHD as adults. Unfortunately, the way they carried out the research wasn’t sound enough. But I’m keeping an open mind on the subject.