A new photography exhibition presents the North Island at its most derelict – and beautiful. Harley Plowman, one of the show's three photographers, explains the thrill that comes hand-in-hand with documenting decay. 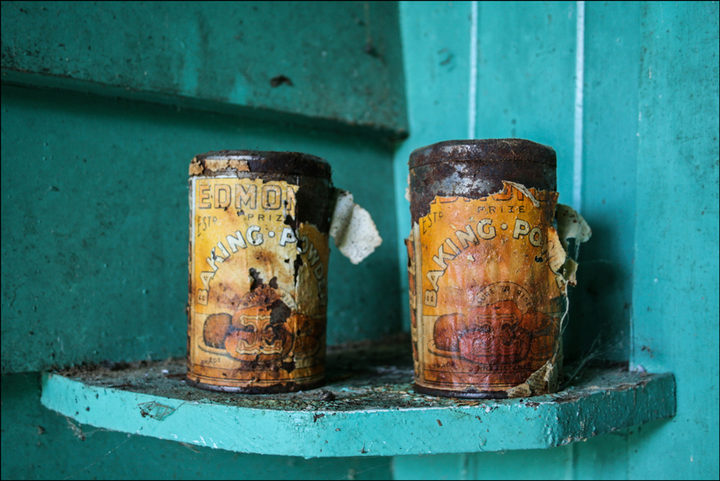 You're probably already familiar with Urban Exploration, the artform otherwise known as 'Urbex' or 'UE'. The practice sees photographers sneak their way into abandoned and often private man-made structures (common themes are fun parks, factories and asylums) then document the decreptitude within. Locally, the most famous example of urban exploration occurred in 2014, when images of Christchurch city's post-quake cathedral were posted on international UE website Urbex Central.

Signs of human activity remain, as though the inhabitants simply vanished one minute to the next, mid-cup of tea.

Contemporary urban ruins and the images that capture them are almost always eerie, and often hauntingly beautiful. Sometimes nature has snaked its way through the widening cracks in an effort to turn the outside in, or signs of human activity remain – as though the inhabitants simply vanished, mid-cup of tea. It's nostalgia and time-travel and the exhilaration of crossing a theshold, all rolled into one. Not even the potential safety and legal risks can dampen enthusiasm; if anything, it only seems to add to the appeal.

This month, three New Zealand urban explorers – Harley Plowman, Kelly Stacey, and Robert Štrup – have pooled their work for an exhibition at Auckland's Alberton House, itself an old timber mansion rescued from decreptitude. Titled 'The Art of Falling Apart', the show features photos of abandoned sites across the North Island, from a former Karaka psychiatric hospital to weather-beaten Waikato homes on their last legs.

We spoke to Harley Plowman, one of the three photographers and the founder of UE Facebook page DerelictNZ, about his passion for disrepair and decay.

How long have you been taking these kinds of photos? Your Facebook page has quite a following now.

I've been entering these places for around 14 years, but I've only been taking more serious photographs for the last three or so. When I started DerelictNZ it was as somewhere to post my photos for the friends wanting to view them – I had no intention of it being any bigger than 100 people. Now I'm closing in on the 6,000 mark and it's all bit of a shock. I didn't think others would be that interested. But the more people I get, the more I'm inspired to get out and capture new places. 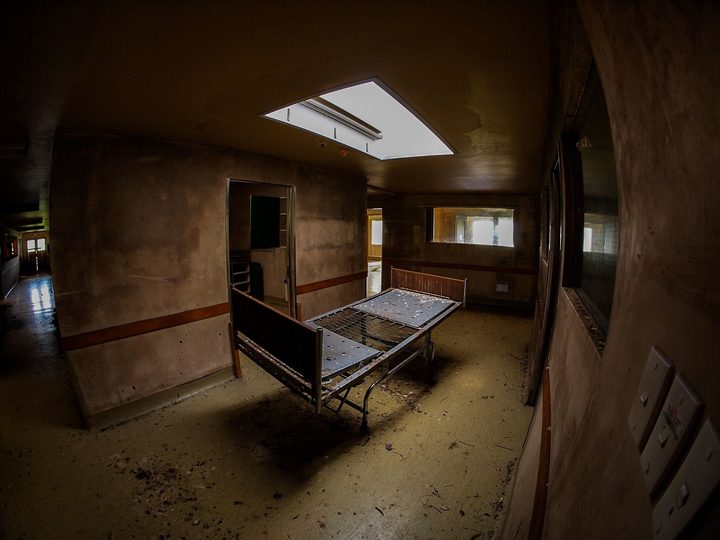 How would you describe the appeal of UE for you, personally?

It's the mystery and the sense of the unknown. The places are off-limits to most people. What's going to be inside? Are we going to get caught? You often come across things that trigger memories from your own past, too. Things you may have forgotten. 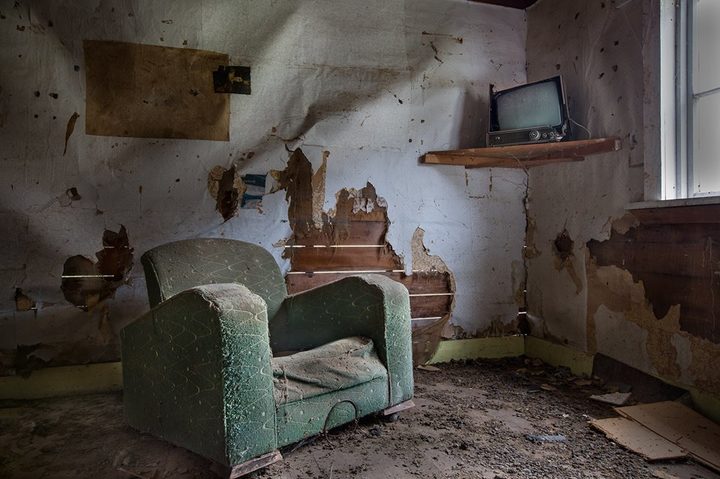 The living room of a worker's cottage at Endean's Mill, near Waimiha. The sawmill closed in 1996. Photo: Robert Strup

Do you gravitate more toward one type of site?

I lean more towards derelict homes and psychiatric hospitals, but I do visit other places on occasion. Psychiatric Hospitals have a certain atmosphere about them that just drags me in and [begs] to be captured. Having battled mental illness myself, I often think I could have been labeled an outsider and locked away in there myself, if those sorts of places were still around.

When you first walk up and look into a window there's an excitement that flows through your veins, especially when you see a home or building that's still filled with belongings from its past occupant. I'll often just stand there and imagine what the place may have been like when it was once a bustling home or business. Kids running around the lawn playing, parents going about their daily chores. 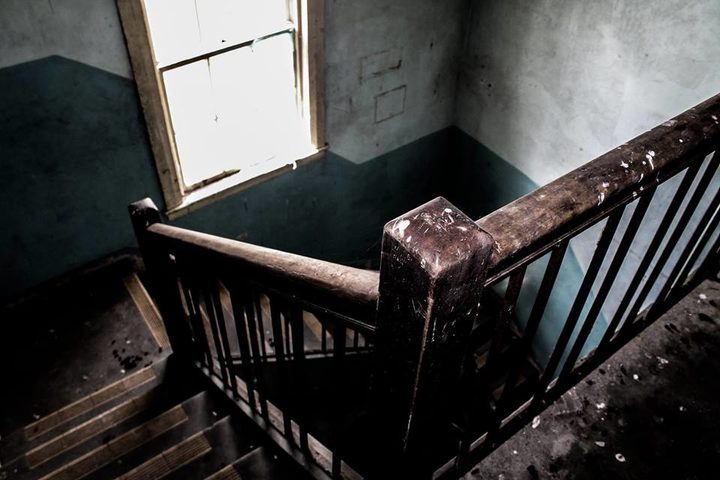 Do you just drive around looking for places to photograph, or...?

The bigger, more industrial spots I find through word-of-mouth, media outlets or just sheer luck. With the homes, it's often just chance, little tell-tale signs that let you know a place is empty – although that's not always the case... 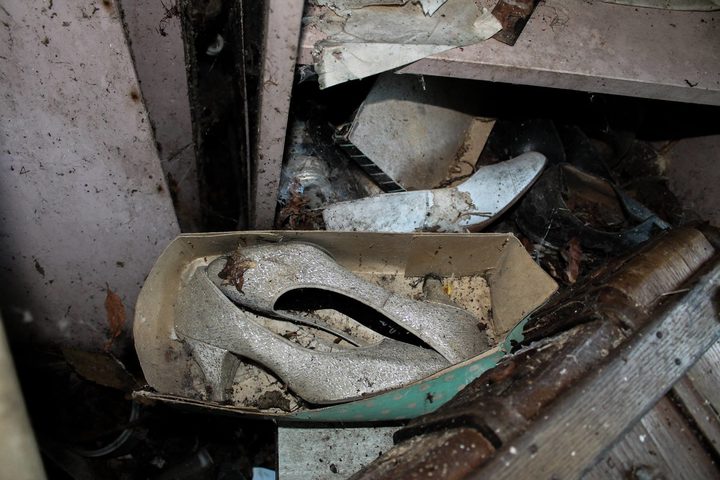 A pair of high heels found in an abandoned home in Karaka. Photo: Harley Plowman/DerelictNZ

What sort of ethos lies behind the genre – and how does this make UE different from other urban art forms, like graffiti?

The UE ethos is 'Leave only footprints, take only photos'. This is big for me, as I'm also a big believer in treating things as if they were your own. Apart from photos, we don't want anyone to know we've been inside these places, and we like to leave them as they were found. Whereas graffiti artists like to leave a mark so other people know they've been there. 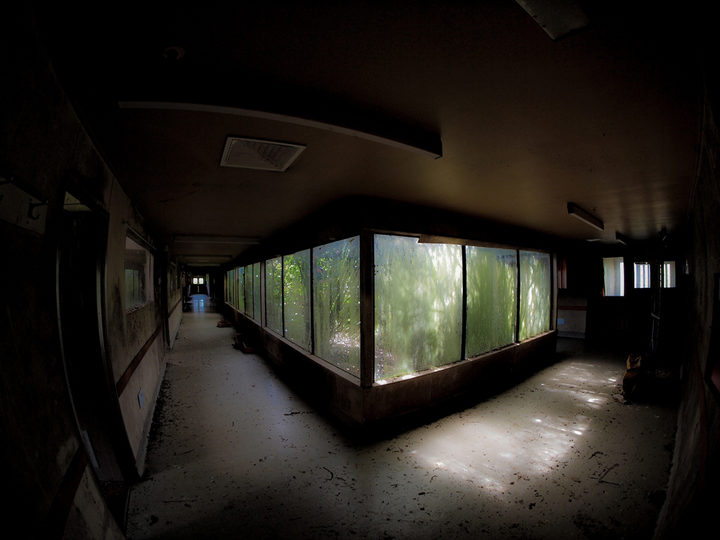 A corridor in Tokanui Psychiatric Hospital, which opened in 1912 and closed in 1998.. Photo: Harley Plowman

What sort of reactions do you get from people looking at your images?

I've found everyone is just fascinated that these places are left like this. Seeing some of the things left behind in homes evokes an emotional response in some people, too. Some homes have just been left in the same state as the day someone still lived there.

But as you can imagine, there is also the odd person who likes to say we're trespassing, and what's to say we aren't going in these places to "steal things", etc. 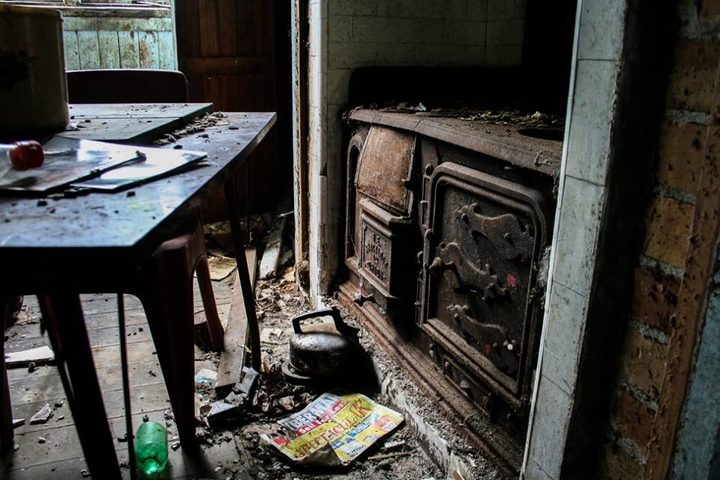 A coal range in Mangere in the home of John Tam, who went missing in 1996 and was never seen again. Photo: Harley Plowman

Do you ever worry you’ll run out of sites to document in NZ, and have you thought of exploring anywhere overseas?

Although NZ is quite limited, I don't think I'll ever run out. I believe there are still so many homes and other such sites just tucked away down that dead end road in the middle of nowhere, waiting to be discovered and documented.

As for overseas, Belgium, Italy and Germany are pretty much the international mecca for Urban Exploration. I would love to spend a month or so touring around capturing the amazing spots there. 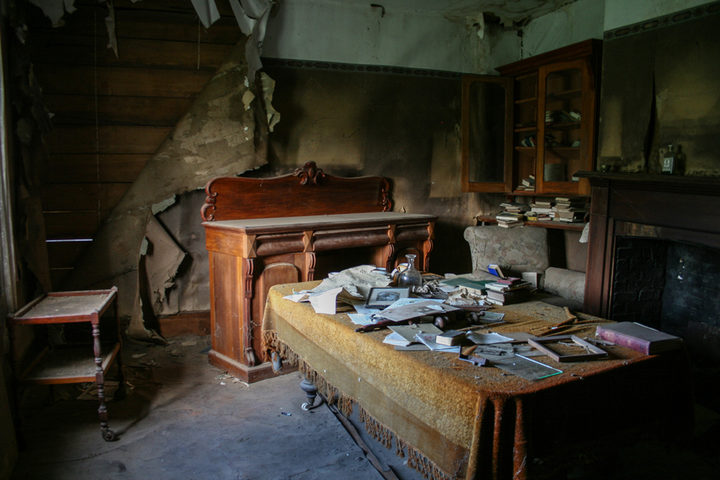 Are there any photographers or websites outside New Zealand you particulary admire?

One of my favorite urban exploration sites is this one. It's by a group in Europe who take some amazing photos at amazing spots. Someone specifically I've really taken an interest in is Brian Cattelle. I just love his work and think his style is similar to mine. His is the kind of direction I'd like to head in. Although he doesn't always do this [sort of thing], he recently put out a series that involved traveling across America and photographing models in derelict buildings across fifty states. 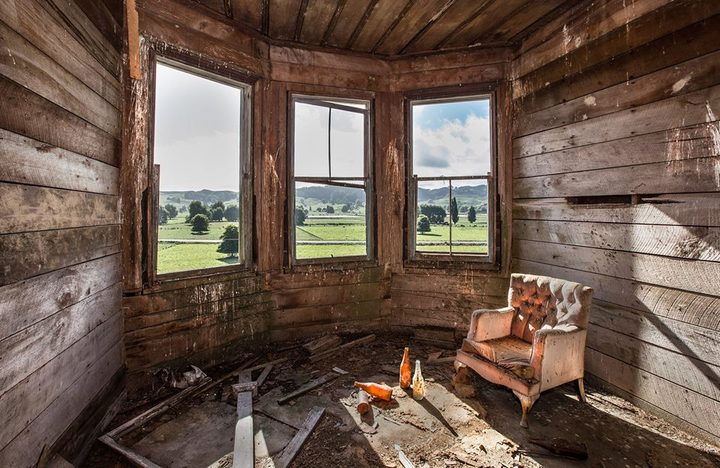 The interior of an abandoned home in Waikato. Photo: Robert Strup

Are there any sites in New Zealand you’re dying to get inside to photograph?

I'd really like to photograph inside Mt Eden [prison], but I recently requested permission and was denied, so I can only imagine what it would be like. Other than that, I don't want to give anything away, so people will have to wait and see. 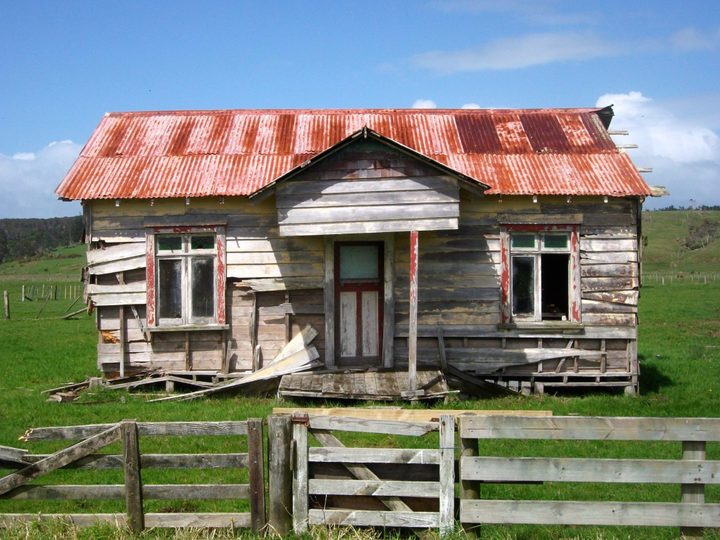