It’s one of the most controversial religions in the world, firmly rooted in pop culture thanks to figures like Tom Cruise, John Travolta and that famous South Park episode.

Last year, the world found out a whole lot more about Scientology when a documentary claimed the church was involved in widespread abuse and exploitation. Going Clear was met with rave reviews from critics and vehement opposition from the Scientology community worldwide, but what did New Zealand Scientologists think?

Mava Moayyed chats to Auckland Church of Scientology spokesperson, Mike Ferriss, to find out about the beliefs, practices and controversy that shape the Scientology Church in our own part of the world.

In a nutshell, how do you explain Scientology to people who have no idea what it is?

Essentially, Scientology is an invitation to examine your own life. The word itself means the study of wisdom. It lays out paths anyone can follow to better themselves and help other people. 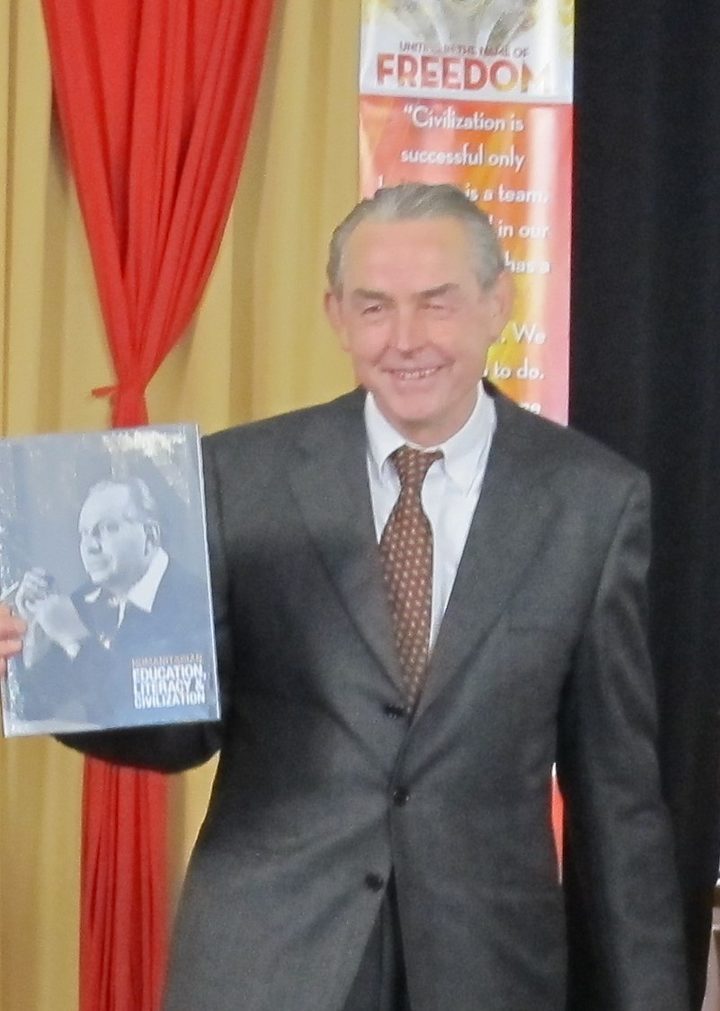 So you consider it a religion?

Yes it’s a religion. It’s more akin to the Eastern tradition of religion; a spiritual journey rather than a belief system or worship.

Is there a concept of God?

Perhaps not the same concept in terms of the monotheistic religions such as Christianity. In Scientology, the concept of God might be ‘the infinite’, the ‘supreme being’ or perhaps the ‘all-ness of all.’

When did you join the Church of Scientology?

I first got into Scientology in 1980. I was 20 years old and searching for knowledge about existence and purpose for living. That was brought about 4 or 5 years earlier after a massive motorcycle accident that was quite life threatening. Of course, one starts to wake up and think “what’s going on”, you know? And “is there an understanding one can gain about life?” That search led me to Scientology.

Wow, that was nearly 40 years ago. Has scientology been around in New Zealand that long?

Oh yeah! New Zealand has the second oldest Church of Scientology in the world.

After the United States?

Yeah. The second oldest established Church of Scientology is the Auckland church in New Zealand.

Oh I had no idea. So when it was officially established?

The first church was established in Los Angles in 1954 and, in New Zealand, it was formally established as a religious group in 1955.

Are there many followers? The 2013 census showed 315 people are Scientologists – is that about right?

It depends who calls themselves a Scientologist. We have a broader membership of about 3,500 that have had some involvement in the Church in recent times. The overall numbers of people involved goes into about 30,000 in New Zealand over those many, many years.

Ah, right. So how does the Church fund things like the Auckland building restoration?

That’s funded by local Scientologists but also by members from other countries*. 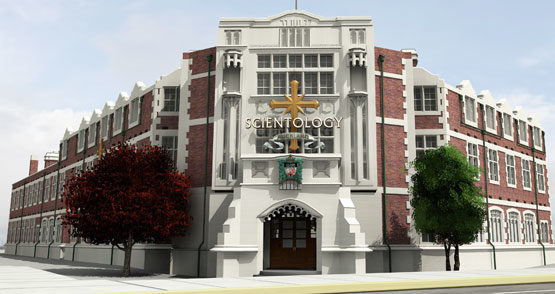 Rendering of the future Church of Scientology of Auckland. Renovations expected to be completed in August 2016. Photo: Supplied

Ok, real talk for a minute: the Church of Scientology is one of the most controversial religious organisations in the world. Why is this?

Good question. Essentially all religious group of any significance have been controversial in their forming years and it’s often because these groups have challenged or addressed a need for social change. They’re often going against the status quo of society.

The challenge of the current age is that it is very materialistic; people are told they can derive pleasure from shopping as if it’s some kind of religious experience. Scientology addresses the need for the spiritual search and spiritual understanding.

But this is really where the controversy comes in: the first book on Scientology was called Dianetics and it challenged us to understand the mind in spiritual terms, not psychological or psychiatric terms. It challenged the mental health industry which was using, and still uses, psychiatric drugs, electric shocks and brain operations. We’re saying, "if you want to make a person mentally well, you do not use any of those treatments". You’re only supressing the mind by using those treatments. So, really, it ran headlong into the monopoly of mental health and it seriously challenged that and we still do.

It even came to such lengths as the psychiatric industry trying to close Scientology down using their political lobbying. We turned the tables by starting our own group which is quite well-known now – called the Citizens Commission on Human Rights – and investigating the abuses of psychiatric practice. Their work in New Zealand alone is spectacular from exposing the abuse of children in the Lake Alice psychiatric hospital.

Sure but there were allegations of Scientologists dishing out abuse in the documentary “Going Clear”? Have you watched it?

Yeah, I did watch it. It must be realised that it’s an extremely biased piece of journalism and filmmaking. The thing that really struck me in watching the film was that it was trying to create an “us and them” paradigm or polarity. It was very obvious that that was the intention of the film, to turn people against Scientology. It’s a very basic form of propaganda and it was most telling that the film did not include any practising members of Scientology or the Church's responses to the allegations.

Did you see anything in film that raised concerns about Scientology or do you believe it’s all baseless?

I’m not a spokesperson for the Church in the States but I do know that, since I’ve been around Scientology, we do get attacked and it’s not unusual for a new religion to be controversial and to be the subject of propaganda and media attention. It’s just so interesting that when we do get attacked, it leaves out all the good work that the Church does, for example, our work in drug rehabilitation.

On that note, the name of the doco is obviously a reference to reaching the “clear” state. What does that mean exactly?

State of clear is achieved through a series of levels designed to help a person to confront their past, past painful experiences. We call that part of the mind that stores those experiences the “reactive mind” so “clear” is about clearing the reactive mind of previous pain.

What a lot of people don’t realise is that we acknowledge that people have lived for many, many lifetimes. That clearing process – we call it auditing- is actually for the many lifetimes a person has existed.

What’s auditing? There’s a physical aspect to it where a machine is used, right?

Some of it involves a meter, for sure. But not all. Auditing is really where a person who is trained in Dianetics and Scientology helps a person to confront their past. It’s a guided process.

What does the meter measure?

It’s essentially a pre-conscious meter meaning the question the auditor asks can measure a reaction on the meter. The auditor can use the meter reaction to guide the person to what they through in regards to the question asked. It measures changes to the electrical flow through the body. 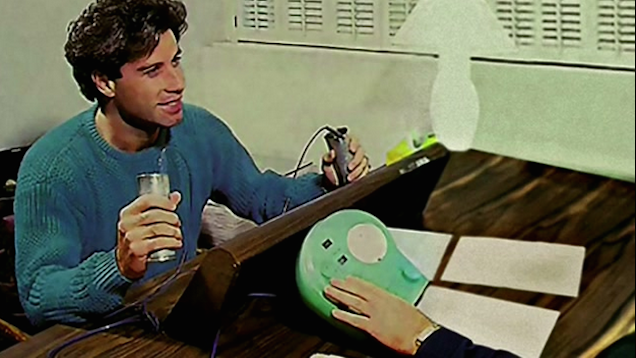 So how long would it take to go clear if you were really focused?

Hmmm about eight months to a year. It’s quicker than sitting on a mountain top for 14 years!

What about OT levels?

Well, OT stands for Operation Thetan – it’s our word for spirit. The levels of OT are spiritual progression after reaching clear.

Is it expensive to progress through these levels? It does require auditing that you have to pay for as well as various seminars and course, right?

Sure, but the cost depends on how you look at it. The training programme in Scientology is probably cheaper than a university degree and, I have to say, the result is far more liberating in terms of self-knowledge and spiritual awareness making it actually quite affordable.

And I mean a basic course in Scientology is about $80, I think, so it just depends on the person and how much they want to do and progress.

I don’t know if this is an appropriate thing to ask but what level are you at?

One of the OT level.

Five, if you want to give it a number.

Can you do that in New Zealand?

Now, I know you must get questions about Tom Cruise all the time….

About Tom Cruise? No, never [laughs]

Does New Zealand have its own high-profile Scientologists that are helping to increase the religion's profile in the country?

Yes, we do have some quite well-known people here in New Zealand that are involved in Scientology and it’s actually not my place to discuss who they are because if they wanted to discuss their religious affiliation, they will. I’m sure they will at some time.

Ooh that'll be interesting to find out eventually! So lastly, what do you think are the biggest misconceptions about Scientology?

I guess that thing that really bugs me is the oversimplification of Scientology in the media. That’s really what the media is great at doing; not getting into depth about a subject but just taking the look at the sensational ideas because it makes it kind of attractive. It’s the sexy story. I think people should be aware that the media isn’t necessarily portraying something controversial in a fair way.

*The most recent annual returns records from 2013 show the Church of Scientology New Zealand received about $176,000 from “spiritual counselling and religious training”,  $770,000 from donations and another $270,000 from “affiliated organisations”.