Bailey Wiley gives us a track-by-track rundown of her new EP. 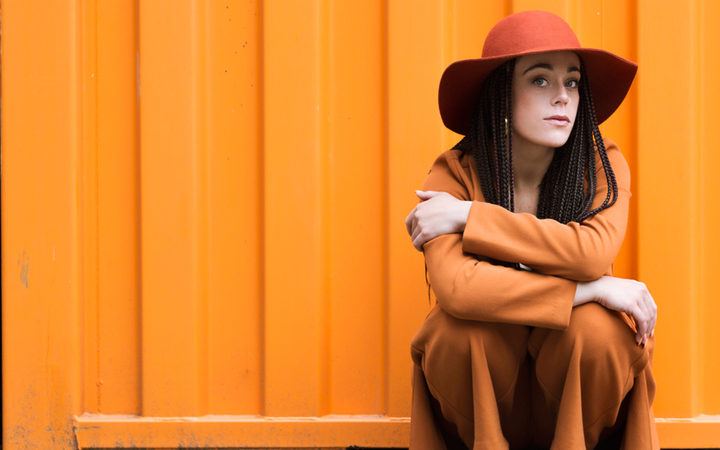 We spent a day in the studio procrastinating, attempting to finish another project when Dos Fuegos was born. I was smoked out and ready for bed when ENO said I couldn't leave the studio until I got something down. I wrote Dos Fuegos when I was on the mic, and the melody and lyrics just came to me. We knew it was fire instantly. It's one of my fav tracks on the EP.

Take It From Me

This was the first song I wrote in Berlin. The process was fast and the words came easy. Ben Esser was the producer and he was a dream to work with. This song is very honest and I dig the irony in the beat because it kind of masks what I'm trying to say.

This is like a love letter you don't send. Saying all the cute and sexy things you sometimes don't have the courage to say. I didn't want this to be a song but more a flavour of emotions that lead up to a climax.

Still On My Mind

This song had the longest writing process. Probably because I'm singing about home. About real stuff. I find it's hard to grieve about something when you're so far away. When you're disconnected, by choice.

It's like my subconscious is speaking, saying it'll take the heat so I don't have to.

The 101 is like my letter to the industry. But more importantly for the girls holding it down. There isn't many of us. This track is about not letting fear stand in front of you, but more letting the fear push you from behind. I quoted a few musicians I was listening to at the time like Nickelus F ("get fat, obese"). This is really about gaining knowledge and letting your newly found insight ring true to your character.

Run Wit It almost didn't make it onto the EP, only because it was hard to get the whole creative team who was behind this track in the same place at the same time. Soraya who is LA-based and the homie ENO are so forward thinking. I have all the time in the world for them. Run Wit It is tight because it's the EP’s trap song. It's hyphy.

This was the last song we produced for the EP. I was all over the place when I wrote it and maybe didn't have much time for my other half. But this was my way of telling him: we both got big dreams, we both hustle. I love that. I see you.