Our guide of where to go, what to see and what to do this weekend. 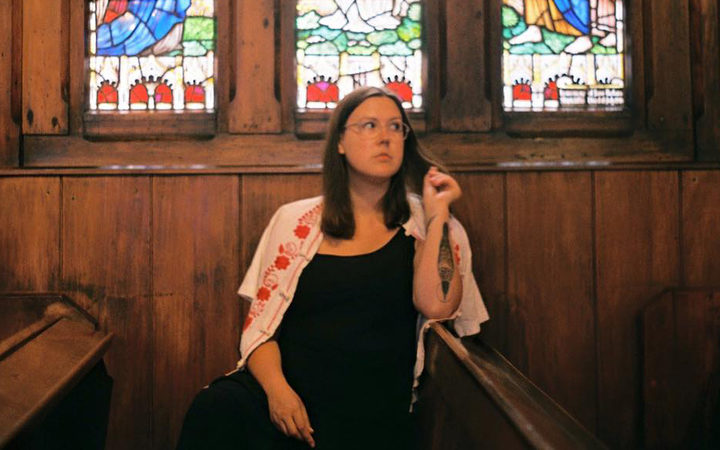 Nadia Reid: To mark her impending tour of Europe, Nadia Reid has lined up a couple of shows this week in Dunedin and Auckland. First up, she’ll play Carey’s Bay Hotel tonight with The Broken Heartbreakers and Abby Wolfe before heading north for a show on Sunday at The Wine Cellar. Get tickets, while they’re still available, from Under The Radar.

Street Chant: Auckland’s Street Chant just completed a New Zealand road trip in support of their sophomore album, Hauora, and this Friday they wrap it all up with a show at the Kings Arms. $10 presales are available online from Under The Radar and support on the night comes from P.H.F, The Naenae Express and File Folder. While you’re at it, this interview with Emily Littler is one you don’t want to miss either.

NZ Music Month: We’ll be taking part in NZ Music Month once again this year with our My Top 5 series where we’ll be asking local musicians about the New Zealand songs they love the most. Ahead of that though, we recommend you skip the Shihad shows and get things started by seeing Kane Strang at the Christchurch Art Gallery this Sunday. For those elsewhere, you can see what’s happening via NZMM’s official site.

Civil Union: Auckland band Civil Union have promised that their debut album will finally be out next month. To get a jump on things, they’re playing an all-ages show this Friday at Grey Lynn Community Centre. It’ll coincide with the release of their new video Follow The Red Herring and they’ll be joined by Center Negative, Las Tetas and Courtney Hate. Entry is $10 or $25 with a pre-order of the LP and a copy of their 2013 EP on cassette.

Mali Mali: “I had a fascination with the pain I was experiencing and trying to understand it as objectively as possible,” Ben Tolich told us of his new album, As A Dog Dreams. Better known as Mali Mali, the Auckland musician dropped the record earlier this month and now he’s heading out on a five-date tour of the country that begins in Auckland. Find out all you need to know right here.

Drax Project: Wellington four-piece Drax Project just released their second EP T/W/OO and this Friday they’ll be celebrating the release by heading down to Christchurch for a show at Winnie Bagoes. Presales are available from The Ticket Fairy and, if you missed it, revisit the band’s live session with RNZ Music below.