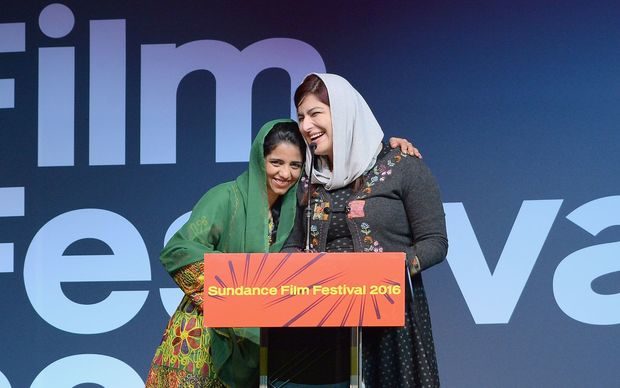 Supporters of an Iranian filmmaker banned from New Zealand are asking government ministers to intervene.

Rokhsareh Ghaemmaghami was invited as a guest speaker at the Documentary Edge Festival next month. She has been travelling to festivals around the world to show her award-winning film Sonita, a story about an Afghan refugee-turned-rapper.

However, when she applied to come to New Zealand, she was rejected.

“They wrote a letter to me that because they are not sure that I won't stay in New Zealand forever, they can't give me a visa. They told me that I don't have enough financial and family ties in my own country.”

A petition has been launched calling on Immigration New Zealand to reverse its decision.

Ghaemmaghami, who is based in the Iranian capital Tehran, said she received a letter from the New Zealand consulate in Washington DC saying New Zealand authorities did not believe she was a genuine visitor and it did not recognise the Documentary Edge festival, which had sent the invitation letter.

She said that many years ago as a young filmmaker she had been invited to a documentary festival in Canada and it had been a bit difficult getting a visa there but had no trouble getting visas for any of the other countries on her current film tour.

Festival director Dan Shannan said the decision was ridiculous and he would be making a formal approach to Immigration Minister Michael Woodhouse.

“All we need is someone in power to look into this case to see that the wrong decision was made here and reverse it,” he said.

Ghaemmaghami's film Sonita followed Afghan teenager Sonita Alizadeh, who was living in Tehran and dreamed of becoming a rap star. Her mother wanted to marry her off for $US9000.

In the film, she journeys back to Kabul to get a visa so she can go to school in the US.

Shannan said Ghaemmaghami was frustrated about her visa and he was not willing to give up.

“This is our 11th edition of the festival and we never had something like that before so obviously it was a surprise for us too.”

Immigration New Zealand said it could not comment until it spoke to its office in Washington.

A version of this story was first published on rnz.co.nz