Purple Pilgrims walk us through their new album, Eternal Delight. 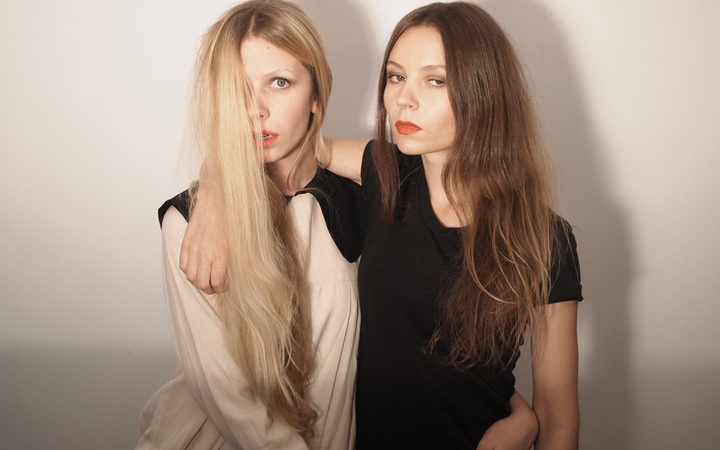 Verse Chorus Verse sees local artists break down the stories behind their music. For the latest in the series, we asked sisters Valentine and Clementine Adams - better know as Purple Pilgrims - about what went into their debut album, Eternal Delight.

We recorded Eternal Delight off the back of nearly two years of continual traveling and had wanted to record for ages but never had the time, or maybe more importantly, the space to do so. As a result, we’d been storing up in our heads a lot of ideas - sounds we wanted to try out etc - so writing happened really naturally.

The whole thing was a huge learning experience for us. We recorded and produced everything ourselves so had to get our heads around new mixing programs etc - in that sense it was by far the most experimental thing we'd ever made or been involved with. When you don’t know the rules they’re much easier to break!

The environment (deep Coromandel bush) in which we recorded ended up having a bigger effect on the album than what we might have imagined. Although we used mostly electronic instruments, quite a few of the songs sound pretty naturalistic in their feel and even structure - which is often sort of fluid and free-forming. Our surroundings became pretty intertwined with the sounds and even subjects in these songs, particularly on 'Penglai’ (which features a chorus of inescapable cicadas) and ‘Thru Evry Cell’.

In that sense, although we’d never call it a 'concept album' (a term that can sound quite cringe), we definitely had some fully articulated ideas / a story that we wanted to express, and we feel like each song explains some aspect of that overall story. It's a bit like a puzzle.

We had in mind this idea of a kind of synthesised nature - trying to articulate this really earthy feeling through electronic sounds and finding a harmony between the two completely opposite worlds. Through that was born this idea of ‘ancient futurism’, creating our own language (not literally) and world - a kind of futuristic Elysium. These ideas kept surfacing while we were recording, but to fully explain it beyond that seems kind of stupid (and exposing), so we'll let whoever is kind enough to listen to decide on the rest!

This album feels a lot like our journey as Purple Pilgrims up until this point. It encapsulates a lot of ideas and subliminal influences collected through our travels and friends who’ve taught us so much along the way. In that sense, Eternal Delight still feels a bit like an open book. It feels weird to talk about these songs as a finished entity in a way. Music is really the most abstract thing you could choose to spend all your time doing! You can’t see or touch it, you can’t pick it up and know when it’s ‘done’ – for us it’s like this big journey and we’re only just figuring out where we’re at and where we’re going and that’s what makes it all so exciting for us.