Formerly known as Tuff Wizard, Wellington-based band Prizegiving (Ali Burns, Riley Brightwell, Wynn McLaughlin, and brothers Zac and Miles Sutton) are back with a new video for their latest single ‘Sarah (Snow)’. To find out more, we shot Miles a few quick questions to ask about the song, the name change, and their debut album No Harm Done, which is due out this side of 2016.

So you’re changing your name from Tuff Wizard to Prizegiving?

Tuff Wizard was a name that me and Zac used when we never showed anyone our songs. Since starting a band and doing things more publicly it became really hard, for me at least, to swallow it. I’m not sure that there are really good band names left anymore, but I think Prizegiving is pretty palatable. I like how it’s used in New Zealand. Also I think it pokes fun at a band like ours.

You came up in Whakatane, but now base yourself in Wellington. What’s changed since then? Has escaping a small town broadened your perspective on music?

I can't speak for the others but I’m mostly just amused and embarrassed that I’m still doing this.

There’s a real authenticity to your songs. You don’t hide your accent, and you often make references to New Zealand too. Is that something you consciously make a point of doing?

I guess I don't have an interest in using an American, or some other accent. We're living in David Dallas' Aotearoa. 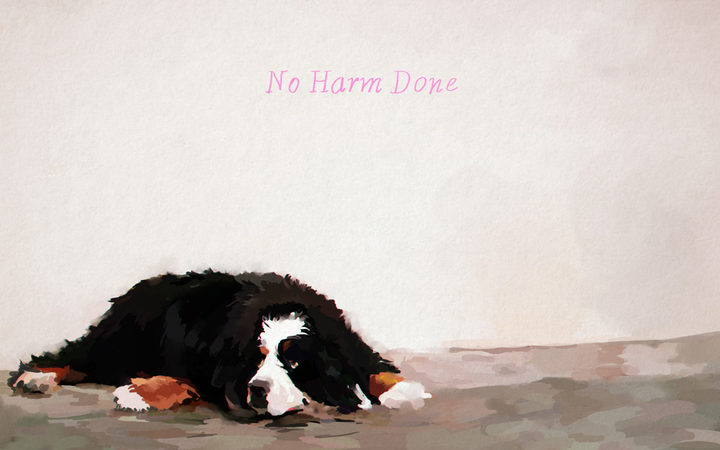 What can you tell us about ‘Sarah (Snow)’, the song we’re premiering?

The video was done by Ali. We’re stretching our legs on the way to Auckland.

With the song, it's sort of about failure, and how songs and writing are awkward things to care about. It’s directed at us though - I should have chosen a more gender neutral name.

Lyrically it's part one, paired with the last track on the record.

I’ve heard you have your debut album on the way. Can you share any more details with us at the moment?

It’s called No Harm Done. There are nine tracks. It was recorded and mixed by the wonderful Cam Wilkes in Palmerston North.

You’ve also spent much of your time lately touring with Eddie Johnston as part of Lontalius’ live band. What’s that been like?

It’s been wonderful. Eddie is a good friend and also one of my favourite artists. I still love playing music with him, Taylor and Daniel as much as I did when we first started. Also his record (due out March 25) is definitely one of the best things I’ve been a part of.