How the full stop is ruining your texts. 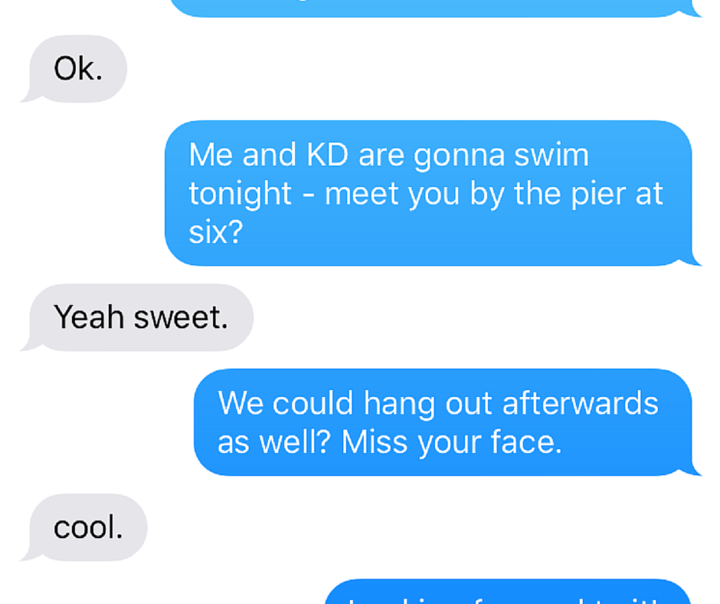 Science has finally provided evidence of what we’ve all instinctively known for years: the humble full stop is the ultimate in text message passive aggression.

Researchers at the University of Binghamton in the US have released a study concluding that the full stop is evil. Or, in their own words: “Inclusion of a sentence-final period in text messages affects readers’ perception of the sincerity of the messages”.

The researchers put 126 students through a series of message exchange scenarios, and in each scenario asked the participants to rate the message's sincerity.

When the exchanges appeared as text messages, the responses ending with a full stop were rated as less sincere than those that didn’t.

They then repeated the scenarios using handwritten notes rather than texts; participants found no difference between those with or without a full stop.

While it’s hard to think a single clump of pixels on the screen can speak such volumes, there’s nothing like a stray full stop to instill a sense of mild anxiety and dread in the recipient.

Why is it that, in text messages, full stops have become so laden with meaning? The researchers concluded that in an age of constant texting, punctuation had begun communicating some of the more subtle social cues that we usually pick up from face-to-face talking.

“We conclude that punctuation is one cue used by senders, and understood by receivers, to convey pragmatic and social information,” they write.

Instant messaging is becoming the primary mode of communication for many teens, with 63 percent texting every day.

But while some parents bemoan the rise of texting, predicting that it will cause a breakdown in our ability to communicate at all, the science suggests our new methods of communication are evolving to include many of the subtleties and nuances - tone, pauses, gestures, gaze - that our verbal language includes.

“As with more traditional forms of communication, people are exquisitely sensitive to subtle cues in [instant messaging], and have created ways to convey important pragmatic and social information in their texts, even without the rich environment that exists in a face-to-face conversation. The mechanisms involved in language production and comprehension are remarkably fine-tuned, flexible, and sensitive.”

Our takeaway? While some social media faux pas are a minefield to avoid (think the drunk text, the accidental double tap), the full stop is one habit we can easily put to rest. Or at least, use more wisely - harnessing its power for good and not evil.