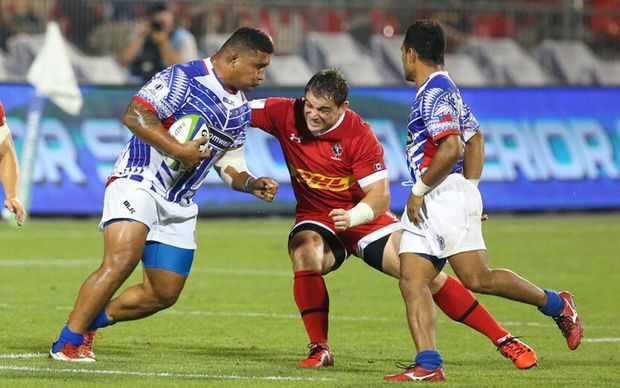 The number of Pacific Island players joining overseas clubs is increasing and researchers say many of them were not being looked after or supported properly.

Samoan rugby player Eliota Fuimaono-Sapolu was signed by Bath Rugby in England in 2006 and knew first-hand what a shock the lifestyle change could be.

"There are a lot of things to go through and it sucks in England 'cause it's like 10 months of winter and I'm not used to that rubbish," he said.

LISTEN to the story on RNZ's Morning Report.

The international opportunities for Pacific Island players were huge and exciting, but they needed to be better prepared for the nature of the money-making business, he said.

"Nothing is set in these international contracts. Every day you have to be on your game.

Former Fiji Rugby professional Koli Sewabu is part of a Massey University study with Dr Rochelle Stewart-Withers looking into professional and semi-professional Pacific Island athletes based in the UK, France, and Japan.

A report in Britain's Daily Telegraph this week about unethical sports agents signing 14 to 17-year-olds to play in France was in line with what his research had found, Sewabu said.

"The increase now tends to be focussing more to its younger players. There's been instances of younger players as young as 13 and 14 starting to get recruited into some of these overseas clubs."

However, he said one problem was that sports agents did not have to be accredited - and some charged excessive commission and provided no insurance for players.

Sewabu was proposing government agencies and international rugby associations introduce a regulatory framework to make agents prove they were legitimate.

"They'll name drop, they'll give indicators and say 'hey listen we can do this, I can organise that, just sign this, don't worry it won't last, it's only for the next three months, if I don't find anything it won't affect you'." 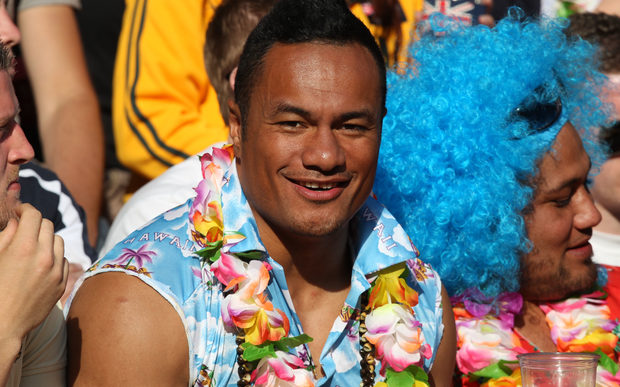 Nichol said he knew players who had had those same agents knocking on their doors 10 years later asking for the commission money that was in the fine print.

In New Zealand, there were only 11 accredited agents and Nichol said they were sound because the association had a say over who was picked.

International interest in Pacific Island players had increased over the last five years and, because it was a money game, New Zealand was also struggling to hold onto its players, he said.

There will be a forum between the International Rugby Players Association, domestic associations and World Rugby after the Rugby World Cup ends in November, Mr Nichol said.

"What this does is it's the ability to really force ourselves to work out how we are going to move forward on this issue - that's the forum that we need at the moment, and World Rugby are really keen on that forum as well."

At a community level, Eliota Fuimaono-Sapolu said he wanted to start a seminar where young players could learn what to expect and how to handle themselves.

Pacific Island athletes needed to look out for each other overseas, he said.