The Wireless presents the premiere for Groeni's new video 'Hedre'.

Beginning as a solo project, Wellington electronica act Groeni have evolved into a fully formed three-piece band. The trio – made up of James Paul, Alexander Green and Mike Isaacs – are about to release a new EP Hinde, and ‘Hedre’ is the first single lifted from the release.

Transitioning to a full collaboration has been paying off, although it’s had its moments. James says that it took a long time to reach the point where all three of them could be brutally honest with each other about their work, but at the end of the day it’s benefited the music more than anything.

“I think the project has been allowed to open up a lot with the transition. We each have our strengths and weaknesses musically and are lucky enough that if there are areas where one of us is weaker then that hole tends to be filled by one of the others.”

The three met at university, where they were all studying music together. From there, Alexander and Mike played together in alt-folk act Fuyuko’s Fables, while James and Mike also “played a bunch of jazz stuff together”.

The production and execution of the clip for ‘Hedre’ is all thanks to Joel Fear, who is actually new to making music videos.

“Joel had the awesome idea of using images from around the globe and having lakes as the centre focus, and juxtaposing this with the more abstracted close-up body footage,” says James.

“We reckon it worked awesome and he totally nailed the vibe we were trying to achieve with the music - like an oddly dark dance track.” 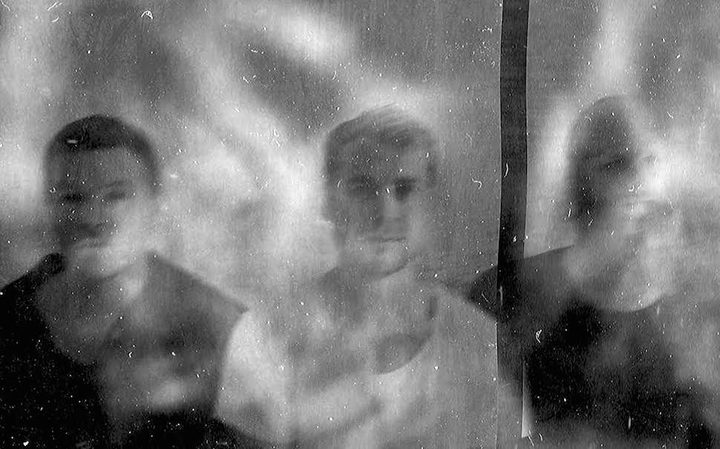 The EP itself tackles ideas from an outsider’s perspective, a distinct move away from the self-reflective approach of Hewn, the last EP Alexander released before the others came onboard. With new band members comes a new focus, and here part of the process was to breakdown and examine certain feelings and behaviours associated with mental illness.

“This analysis of emotion and behaviour is where Hinde digs a little deeper into mental illness, not so much a description of it, but the acknowledgement of some of its attributes. This was addressed mostly through metaphor and as a result the EP has an almost folktale type feeling to it.”

“This whole process of breaking down the way someone feels and manipulating those elements was done in an attempt to understand things like depression and anxiety better and try to share our understanding of it in a more relatable way.”

As for the sound of the EP, the band went for something a bit grittier than what Groeni are known for, moving their focus away from the reverb-heavy and delicate sounds of Hewn.

Naturally, their live show is evolving too, as the band transition from using laptops to instead playing with samplers, synths, guitars and more. The changes will give them a lot more freedom when they head out on a three-date tour of the country in October, says James.

“Now that we are at that point where we don’t have to worry about laptops crashing we can focus on really interacting within the music. I hope that visually and sonically this will be something an audience can really connect with too.”