What exactly is name suppression and what happens to the social media fiends who happen to breach it? The Law Society's Sasha Borissenko finds out. 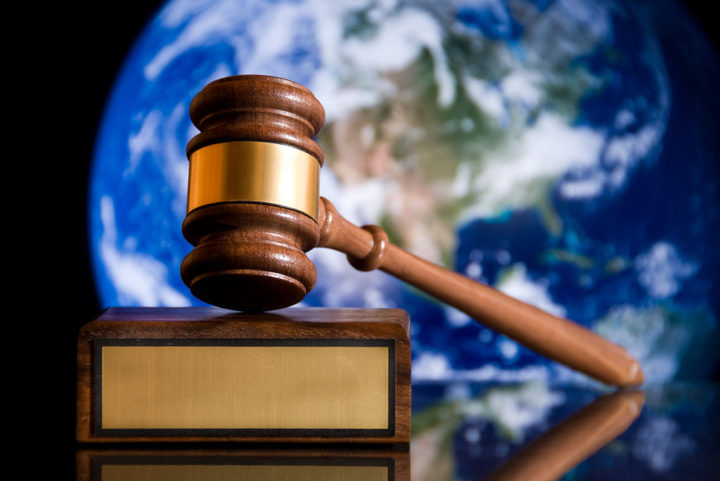 In 2010, blogger Cameron Slater was slammed and convicted of eight counts of breaching name suppression orders and one count of identifying a victim on his controversial and award-winning blog, Whale Oil. This year, Blessie Gotingco’s killer Tony Robertson lost his bid to keep name suppression, meanwhile his past criminal history - including child molestation and abduction of a five-year-old girl - was revealed in the process.

Journalists might say name suppression is a nightmare, that it’s in the public’s interest for an accused to be named and shamed. The public will scream blue murder if another All Black gets it. If it’s not granted, the victim of the alleged offending is brought to the stage - a slap in the face for a second time, they might say.

And for the accused, who is innocent until proven guilty, the publishing of that name could impact their right to a fair trial. Lest we forget the protection of privacy for the accused’s family and their community. It’s New Zealand, after all.

Name suppression - it’s not as simple as “naming the punters in the paper”.

Under the Criminal Procedure Act 2011, in the rare instance when a judge awards a person name suppression, no individual or otherwise can publish their name and any details that may identify them. In this sense there’s the principle that justice needs to be seen to be done, so to deter the likes of Slater and his ilk, who is a staunch supporter of name suppression reform.

New Zealand Law Society South Island Vice President and Partner of Clark Boyce Lawyers Allister Davis says although name suppression is hard to get as a general rule, there are many factors why it might be awarded.

Some examples: If there are children involved; the victim's name may be brought to light; if there are mental health issues; the family of the accused is ignorant of the offending; naming the accused might cause extreme hardship; the accused is under 17; safety is at risk; or it’s sexual offending.

Although “the fresh winds of justice should flow through the courts” mud ultimately sticks, he says.

It would be easy for a jury member to Google an accused’s name and get details of possible previous offending, he says. “It would be so easy to be swayed and have no sympathy. Every accused and case should be treated fairly, individually and be put on trial for that specific offence, not their sins of their past.”

Those who breach name suppression will suffer the full weight of the courts on their shoulders, because it puts the whole system in jeopardy, he says.

Canterbury University law Professor Ursula Cheer says there’s a misconception that suppression is granted too frequently, but it’s in the interests of the media to challenge it.

She quotes figures released under the Official Information Act in September 2014 that show 880 people were granted permanent name suppression in 2009, of whom 218 were convicted. The figure has been dropping steadily each year, reaching 354 granted in 2012, including 222 convicted offenders.

As evidenced by the Blessie Gotingco case, seldom does a person get permanent name suppression, she says. “The cases that are highlighted in the media talk about interim name suppression - orders that are awarded before an accused has been to, or finished a trial.”

Name suppression - only for the All Blacks?

Contrary to popular belief, celebrity status would not be considered a reasonable justification for name suppression on its own, but it might be one factor taken into account, Cheer says.

Every accused and case should be treated fairly, individually and be put on trial for that specific offence, not their sins of their past.

“Courts have a legislative duty to be rigorous and there are now clearly set-out guidelines. We are talking about people who have yet to be put on trial, let’s not forget that.”

“It’s human nature to jump to conclusions. It must be very hard for people who’ve gone through the system and come out the other side acquitted and yet their names are in the media and perhaps online forever.”

But on the other hand, openness is a fundamental part of the justice process, she says.

Of the 354 people who got name suppression in 2012, 132 weren’t convicted, so why should they be named and shamed? And for those who were convicted, could the naming and shaming be seen as double punishment?

Newspaper Publishers’ Association editorial director Rick Neville says that in an open society such as ours, justice should be open - and be seen to be open. This is why media object when they believe suppression orders are being granted too easily.

“It is fundamental to a democratic society and the principle of open justice that the media have free access to the courts.”

He remembers a time when he worked at a regional newspaper and all cases, no matter how small, were reported. Now, due to resource and space constraints, only more serious or high profile cases will be covered.

“While it might be a tedious and time consuming nightmare for reporters, I have to say I’m personally more comfortable covering everything as everyone was treated the same. But that’s not a reality any more.”

But, it’s better to have some coverage as opposed to none, he says.

It’s so easy in the digital age to put things on the internet or repost things that might be subject to court rulings or orders.

The media strives for fairness insofar as reporters are trained to apply balance to the reporting of court cases to ensure, as far as is possible within the constraints of space and time, that both sides of an argument are presented. This approach is also taken in the editing process.

“Having the right to attend any court hearing is very important because it keeps the system honest. While you would hope our system is beyond corruption, you can only imagine the potential for miscarriages of justice if operations were behind closed doors.”

Technology is a huge issue for the courts and the media industry generally, he says.

“The rules and protocols of yesteryears were designed for a system that is now obsolete. What do you do when people turn up to court with iPads and cellphones, what about social media where things are distributed at such a fast rate. It’s a great challenge for everyone.

What are the consequences of breaching name suppression?

Since the new Criminal Procedure Act 2011 was put in place, the rules around breaching name suppression are more clearly defined, and penalties are harsher, Ursula Cheer says.

Imagine you were sitting in the public gallery in court for whatever reason and you unknowingly tweeted the name of the accused or put it on Facebook, despite suppression orders being issued.

Say an individual knowingly or recklessly published suppressed details, the deliberate nature is such that you wouldn’t qualify for a fine but instead be convicted and imprisoned for up to six months. Companies on the other hand could be slammed with a fine of up to $100,000.

“Word gets around like wildfire. It’s so easy in the digital age to put things on the internet or repost things that might be subject to court rulings or orders,” Ursula says.

“Young people have to be very careful about what they publish online. You have to have a good think about what might happen. Luckily police prefer to try and teach people and tell them to take down the content rather than prosecuting right away. Taking down the information is more practical than prosecution.”

While name suppression is bashed about in the media, the aforementioned suggests that it’s more complicated than just celebrities trying to avoid public persecution.

The fundamental principles of open justice and having the right to a fair trial presents a dichotomy that is for some cases, irreconcilable. In any event, if you repost or tweet suppressed details in the name of open justice or freedom of speech, tread carefully. You don’t want to end up in the slammer.

Sasha Borissenko is a journalist employed by the New Zealand Law Society.