Young men and women in New Zealand are devoting their lives to the Church. We hear from some of them about their path ahead.

Jane Maisey spent her twenties exploring, both physically and spiritually, looking at different religions and ways of being. But it wasn’t until the Christchurch earthquakes that she came back to the faith she had grown up in.

“I looked at our Catholic faith with new eyes and a new spirituality, and it's home for me, it's in my heart and how I want to live.”

The earthquakes, she says, were a time in her life that provoked dramatic changes very quickly, leading her to consider one greater still: becoming a nun.

“To be honest, it was a really hard time in my life, and a lot of us experienced a lot of grief and trauma. Through that, though, it opened my eyes.

“I felt really strongly called to live a life of service - that, you know what, I would be really suited to that. Something in my heart sort of changed. Something within me realised - wow, this is for me.”

Jane, now 35, had returned to New Zealand after working as a snowboarding instructor in Colorado and Scotland to start her own company as a designer before beginning her journey into religious life.

“For the past few years, I'd been running a graphic design business, working as a freelance graphic designer and illustrator - very corporate, very fast-paced, things were always changing, so I loved that.”

Something in my heart sort of changed. Something within me realised - wow, this is for me.

Growing up in a rural New Zealand farming town, Jane had a Catholic upbringing - her mother is Maltese - but, though she was taught by nuns at school, as a child or adolescent, religious life didn’t seem like an obvious or viable path.

“The way life was structured in the ‘50s and ‘60s, it was talked about in homes - religious life was promoted. It was common for one family to have one daughter who becomes a sister and one son who becomes a priest.

“But for my generation it hasn't been talked about, so even though I was taught by sisters, and sisters were a part of my upbringing, I thought they were angels or something.”

Though there may never be as many sisters in New Zealand as there were 40 years ago, Jane thinks that a lot of people historically may have entered religious life when they shouldn’t have.

“Now we have things along the way, like a better discernment process. We even have psychological testing as well, just to see - from a psychological standpoint - is this a healthy decision for you?” 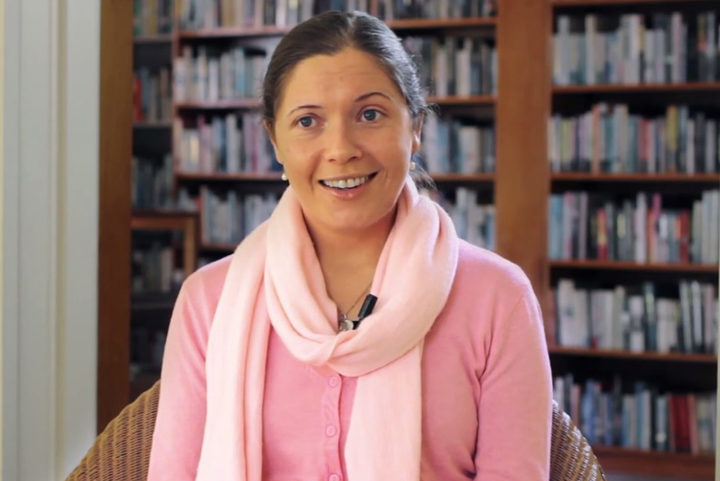 "We are a community of people that love to laugh, love to serve others, and love to love," says Jane Maisey. Photo: Luke McPake

Today, she is on the journey to become a Sister of St Joseph of the Sacred Heart. Though it varies from person to person, it’s a process that often takes around seven years. And while the journey may be long, she says it’s worthwhile having the time to be sure about the decision.

“Before you make your final vows, you really want to be sure that this is how you want to live your life.

“You can leave after final vows are made, it's not like you're going to be banished from the earth or anything. But when you make that commitment, I guess it's like being married; you want to make sure that you're making it for the right reasons.”

Those vows are poverty, chastity and obedience. For Jane, this has meant giving up her moped and graphic design business, romantic companionship, and doing what the congregation of sisters says she has to do.

“But that’s different now, in a sense, too. It used to be that you’re told what to do, and that’s it. Now, if something comes up, if an opportunity is presented to me, I’m asked to talk about it.”

I have been in romantic relationships in the past, I've led a fairly normal Kiwi life, in that sense, but that's a choice that I'm making

Rather than seeing chastity as giving something up, Jane perceives it more as choosing to live out love in her life in a different way.

“It's kind of a big love, as I like to think of it. I have been in romantic relationships in the past, I've led a fairly normal Kiwi life, in that sense, but that's a choice that I'm making.”

Jane spent some time visiting other orders before alighting on the Sisters of St Joseph. She stresses the importance of finding the right order - the one that feels like home.

“Every order is like a different flavour of ice-cream. It’s all ice-cream, but it’s just a matter of finding the flavour that fits you best.”

For Jane, the Josephite “flavour” is characterised by laughter: “being joyful, being kind to others, and being merciful. We are a community of people that love to laugh, love to serve others, and love to love.”

That levity carries through to the other rules of the order, where few of the clichés about nuns seem to apply. They wear their own clothes (“but no mini-skirts!”) rather than the traditional penguin-like habit and, rather than being sequestered away, are encouraged to maintain their friendships and relationships and to work in the community.

Once she becomes a professed sister, Jane hopes to find a way to use her design skills, whether that involves retraining in art therapy, or helping produce church material, like anti-human trafficking campaign posters. 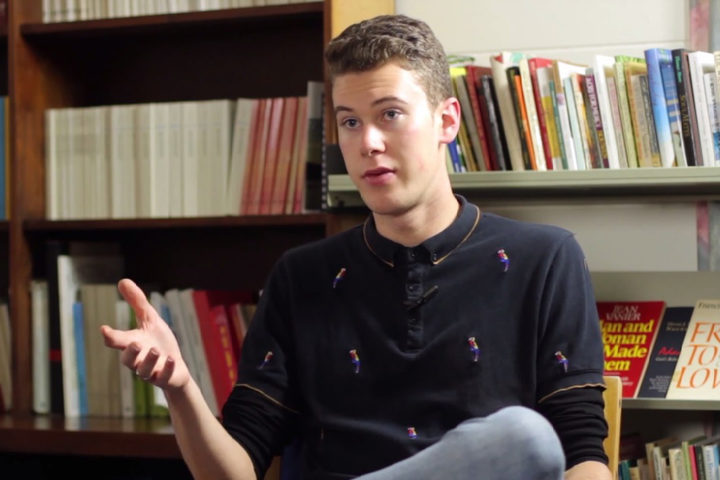 Daniel Kleinsman is a priest-in-training at the Marist Seminary. Photo: Luke McPake

Daniel Kleinsman, 23, and Ben de Souza, 25, are also looking at how to use their skills in the service of the community. They are both seminarians, or priests-in-training, at the Marist Seminary in Auckland’s Freemans Bay, a higgledy-piggledy white clapboard building perched precariously on the side of Hopetoun Street.

Marist brothers are a community of Catholic priests who live, work, and worship together, unlike diocesan priests, who live alone and are responsible for a region, parish or community. They work in the community, often as teachers or doing mission work.

Daniel finished his Law degree at Victoria University and came to see the pursuit of justice as a vocation, he says.

“This presents itself as an attractive and sustainable and life-giving way to live that out, whether that's doing legal work, doing social justice-oriented stuff, community based stuff, ministry as a priest - it could involve any number of things.”

Every day is clearly structured. Beginning at 6:30am with meditation, prayers and mass, they have breakfast as a community and go their separate ways throughout the day. Ben and Daniel spend much of their days at Holy Cross College in Ponsonby, learning about everything from Philosophy and Latin to Church History and Spirituality. At night, they return to pray together and share an evening meal.

The early morning starts don’t bother Daniel, who says he needs a bit of structure to get anything done.

It's really nice to slow down, and sit down, and think about things. And you do that because you have do it, and by doing it you get something out of it.

“If I didn’t have to sit down and have breakfast I probably wouldn't, because I'd be up five minutes before I'm out the door.

“It's really nice to slow down, and sit down, and think about things. And you do that because you have do it, and by doing it you get something out of it.”

He says people are fascinated by the most mundane of rules - whether he can still do what they consider to be normal, ordinary things, like use Facebook or watch TV.

“And I can do those things. But there is less time, and there are rules and routines which restrict your ability to do some of those things.”

They are also often preoccupied with the fact that he too will take a vow of chastity.

“It is celibate chastity but also living as a sexual human being, but living that life in an affective way.”

What that means in practice, he says, is not denying yourself the opportunity to love, or to love others, but learning to do so in a different way.

“Of course, committing yourself to this particular way of life, and of love, is a commitment to the exclusion of other possibilities, as with any commitment, but it is one that I believe, and have seen in others, to be life-giving and fulfilling.” 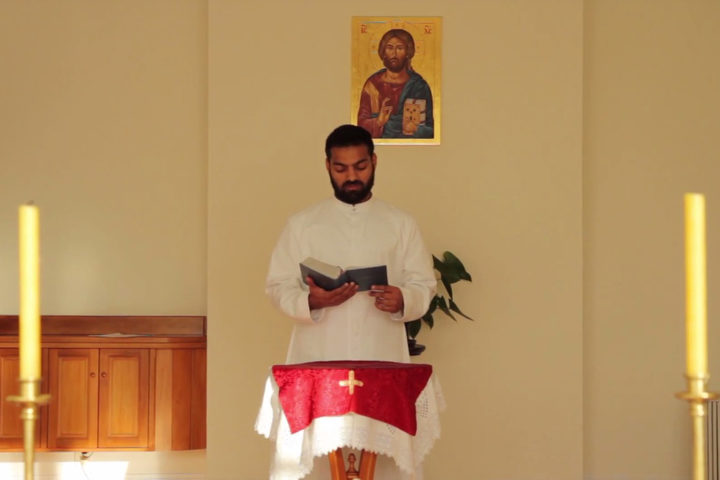 Ben de Souza says he might like to be involved with working with underprivileged youth or in education. Photo: Luke McPake

For Ben, joining the Marists first crossed his mind when he was a teenager, when he learned that his great-uncle Benedict, who he had been named after, was a priest.

“I thought, 'Oh, maybe that could be me.' But I sort of filed that away, back of my brain, didn't really take it seriously, until a couple of years after that, when I was about 21.”

He studied at the University of Auckland and trained to be a teacher before joining the seminary. Once he’s finished his training, Ben says he might like to be involved with working with underprivileged youth or in education.

“I heard the testimony of a Marist priest who was a teacher and so I thought, I could be doing that, I can see myself doing that as a priest. I didn't have a girlfriend at the time, so it made it seem like a viable option.”

But there is a long way to go yet. Becoming a Marist priest takes nine years, including some time in Rome, and as much as 50 percent don’t make it through to the end, though many, like Daniel’s father, remain close to and part of the church.

That decision making process is called discernment. “It’s a sort of religious, very churchy word - it just means trying to figure out what God wants us to do in our life.”

I didn't have a girlfriend at the time, so it made it seem like a viable option.

Leading up to his first set of vows last year, Ben and his cohort of 10 spent two weeks in silent retreat.

Clutching cups of tea, Ben, Daniel and the other seminarians sit around a big table in the sunny front dining room, discussing a recent Church Latin test. There is gentle ribbing about apparently obvious mistakes (“No way! With the passive, it becomes the accusative, bro!”), but a clear sense of camaraderie and community.

Ben says that this comradeship is one of the best things about living in the seminary.

“When someone says something funny or makes a mistake during prayer, it's always a time when we laugh the most, because we're not allowed to laugh, and so that's always a good time, and some good memorable moments.

But the experience has not been without its doubts.

“After each doubt, I'm strengthened in my faith and in my love for God, and I guess with my decision to persevere through and continue on in my journey.”

And for Jane, the experience still occasionally leaves her speechless.

This content is brought to you with funding support from NZ On Air.