“Women, lower your standards,” the headlines scream, as yet another article about the "man drought" hits the presses.

Educated women in their thirties, the upshot is, are going to die alone under a pile of cats still bemoaning their spinsterhood. 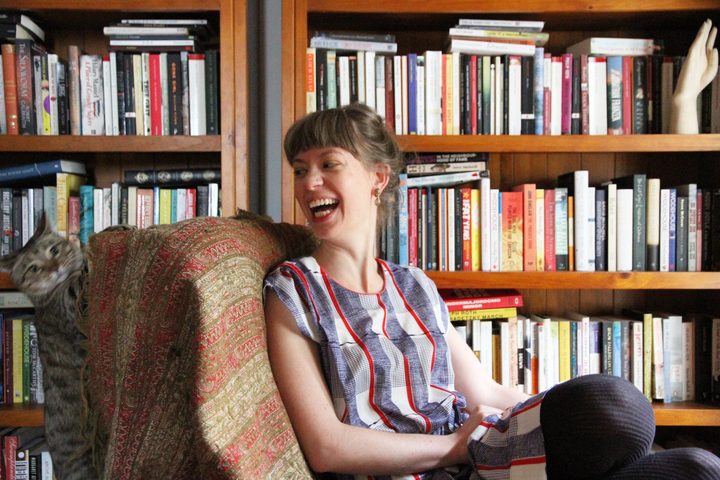 According to the 2013 Census, it is poorly educated New Zealanders – of both sexes – who are most likely to be single. But for women who had not embarked upon a formal partnership by the time they reached their 30s, those with a degree were half as likely to be able to partner with a man in their age bracket who shared their educational background than were those women who had only a high school qualification, or no qualification at all.

New Zealanders have a history of “like partnering with like” – we like to be able to shack up with someone with a similar educational level as us. But for many New Zealand women, that just isn’t possible.

Writer Hannah August wants to change the conversation about those stats, after one too many articles which looked at the numbers, but didn’t actually speak to women.

“One of the things I hope I managed to show in the book is that actually pretty much every woman has a different experience. Some are a little bit similar, but we need to look at this whole diversity.”

“We’re still perpetuating this – myth is maybe too strong a word but it’s of that ilk – this idea that we’re going to live happily ever after with one person.”

Back in May, the New Zealand Herald reported there are 91 men aged 25-49 for every 100 women. Worse still, it said, there are now 155 women aged 30-34 with a degree or higher education qualification for every 100 males in the same group.

“Don’t be so fussy,” is the advice in the Herald article, which Hannah finds patronising. “All these articles that say ‘lower your standards,’ we really have to trust woman to know what is right for them in a life partner.”

“As far as that advice is useful, the only two things that are worth paying attention to are ‘be clean’ and ‘be friendly.’”

News articles about the “man drought” often also include quotes from the people behind internet dating sites. “Online dating – buoyed up by strategic marketing and the positive media commentary of those with a commercial interest in its success – is incontrovertibly on the rise,” writes Hannah in her book, No Country for Old Maids. While there are clearly internet dating ‘success stories,’ she writes, there will always be some people to whom such technology is not suited: who reject what they perceive as its artificiality; who resent its aura of competitiveness and commodification.

Hannah points out that when you look at the gender breakdowns of dating sites, there are way more men online than there are women. “It’s hard to know why that is, whether it is just that men are more willing to take a punt; they’re not maybe approaching it as seriously as women are; or whether some of them aren’t single.”

She’s very conscious that the book not be seen as “sob stories” from desperate women. She believes it’s possible to talk about the "man drought" in broader and more considerate terms.

“We’re very keen to put people in boxes,” Hannah says. “When I had these conversations about ‘happiness’ with these women...the ones who seemed the most content were the ones who pushed back against those boxes.”

The book cites a 2013 Treasury publication which demonstrates that in 2007/08, fewer than 50 per cent of 35–44-year-olds nationwide who did not yet own their own home could have afforded to do so. “Crucially, this figure applied to those who were in couples: for single 35–44-year-olds, the figure was less than 15 per cent.”

In Auckland in 2007/08, just under 40 per cent of all non-home-owning couples would have been able to purchase a home; for single people, those who could afford to give up renting amounted to less than 10 per cent of the uncoupled population.

“One of the reasons we need to talk about long-term renters rights,” Hannah says, “is that we’re seeing a drop in partnerships for both women and men, and so you will be seeing people who are sharing flats into their thirties and forties, and how do we make that sustainable?”

As well as the impossibility of owning a home, Hannah says, maybe people should relinquish the idea that a partner, kids, a dog, and a picket fence is the key to life. Lots of the women she interviews could see friends who had all those things who weren't happy either.

So the idea that we hold this up as an ideal of happiness, something they should be striving towards, it kind of whitewashes the idea that pretty much everybody’s life is a mixture of ups and downs.”

Anyway, she says, “the picket fence is too expensive to be the key to happiness these days.”