In part thanks to Caitlyn Jenner, Janet Mock and Laverne Cox, trans* issues are getting more media coverage than ever. We look at the science of gender and how people express it. 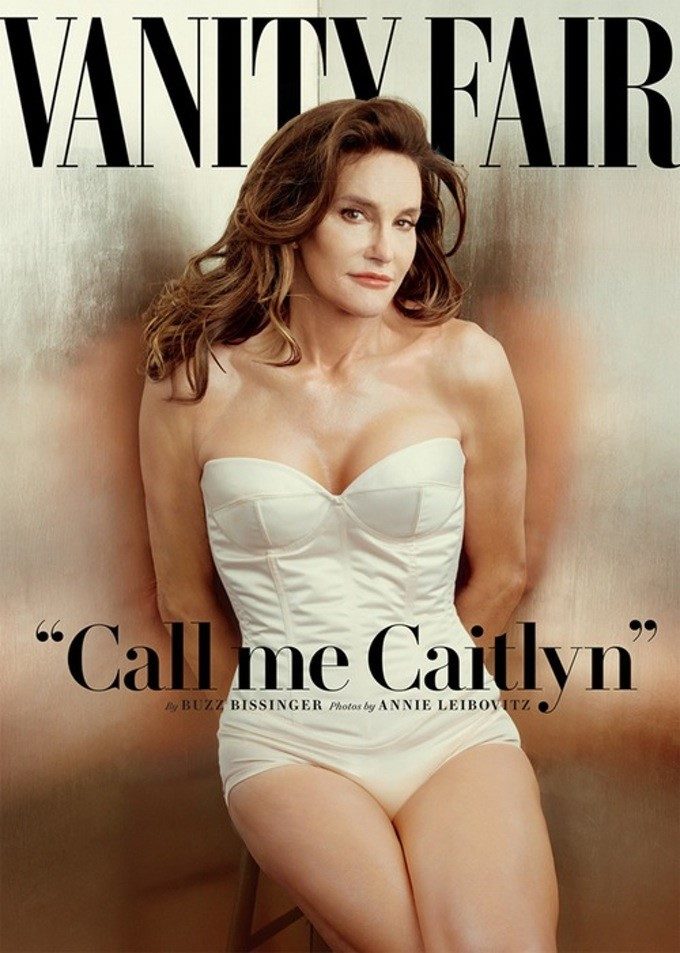 When Caitlyn Jenner revealed herself in Vanity Fair she said "I wish I were kind of normal. It would be so much more simple...The uncomfortableness of being me never leaves all day long. I'm not [transitioning] to be interesting. I'm doing this to live."

But why didn’t she feel “normal”?

Imagine yourself in a similar situation. At the least, you might be wondering why you're the gender you are.

The first thing to understand is that your sex (whether you’re born male or female), your sexual identity (whether you’re attracted to men, or women, or both, or neither) and your gender (whether you act in a masculine or feminine way) are all separate things. The way those aspects come together decides your overall identity.

This is a complicated concept, so we made a quick tool to help you understand. (With the caveat that this is all much more complicated than three boxes can allow for.)

If you look at the tool for more than a few seconds you’ll realise it is a horrific oversimplification of the complicated stuff involved in gender identity. For a start it completely excludes asexual and intersex people. For a slightly more accurate model take a look at the (admittedly problematic) Genderbread Person. 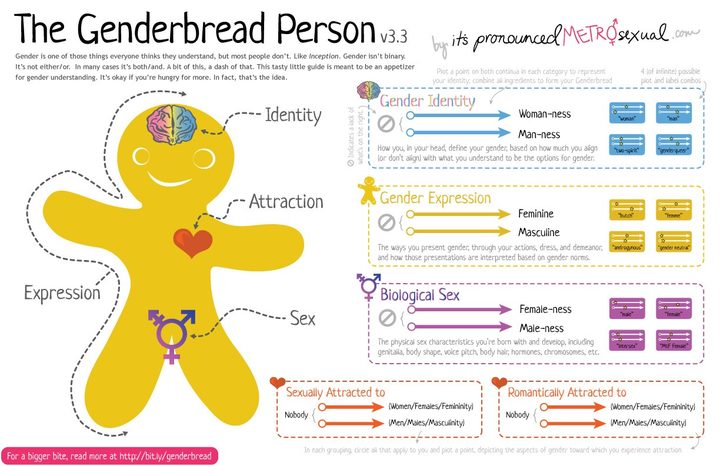 When you’re playing around with the switches on the Gender Decider or the sliders on the Genderbread Person you yourself get to decide the inputs which determine your overall sexual and gender identity. But what is it that selects these switches and tunes these toggles in real life?

According to bio-psychologist Dana Bevan, who is herself a male-to-female transsexual and the author of two books on the subject, the answer is mainly biological rather than psychological or cultural. (Dr Bevan herself uses ‘transsexual’ – which has a specific scientific meaning – GLAAD has an explainer of all the different terms.)

The most compelling evidence for a genetic basis for gender comes from twin studies.

Twin studies are useful because if a trait is shared by identical twins (which have identical DNA) but not by fraternal twins or siblings (which don’t) then you can be pretty sure that genetics rather than upbringing or personal choice is the cause of that trait.

“Epigenetics are mechanisms which occur prenatally and postnatally (before and after birth) that are not DNA related per se” explains Dr Bevan. “Some of these epigenetic mechanisms are actually chemicals that accompany DNA in fertilisation and change how it’s expressed.”

The ability of epigenetic factors to change the expression of DNA means that two people with identical DNA can have different traits. You and your identical twin might both have the genes for transgenderism but if you have different epigenetics then one of you might end up having those genes switched on while the other doesn’t.

Epigenetics is a rapidly evolving and complicated area of science and scientists are still trying to work out which chemicals cause epigenetic changes and how those changes occur. For example it’s a curious fact that your chance of being born as gay man increases depending on how many older brothers you have. There are some theories for why this happens but it’s far from settled.

Genetics and epigenetics also don’t work in a vacuum. While biology might decide how people feel about their gender, how that feeling is expressed comes down to choices and culture. “It takes culture to set up these gender behaviour categories” explains Dr Bevan “in some cultures people can move between gender categories. In our culture that’s a taboo thing.”

In cultures where that taboo is weaker transgender people often identify as a separate gender entirely. Many American Indian tribes embrace a third gender category sometimes known as a “two-spirit” in which people identify with both male and female spirits. 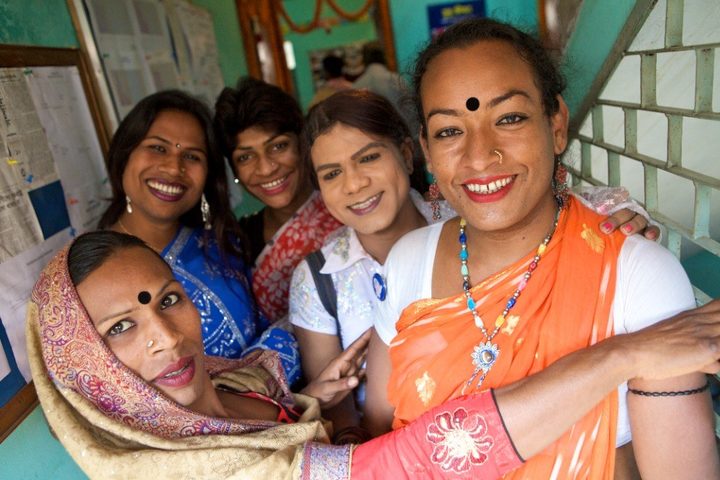 A group of Hijra in Bangladesh Photo: USAID

Other cultures have other, non-binary approaches to gender behaviour. In Southern Asia transgender people sometimes identify as a third gender known as Hijra. Closer to home there are estimated to be about 500 Fa'afafine, a Samoan third gender group, living in New Zealand.

Dr Bevan first told her mother she was a girl when she was five years old and spent years studying the science of transgenderism but she only came out in a letter to her two adult daughters in 2014 after what she estimates was 45 years in the closet.

“I became a psychologist and got into physiology because I was really looking for explanations about myself” she said. “I wanted to understand enough about transgenderism and transsexualism that I felt comfortable doing transition from male to female … All along the way I was grasping for pieces of information - science that would help explain the phenomena. It was personal as well as being of scientific use.”

But support from academic establishments and funding agencies is still lacking.

“So far I’m still waiting on the first grant” she said. “Given the number of people it affects and all the other phenomena ... including suicide … understanding it and dealing with it should be a priority but instead it’s not politically correct.” The suicide rate for transgender people is around 40 percent, 25 times the average.

That sounds bad enough but Dana Bevan said the actual suicide rate is probably higher because at least some transgender people are killing themselves without ever coming out.

Dr Bevan believes those figures are an argument for better support for the mental and physical health of transgender people by insurers and governments. “Actuaries have found it’s a break even deal. If you cover transgenderism and transsexualism the money you spend in operations and treatment is more than made up for by the reduction in suicide attempts and depression treatment and other things” she said.