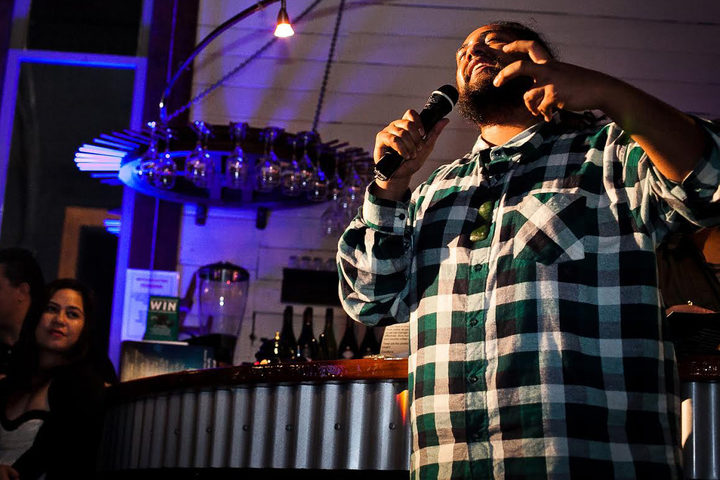 The audience can expect an evening of engaging and passionate poetry that it is a bit out of the ordinary.

The event’s organiser Ali Jacs says spoken word poetry has only entered the poetry scene recently, but is an exciting new way to celebrate Matariki.

“Traditionally, oral storytelling has been an important feature of Matariki celebrations, so it's great to bring this unique twist to the festival.”

The rules on content aren’t strict, but poets are encouraged to speak about Matariki and share their experiences and connections with the Maori New Year.

Rowdy appreciation for the poets is encouraged and the audience will be kept in line by ‘Slam Master’ Te Kahu Rolleston, winner of the 2013 New Zealand National Poetry Slam.

“Because it’s such a raw form of poetry there’s a lot of stuff that doesn’t happen with on the page poetry -  it’s the expression that counts. A lot of people are able to feel it and so you’ll have the room rising up and screaming because they relate to what you’re saying.”

Te Kahu was a guest poet at last years poetry slam, and says the competition got pretty heated.

“A lot of the time MC’s try and encourage the audience to snap their fingers to cheer, but last year there was no way you could stop people from screaming, cheering and clapping”

“When people see it is a poetry event they think ‘ohh poetry’ but when they get there and see the sort of poetry that’s happening they always want more - and they always come back” says Te Kahu.

Twelve poets will battle it out to be the 2015 Matariki Poetry Slam Grand Champion.

Each will ‘slam’ one poem, then the judges will cut half of them out and send six through to the final.

The final six poets will then slam another poem each, and the judges will pick first, second and third place poets.

Guest judges this year are Hinemoana Baker and Karlo Mila, who will be joined by three randomly selected members of the audience.