Synthetic drug NBOMe is being sold to New Zealanders as LSD, but its effect could be much more dangerous. 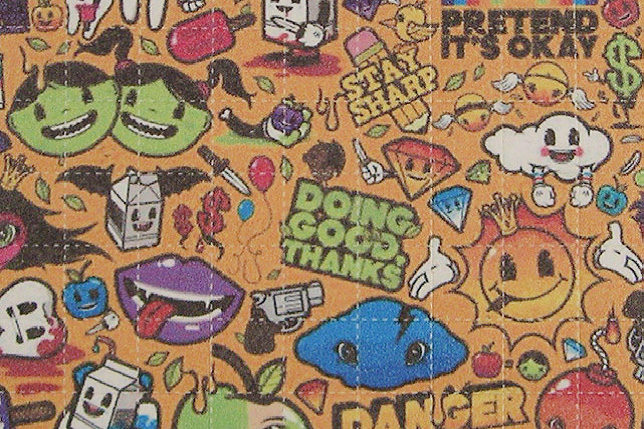 Tabs of NBOMe’s, which are often sold or given to people disguised as LSD. Photo: Supplied

Bob* knew something was wrong when the tab of LSD he put on his tongue tasted unusually bitter.

Within minutes he felt lethargic, like he couldn’t walk or stand up, and 10 minutes later he was throwing himself at the walls and windows.

His friends realised he was beyond their help so they called the police, and six officers arrived and strapped Bob on a seizure board.

“I have no idea what I was doing and what was happening,” he says.

He was taken to hospital, where he was put on life support because of bleeding in his brain.

“I was just fighting to stay alive. I’m not sure what was going on outside of that cause I was just inside my mind and doing my best to stay awake and fight it.”

What Bob took was NBOMe - a psychedelic drug derived from a class of chemical compounds called phenethylamines.

Phenethylamines are naturally occurring, but their structure can be modified to create new substances with different properties, such as weight loss supplements and mood boosters.

NBOMe is synthesised from this chemical compound, but has been modified into a psychedelic and hallucinogenic stimulant which imitates LSD, and is cheaper to make.

Toxicologists say the most common reaction to NBOMe is seizures, confusion, hyperthermia and violence.

Middlemore Hospital toxicologist Chip Gresham says NBOMe is modelled off LSD. “Many people have labelled it as “designer” or “synthetic” LSD as it is a psychedelic drug resulting in "trips" that can be similar to LSD use.”

However, he says they are usually just known as NBOMe, but are sold or given to people disguised as LSD. 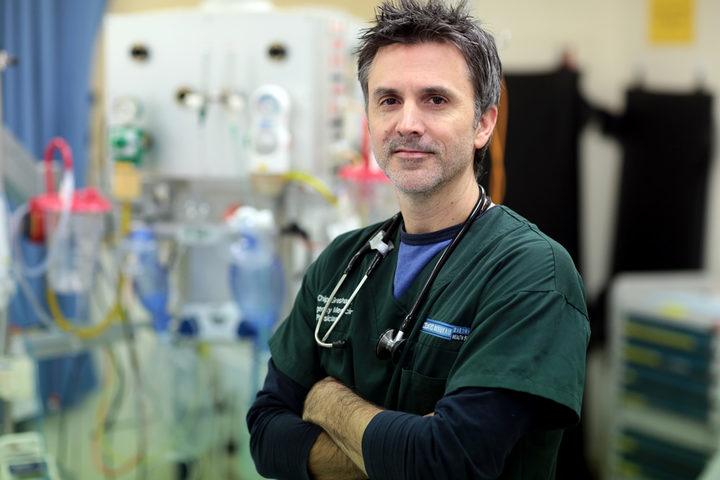 Gresham says the danger with NBOMe is that the dose-response curve is completely different from LSD and people take it expecting the same response, but instead it could be 10 or 20 times more potent.

Auckland has only had one NBOMe user admitted to its emergency department, but it seems to be more prevalent in Wellington and Christchurch, Gresham says.

Earlier this year there was a handful of people affected by NBOMe, and just last week Wellington hospital had several more.

Doctor Quigley says Bob’s experience is not surprising, as NBOMe causes an extremely high heart rate called tachycardia and a high enough blood pressure to cause a stroke, which combines to give people a lot of energy.

Wellington Hospital’s recent NBOMe users have been quite violent and disturbed, needing four or five people to restrain them so doctors can sedate them.

“We are literally having them standing naked in the middle of the road yelling at cars”, Quigley says.

And because of how the drug works, a hospital environment often freaks them out more.

“It’s that switching of senses, so light becomes sound and sound becomes light. The problem with emergency departments is that they are actually very noisy and bright places, which makes their hallucinations worse.”

The drug has been present in New Zealand since 2012, but Police say they can’t confiscate or seize it because it hasn’t been classified under the Misuse of Drugs Act.

However, it is scheduled as an unapproved product under the Psychoactive Substances Act, which means Police can fine people who have NBOMe on them.

The Ministry of Health says they have advice on classifying NBOMe pending from the Expert Advisory Committee on Drugs.

Quigley says he is pushing for it to be classified and tested on humans, so that people can identify what a safe dose looks like.

“We see sporadic outbreaks of it. It is an ongoing problem, but it happens in such a random way that you can’t draw any conclusions as to whether the problem is increasing or decreasing.”

Dr Gee says there has been 19 deaths reported worldwide with drugs containing the same compounds as NBOMe.

Ross says this is the new reality made possible by online drug markets, which means a different approach should be taken to educate people.

“The best channel in New Zealand is through online drug user forums. Websites like ‘tripme.co.nz’ are the best place for people choosing to use substances, it has credible messages about new substances, particularly for novice users who don’t know what to expect.”

Ross says he thinks NBOMe is such a dangerous substance because it’s easy to take too much if people think it is LSD. He says there are many unscrupulous dealers selling dangerous drugs marketed under a different name.

Bob tried another tab last weekend which turned out to be NBOMe again.

“I got pulled back into the same headspace as last time, it happened all over again, I collapsed and blacked out and my mates had to look after me.”

Bob says his experience with NBOMe has been a wake-up call.

“Since then, I’m never doing it again.”