He's the most famous man in New Zealand today but who, exactly, is Grant Elliott? 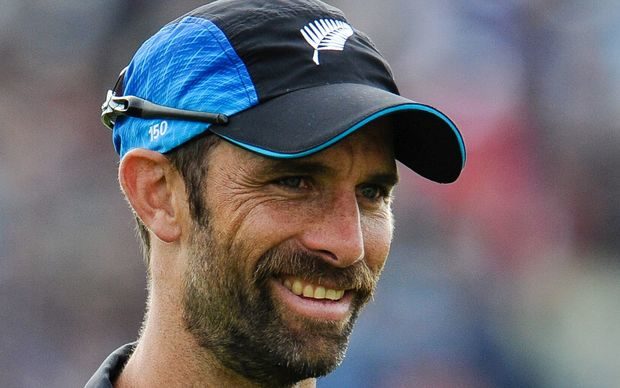 The Blacks Caps number 5 and sometime bowler Grant Elliott guided the team to victory over South Africa in last night's Cricket World Cup semi-final. His heroics won him the man of the match award and New Zealand a place in Sunday's final.

Here are eight things you might not have known about Elliott:

1. He was born 21 March 1979, in Johannesburg, South Africa, which, in cricketing terms, makes him no spring chicken.

2. After playing a lot of cricket in South Africa he left in 2001 in an attempt to further his game. In March 2008 he was named in New Zealand's test squad to face England, playing his first game for his adopted country when Jacob Oram was injured. He played only five tests, having more success in one-dayers.

4. As befits a chap who has played cricket across the globe he has picked up a few nicknames including: Shunt, Hairy, Javelin and Magic. After last night you'd think the last one might stick more.

5. He is the son of a plastic surgeon.

6. Former New Zealand test cricketer Ken Rutherford was his captain at provincial level in South Africa and advised him to leave to achieve higher honours.

7. Elliott was a surprise inclusion in New Zealand's cup squad, with Jimmy Neesham expected to get the nod ahead of him. He has repaid the faith.

8. When he lost his bat sponsor in 2009 he joined together with some Wellington teammates to import willow from India. The result - the aptly named Buzz bat. The buzz is all about Elliott today.

Some reaction on Twitter to Elliott's feat last night:

Still dancing from our Kiwi win against South Africa #NZvSA #CWC15 #GrantElliot thank you for that beautiful 6 to secure our place! :-)

Grant Elliot could probably stop earthquakes with his coolness