More than 20 years after he was sent to prison, Teina Pora's convictions for the rape and murder of Susan Burdett are overturned. 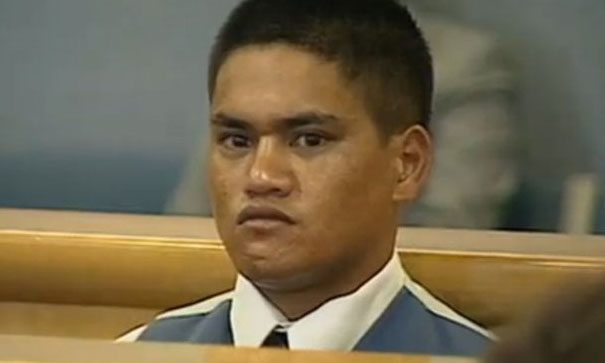 After 20 years in jail, Teina Pora was granted bail in March, 2014. Since then, he has found a job done some study, and “re-integrated into the community”. Last night, his conviction was quashed by the Privy Council in London. Today is the first day he has truly been free.

The 39-year-old was with friends and family as he celebrated news of the decision. “We were able to tell him a short time before the decision was handed down by the PC (Privy Council) that his convictions had been quashed,” lawyer Jonathan Krebs said.

He was initially speechless but as the news sank in he was “probably the happiest man in the country”.

“It was a very emotional moment, very poignant. He was silent for a while as the reality of the situation sunk in and then the smiles began, and we discussed all of the different ramifications.”

Pora has twice been convicted for the 1992 rape and murder of Susan Burdett in South Auckland.  Last night's decision means those convictions no longer stand. Lawyers have a month to make submissions on whether there should be a second re-trial.

Burdett was raped and murdered in her home in March 1992. In May 1994, Pora was convicted of both crimes (and of aggravated burglary of Burdett’s home) following a jury trial. In 1999, the New Zealand Court of Appeal quashed the convictions and ordered a re-trial. On his re-trial in March 2000 he was again found guilty. He again appealed to the Court of Appeal. That court dismissed the conviction appeal in October 2000.

So, the system works, albeit way too slowly. Twenty years was too long for Pora.

Pora became entwined the case when on 18 March 1993. Then aged 17, he was interviewed by the police about a stolen vehicle. In the course of the interview he asked whether the police had apprehended anyone for the murder of Burdett.

When he was told that they hadn’t, he said that he knew who had committed the crime. There then followed a series of interviews over the course of four days during which he gave various accounts, first of his knowledge of and later his involvement in the burglary, rape and murder of Burdett. These confessions were put to the jury in both of his trials as evidence of his guilt.

Imagine what it must be like waking up today a free man for the first time in 22 years. Actually it's impossible to imagine that. #TeinaPora

The justices upheld the main branch of Pora's appeal after four months of deliberation. They ruled new scientific evidence of a false confession raises the unquestionable risk of a miscarriage of justice.

The Privy Council heard expert evidence from two medical witnesses that there was a risk of a miscarriage of justice and that Pora’s confessions may have been false.

The Privy Council concluded [pdf]: "the combination of Pora's frequently contradictory and often implausible confessions and the recent diagnosis of his FASD [fetal alcohol spectrum disorder] leads to only one possible conclusion and that is that reliance on his confessions gives rise to a risk of a miscarriage of justice.”

Susan Burdett’s brother, Jim Burdett, said he is “unsurprised” by the findings. “I’ve believed for quite some years now that Teina Pora didn’t do it. So of course it’s the right decision.” Asked if he would be willing to meet with Pora, he said that was up to the newly free man.

“That's a possibility... He's the one who's been through the mill on this.”

When his first conviction was quashed in 1999 DNA evidence from semen found at the murder scene linked a convicted sex offender to the attack. That DNA belonged to Malcolm Rewa, a serial rapist, who was eventually convicted of the rape of 27 women, including Burdett.

But he wasn't convicted of her murder.

Pora's lawyers had argued that Rewa would never have taken a young man with him because he would have been embarrassed about his condition.

However, the Privy Council found that it was speculative to conclude that evidence about Rewa's condition could have influenced a jury.

Teina Pora free, but what now - my cartoon in today's @nzherald #privycouncil pic.twitter.com/c6yyrA7V1C

Crown Law and the Solicitor General will review the Privy Council decision and talk to police and the family of the victim in the case. A spokesperson said the office would be making submissions on whether there should be a retrial but had not made a decision.

The police said they would take their time to fully consider the judgment and expected to hear from Crown Law about any submissions the crown planned to make. Assistant Commissioner Malcolm Burgess said the Privy Council reinforced that no police officers exerted pressure on Pora to confess.

The Dean of the University of Canterbury’s School of Law associate professor Chris Gallavin says there “most certainly” should not be another retrial. He says New Zealand needs a Criminal Cases Review Panel.

“The Bain case, the Lundy case, now Teina Pora and not to mention the serious concerns that still hang over the Peter Ellis investigation, trial and conviction and also the Scott Watson case illustrate that problems do occur within the system for which the process of appeal is not entirely equipped to deal with.”