Stories from the frontline of the annual Great Flat Hunt. 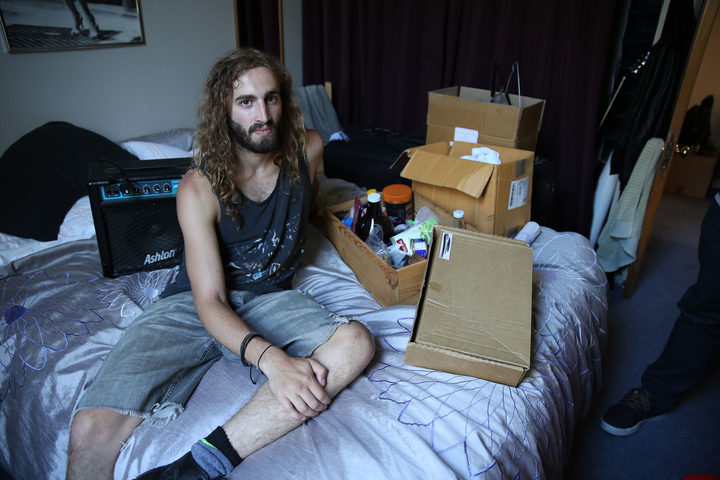 William Odey has just moved back in with his parents.

After weeks looking for a new flat, the 22-year-old biology student hasn’t been able to land one. Now he and his flatmates are leaving their six bedroom Aro Valley flat which William describes as “damp, cold and expensive”.

The beginning of each year is a notoriously hard time to find a place to live. January is Trade Me’s busiest month with rental listings clocking an average of 24,000 hits a day.

It’s partly because the country is in the midst of its annual student migration and, like something out of a David Attenborough documentary, thousands of university-goers are flocking to the major cities for the start of the academic year.

But William is moving against the pack, shifting out of the city to his family home in Wellington’s Lyall Bay. He puffs a little as he moves furniture and boxes into a rental van parked outside.

“The last four flats I lived in have been horrible during the winter months, riddled with mould and really leaky”, he says. “Landlords say you’re paying for the location because it’s five minutes to university but it’s lacking in every other department.”

William tried working part-time to fork out a bit extra for a decent house but juggling a job and a science degree was more than he could manage.

“My grades just bombed because I was focusing too much on working and trying to survive when I should’ve been focusing on actually achieving,” he says.

But it’s not just students that are struggling; young professionals are also getting caught in the sticky web of renting woes.

MOVING IN WITH THE BF'S PARENTS

Graphic designer Samantha Wilson, 26, has spent the last three months living with her boyfriend, Boris Jancic, at his parent’s place in Takapuna. “Living on the shore is not handy for either of us and it’s been hard because I feel like I’m intruding”, she says. “I mean, Boris’ parents have been amazing but it’s their house, you know? It’s not mine.” She and Boris have checked out over 30 properties and at one point they were viewing three flats a day.

“The quality is real crap. Sometimes it’ll be small things like the cupboard won’t close properly or the wallpaper will be mouldy. One place we looked at in Parnell looked like the carpet had rotted away under a pot plant.”

Out of the stack of flats they’ve viewed, only two have been worth applying for. The couple got neither and flat hunting is starting to take a “technological toll” on Boris.

“He used his entire month’s data on TradeMe,” says Samantha. “In the space of this conversation, he’s checked property listings three times!”

The problem in Auckland is the number of people looking for low to medium cost rentals is greater than what’s available. It’s the classic supply and demand scenario and the limited stock is pushing up rent prices all over the region.

A 2014 report shows an average rental price increase of 4.7 per cent across Auckland or about $21 extra a week. If you’re a student, that’s money that could be spent buying 35 packs of Mi Goreng or a 10kg bag of rice.

It’s a financial burden resting heavy on the Government’s shoulders, too. Over half of private sector renters get accommodation assistance, payments that help with the costs of renting and sometimes mortgages, meaning the Government spent $1.2 billion helping us pay our rents last year. 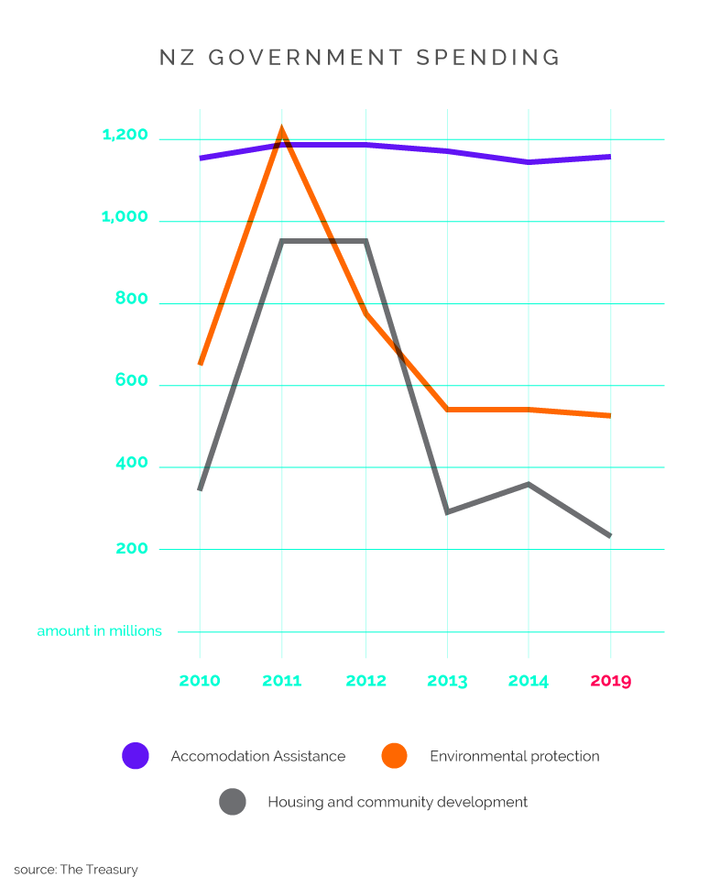 The big question is, will rent continue to rise? Ian Mitchell, the author of the Housing Research Bulletin, thinks it “probably” will.

“The unknown part of the equation is how fast the supply is going to grow,” he says. “There has been a lot of debate in recent times about the Resource Management Act and whether there are too many building controls in place.”

Mitchell says it’ll come down to how willing councils and the Government are to build low-cost dwellings in locations where people want to live.

But he also said there will be a push to get people out of social housing and into private rentals - a move that will most likely disadvantage the lower end of the rental market.

“Currently, around 3,300 tenants are living in Housing New Zealand properties but are earning too much to get an income-related rent subsidy. These market renters could in many cases go into private accommodation,” he says.

TO THE HIGHEST BIDDER

One of the spinoffs of an over-saturated rental market is that securing a flat can turn into a bidding war.

Rebecca Jones, 25, says despite having a fulltime job and good references, she has missed out on flats because she and her partner refused to pay landlords more rent than was advertised.

“I don’t think many people know it happens. We only found out because a landlord actually asked if we were willing to pay more rent than another couple”, she says. “We don’t want to go in and have to offer more money. The rent price is set and it shouldn’t turn into a bidding war.” 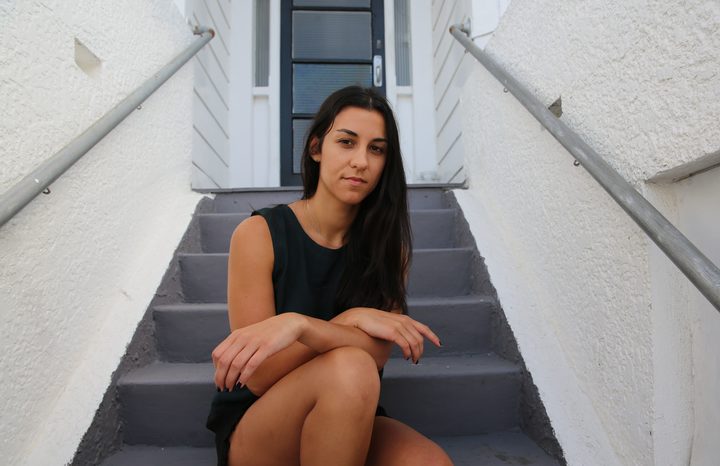 Rebecca has been looking for a house in Wellington for nearly four months. Her lease is up at the end of February and her partner has already planned to move into a backpackers if they can’t secure a place in time.

“There are just so many people. We went to one place and showed up early, but everyone else had the same idea”, she says. “We counted 55 people on the street waiting. Neighbours were coming out to ask what was going on.”

To add salt to the wound, Rebecca’s sister lives in Tauranga and pays about $330 for her three-bedroom house in the centre of town – about $5000 less than she will probably end up paying a year.

“We’re not expecting to pay that little in Wellington but it is quite depressing knowing how much we have to spend on rent,” says Rebecca.

READ: What kind of three-bedroom flat can you get for $380 per week? We check TradeMe for the best places in Auckland, Wellington, Christchurch and Dunedin.

Not surprisingly there is a lot of variation in rental prices across the country. Among the main university centres, rent for a three-bedroom property ranges from $315 in central Dunedin to over $800 in Ponsonby. 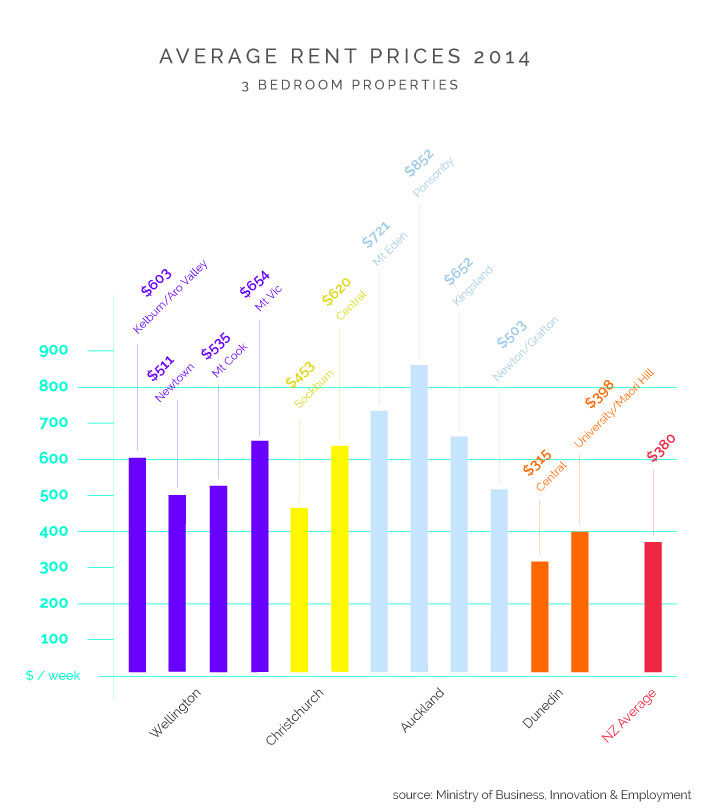 LOOKING TO THE FUTURE

For students and yo-pros, the struggle is real but statistically we’re not the ones suffering the most. The people spending the highest proportion of their income towards housing are 65 and over and the data is staggering. About 34,000 - half of all elderly who rented homes in last year's census - are counted as being in poverty.

It’s the people who haven’t made the transition to owning their own home during their working life that have a difficult time surviving in the private rental market during retirement, even with assistance from the accommodation supplement.

The worrying part is, as fewer young people own their own homes, the more of us that will be in the same situation when we hit old age.

Younger households are living in rented accommodation for longer and not achieving the same rates of home ownership as previous generations. Among the reasons are home unaffordability, student loan debt, and high levels of mobility.

According to research by Livingston and Associates, the number of rental households nationally is projected to increase by 190,000 by 2026. That’s an increase of 32 percent versus a seven percent increase in home ownership.

But perhaps there is something that researchers haven’t accounted for; as renting becomes more and more difficult, young New Zealanders may opt for security instead. After all, there is no place like (your own) home.

Like thousands of others, William, Rebecca, Samantha and Boris are yet to find a place to live and Samantha says if she could afford it, she’d buy a house right now.

“The amount of money I would need for a deposit on a house is astronomical but trying to rent is making me want a house just so I don’t have to worry about renting ever again.”