Our guide of where to go, what to see and a couple of other things to spend the weekend catching up on. 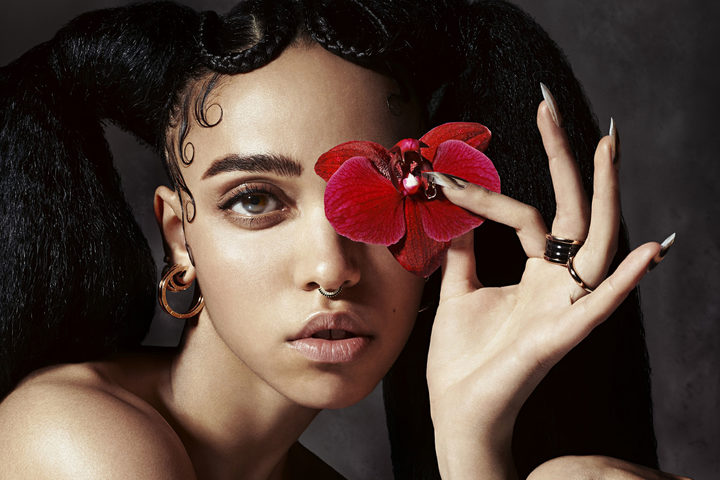 Laneway Festival: Auckland’s Laneway Festival returns again this Monday with a remarkable lineup that includes FKA Twigs, Flying Lotus, Ratking, Eagulls, Belle & Sebastian, St. Vincent and more. We’ll be going all-in on our live blog throughout the day so be sure to check back with us first thing Monday morning. In the meantime, get familiar with the timetable and grab tickets from the official Laneway site if you haven’t already. 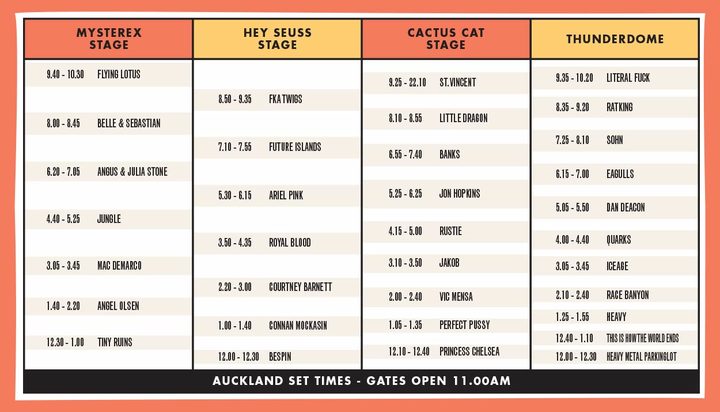 Neck of the Woods: Neck of the Woods is a just-opened bar in Auckland, located right next to Otautahi Tattoo at 155 K’ Rd. It’s also doubling as a new music venue for bands and DJs, and this Friday is Arcade Night while Saturday will see them host the Norman Jay MBE afterparty. As the Arcade event says, head along and help contribute to the venue’s first layer of grime and spilt booze.

Bespin Osiris: The weekend’s a good time to catch up on music so ICYMI local band Bespin, made up of members from Tiny Ruins, The DHDFDs and Cut Off Your Hands, have just released their debut single Osiris. Listen below, look out for their debut EP soon, and catch them at midday on Laneway's Hey Seuss stage.

The Ill Mannered Tour: Down south emcees/producers 3 Days to the East, Jr Lee and Arcee play Churchills in Christchurch tonight as part of their Ill Mannered tour. $10 cover charge and doors open at 9pm.

Iceage: A recent addition to the lineup for Laneway, Danish punk band Ice Age are also playing a “pre-party” show at Auckland’s Kings Arms on Sunday night. Support comes from local acts Trust Punks and sere, and entry is $15 with a Laneway ticket or $35 without one. Doorsales only.

Cricket: Dunedin residents can catch the two ODI’s between New Zealand and Sri Lanka this Friday and Sunday at the University Oval. Tickets are on sale via the Black Caps official site.

The Wedding Ringer: Despite how potentially bad this movie looks, we’d still recommend that you watch anything with Kevin Hart in it. If you’re unfamiliar with him, take some time and search out his latest standup show, Let Me Explain, or the great BET reality TV parody Real Husbands of Hollywood. The Wedding Ringer is in cinemas today.