In an ideal scenario, I wouldn’t have to talk to strangers, let alone smell their sweaty clothes. But this was New Zealand’s first pheromone party, where participants huff potential lovers’ worn T-shirts in the hopes of sniffing out love among the eye-watering mix of body odour and deodorant.

I expected to find scent fetishists standing awkwardly segregated in a brightly-lit school hall, as if waiting for the slow number of the intermediate dance to start. But my takeaways were a little different. 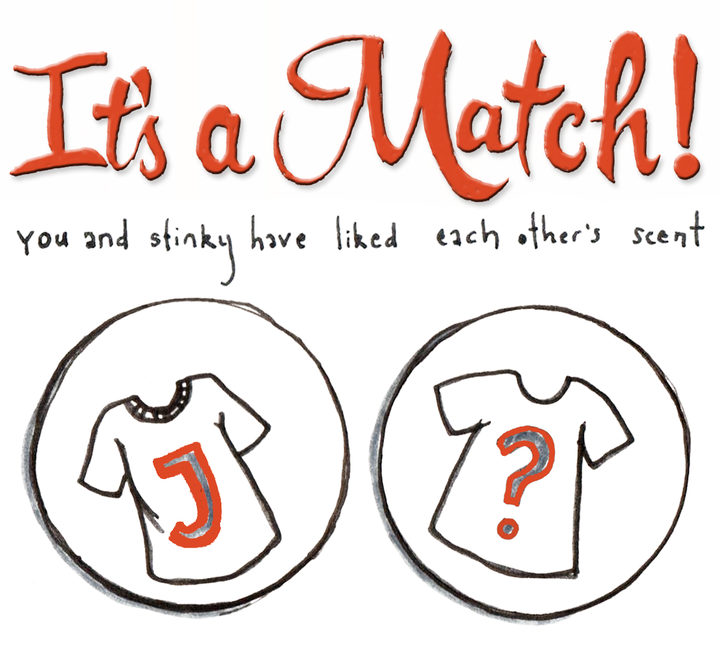 It's a match Photo: Julia Hollingsworth 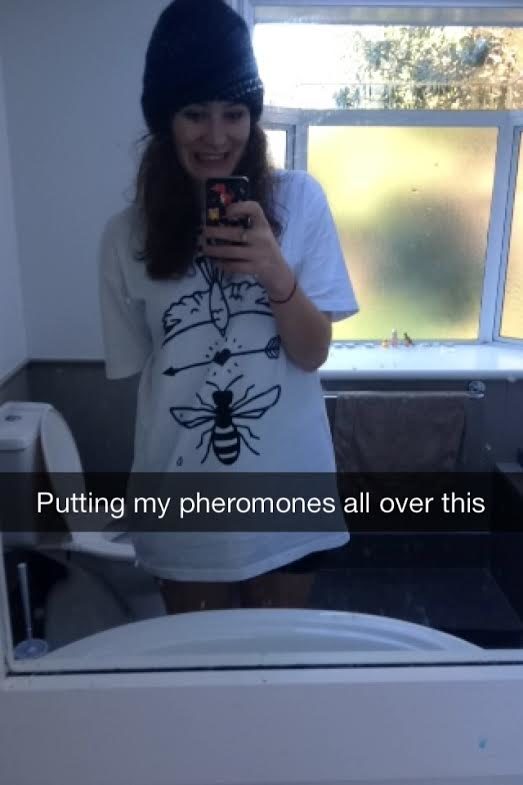 1. You basically can’t smell yourself, so good luck telling if you smell bad, mate.

My pheromones were later described as “good and bad but more good” and “like unagi”,but I was pretty sure my T-shirt smelt like the air that comes out of a fully-functioning air conditioning unit – like nothing, really.

2.  People wore normal clothes, smelt normal, and otherwise did not look like people with a fetish for musk.

My initial thought upon arriving at the party: This feels like going to a club sober, while wearing one of my “Well, I guess this polka dot pants and kimono experiment didn’t work” outfits. Yeah, I felt pretty uncomfortable. 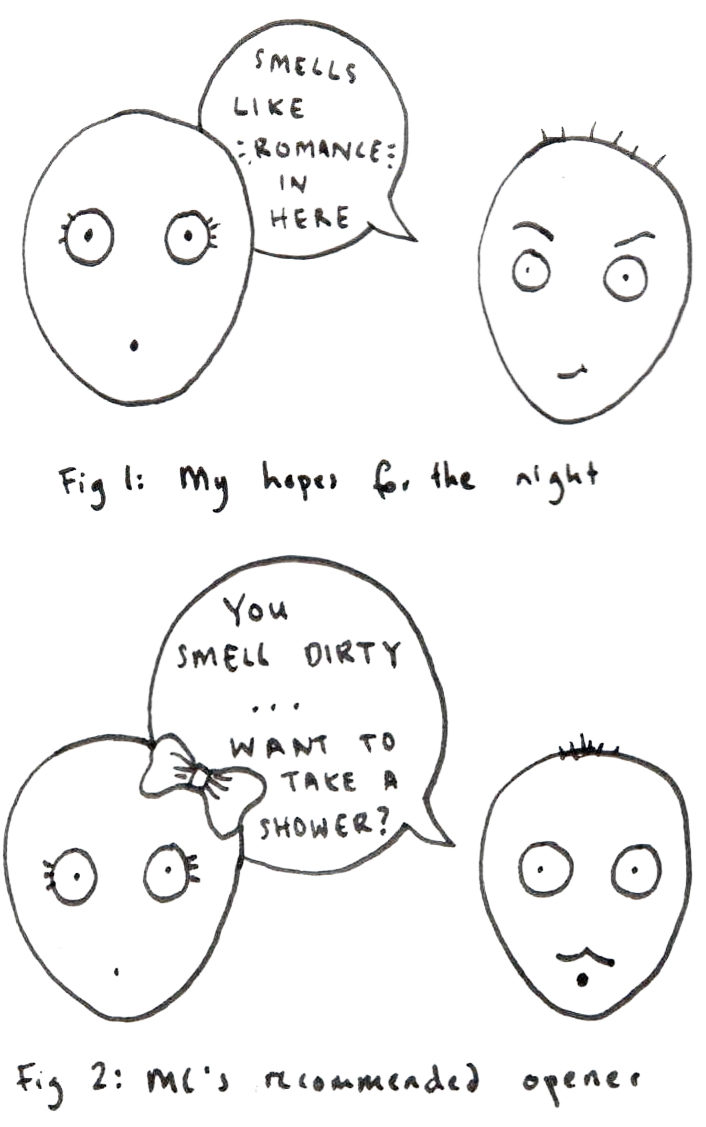 3. Despite being a prime opportunity for pun-y pick-up lines, people refused to deviate from the traditional “I like your smile”. 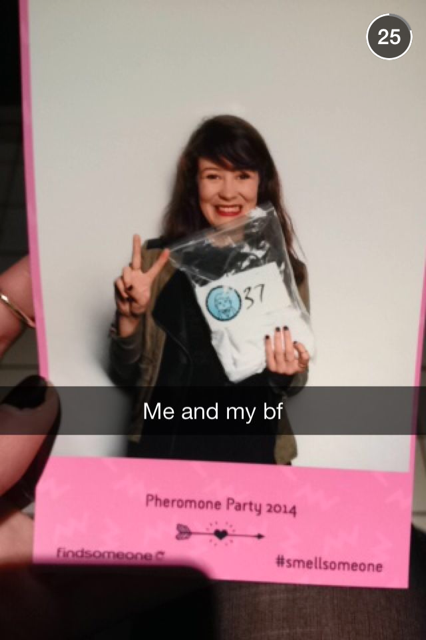 One man informed me I was insecure; no-one responded to photos of me holding bags I was attracted to; and I never got to try one of the deep-fried macaroni cheese balls. But of all the night’s disappointments, the lack of pun-y pick-up lines hit the hardest.

I was still smarting from the smell when I got home. I should not have to put up with Lynx now that I’m in my 20s, I typed furiously in the dark.

5. I hope my romantic future is less bleak than catching the last train home alone.

Because there’s nothing bleaker than that. Except, maybe, catching the last train home alone after a pheromone party.

Julia Hollingsworth’s full report from will run on The Wireless next week.