Sometimes I need to remember how impressed my 16-year-old self would be, if I told her I had a career that involved interviewing her favourite bands. This week it was The Pixies.

It was a skateboarding, bass playing, 15-year-old by the name of Maurice Beckett (who later went on to form Jakob) who introduced me to the Pixies. My first Pixies album was 1989’s Doolittle, and I had never heard anything like it. Angular riffs, crazed cries, and moments of soaring sing-along pop. I copied the tape onto a C60. I know it was a C60, because the A-side finished just as ‘Hey’ started, and I rewound and started the song again. That tape became a well-loved, and oft-pirated item, turning up later in wider social circles as third or fourth generation dubs. 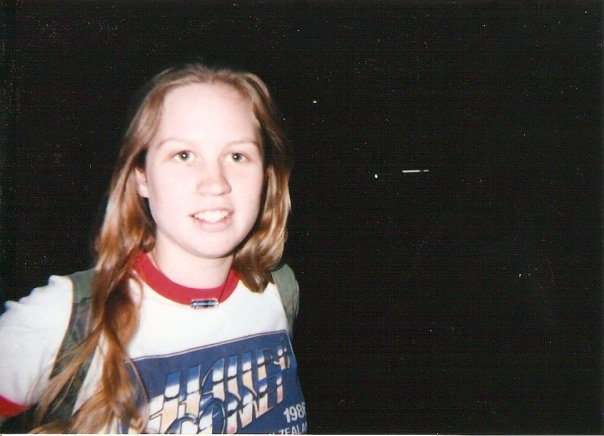 It was 1993, and The Pixies had just broken up, unbeknownst to me. It didn’t really matter – there was six years of recordings to catch up on.

Unlike today, there was some mystique about bands – we’d pour over whatever Rip It Up articles and reviews we could find, but for the most part, loving a band was all about the recordings – recordings that we had to order in from overseas through our local record shop. We were too young to get in to gigs, so their live show – or lack of it - wasn’t a factor. We did know that the bass player was a woman named Kim Deal, and that we girls all wanted to be her – or Sonic Youth’s Kim Gordon. Smashing Pumpkin’s D’Arcy seemed a bit flaky. Kim Deal and her twin sister Kelly had formed The Breeders when The Pixies were still recording, so there were those albums too – and it was really the first time in my musical discovery that women in rock music were a thing. I dabbled with the bass, but it never stuck, and I sadly never backed myself to write songs.

Doolittle got stuck in my car tape player the summer of 1995/96, and none of us minded. My friends and I would break out into slurry, shouty renditions of ‘Hey’ or ‘Monkey Gone To Heaven’ at late night garage parties. I’d sit staring at the cover of Come On Pilgrim, wondering if anyone’s back was really that hairy. Wondering who the topless dancer was on the front of Surfer Rosa.  Wondering what the context was for those strange fragments of conversation that made it onto that album. I never liked Bossa Nova or Trompe Le Monde, they lacked something. Noticeably, they lacked Kim Deal, who the evil Black Francis was slowly nudging out of the way.

This week I got to speak to the drummer from The Pixies, David Lovering, about the first Pixies album in 23 years. Am I excited about Indie Cindy? Was it something I needed? Will it be one of my favourite albums of the year? No, probably not. Nick Bollinger puts it in context well this week on The Sampler. It’s a good album, but it’s not vintage Pixies. Of course it isn’t.

But David Lovering was a charming man, taking the time to get my name right (“it’s Kirsten, right, not Kristin- the operator said Kristin”..) and speaking frankly about Kim Deal’s departure from the band a week into recording, and being in a dysfunctional band.