We live in a violent society. You can see it in popular movies, our favourite sports, the occasional spectacular act of violence that captures our collective imaginations. Wondering if David Bain did it is still a national hobby; I’ve even chatted about it over a flat white and scone at morning tea. Somehow, it’s an easy conversation.

But we talk less about the most common form of violence in our communities. One in three New Zealand women report having experienced physical or sexual violence in their lifetimes. When the definition of domestic violence is expanded to include psychological and emotional abuse, as it does under the Domestic Violence Act 1995 [pdf], the number climbs to over half of all women. Many incidents go unreported.

Domestic violence is hard to speak out about, in part because it takes place in the privacy of our homes or close-knit communities. The situation is even more fraught for migrant women experiencing abuse in New Zealand. The language barrier that’s often present is simply the first of many obstacles. Abuse manifests differently in ethnic communities due to cultural dynamics and includes factors like dowry abuse, forced marriage, coercion over immigration status, inability to divorce, and communities closing rank. As such, speaking out about domestic violence requires culturally appropriate services.

Shakti is one such service. It is a Women’s Refuge associate that provides support to Asian, African and Middle Eastern migrants and refugees. 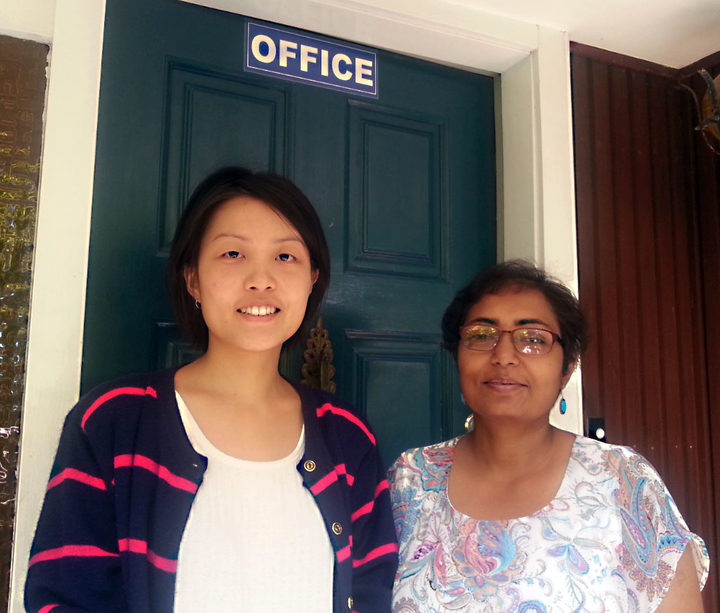 Founder and director Farida Sultana is a Bangladeshi woman who began New Zealand’s Shakti chapter with seven other immigrant women in 1995. The organisation has since grown from a lone office in the Auckland suburb of Mt Roskill to several offices across the country.

Farida was supported by Shakti in the mid '80s, when she was living in Scotland and struggling with emotional abuse from her husband. Eventually, the couple separated and Farida came to New Zealand, with her young daughter in tow. She’s written about her experiences extensively inher autobiography, Purple Dandelion.

I’ve been friends with Farida's daughter for about 20 years now, but we’d never discussed the circumstances of her parents’ separation. As is often the case with domestic abuse, silence prevailed.

Once a woman reaches out to Shakti, Farida told me, the primary concern becomes that person’s safety. Because Shakti cannot guarantee its clients’ safety in an environment they share with their abuser, the preferred approach is “extraction” to a Shakti safe house. It currently has two safe houses in Auckland, one in Tauranga, and another in Christchurch, with plans for one in Wellington dependant on funding.

Despite its sparse resources, there’s huge demand for its services. Sara Chin, a quality assurance officer for Shakti, says from 2012 to 2013 Shakti was contracted to provide to support 1033 women and children across the country, but actually helped closer to 6500, and that figure did not include the organisation’s work in Wellington, nor any of its counselling services and programmes. Its crisis line receives thousands of calls each month and is operated by volunteers.

Farida says Shakti has a good working relationship with the police and Child, Youth and Family Services, who often provide support for women and children. Once a client has been extracted from the abusive environment, Shakti provides her with legal help, access to counsellling, and assistance finding new housing or dealing with Work and Income.

Regardless of role, qualifications or experience, all Shakti staff attend a training programme centred around the idea that they cannot unpack another’s emotional baggage before first acknowledging their own. The aim of this is to unlearn social constructions of gender and culture. Farida talks passionately about immigration policy; race relations; urban design; patriarchy; the inter-generational inheritance of anger, repression and abuse; and how these things are interconnected in the work Shakti does.

Farida has faced backlash for the work she does with Shakti from within our own Bengali community and has been accused of promoting Westernisation, rejecting our culture and rejecting Islam. She “definitely” considers herself Muslim, she says; for her, it’s not Islam that’s problematic, but the interpretations of it within certain cultures.

Much of the tension between ethnic communities and the core issue of autonomy for women is because many such cultures favour collectivism. There’s particular potential for conflict when women are considered property (which historically holds true for Western cultures too). Farida says that a collective that does not allow individuals to exercise basic rights becomes a tool of oppression, but she stresses that she doesn’t advocate a wholesale rejection of one’s culture. “Rejection is easy”, she laughs; the real challenge is to create change.

She waves away accusations of breaking up families: “When a woman picks up the phone and calls our crisis line, that means that family is already broken.” The only thing that Shakti has broken in the lives of people who reach out to the organisation, she says with a wry smile, is the cycle of abuse perpetuated by a male-dominated society where women are denied protection of their basic individual rights. That’s why there’s expectation of Shakti members, when they return to their community, to lead by example. “The work doesn’t stop there,” Farida told me. “We expect our members to become soldiers of social change”.

Pollyanne Pena is special projects co-ordination officer for Shakti in Wellington. She articulates something close to my own heart: cultural reclamation. Born in the Philippines, Pollyanne moved to New Zealand at the age of three and speaks of an adolescence spent shying away from her background and upbringing – something I believe a lot of immigrant children can easily relate to. She describes feeling, upon reaching her late 20s, “a great sense of grief and shame; it dawns on you, your culture, language, heritage and ethnicity is something you have lost and would really like back”. 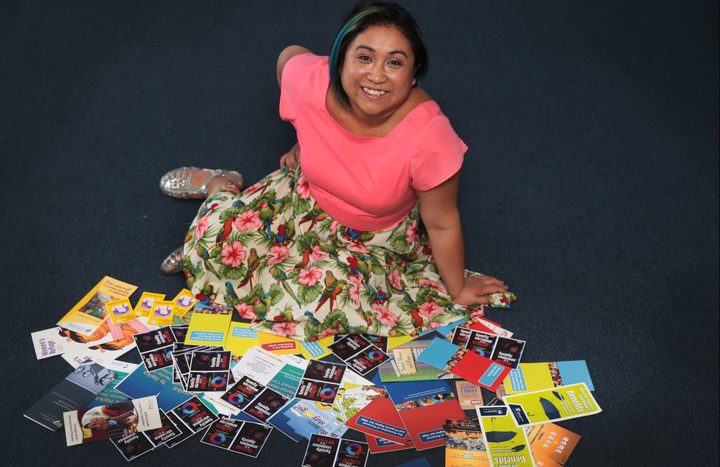 Pollyanne joined Shakti after realising that many other women are also “walking in two worlds”. As a survivor of abuse, rape and sexual assault, Pollyanne is also a strong feminist. Working at Shakti provides her a tangible way of practicing cultural reclamation; she showed me her glorious “feminist killjoy” tattoo as proof that she’s a card-carrying member of the sisterhood.

Pollyanne’s currently focused on developing a Shakti safe house in Wellington. It’s clear that the demand for services is there; one case worker serviced 100 women alone in the region last year. But Shakti receives no funding for its Wellington chapter, and has struggled to keep its doors open since Christmas. For this safe house, Pollyanne envisages “a physical space where women and children from Asian, African and Middle Eastern backgrounds can stay with people who look like them, who speak their languages [and] observe their customs and practices”. 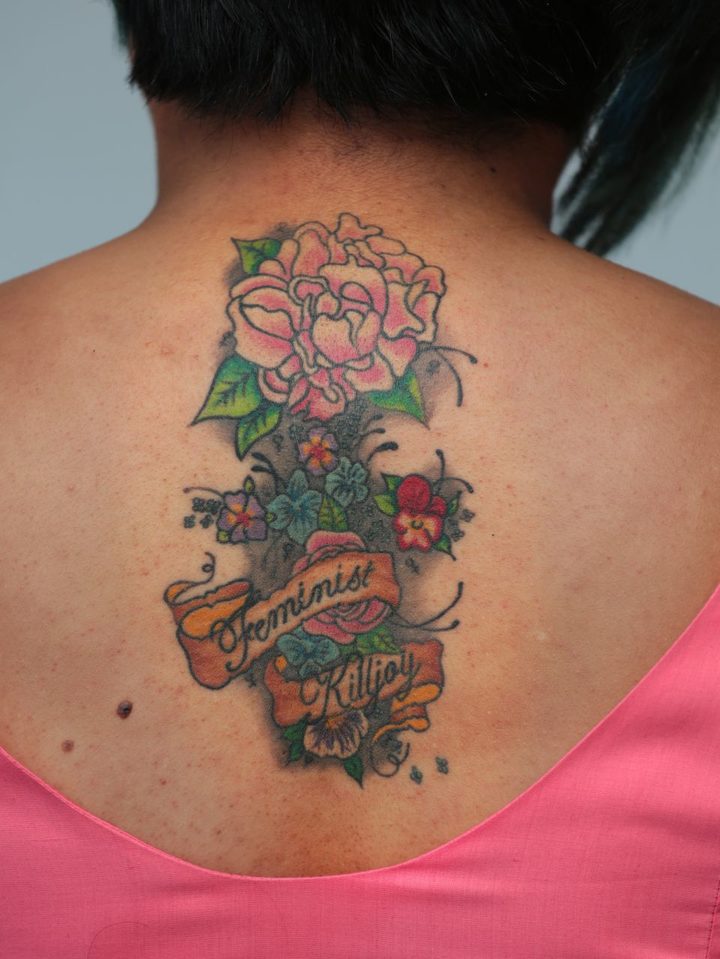 Pollyanne says the safe house project in Wellington needs publicity, public awareness, donation of goods, time and money. When asked what the organisation needs, Farida says, simply, “committed people.” There need to be people dedicated to the cause before plans can be put in place and implemented for funding, sponsors and volunteers.

I ask the organisation’s Auckland-based quality assurance officer Sara Chin if she’s ever dealt with criticism for Shakti’s exclusion of Maori, Pakeha and other women not of Asian, African or Middle Eastern origin. She says Shakti’s relationship with organisations like Women’s Refuge means they are easily able to redirect women seeking services, and that racial power-dynamics between ethnic women and “white women” that come into play could potentially impact the efficacy of the services. Change is more organic when it comes from within a community, anyway, she adds.

Change doesn’t just happen. Society only grows or adapts in step with the people that make it up. But Farida can already point to a change, because the women that seek Shakti’s services now are more willing to speak out and take action than the women that did a decade ago.

Even the face of Shakti is changing with each generation: Sara and Pollyanne are quick to call themselves feminists. Farida holds back a little. I tell her I consider myself a Muslim feminist and she concedes. She has been called a feminist, even a radical one, and she is certainly a Muslim, so if her actions are feminist, then that’s what she is. She is not concerned with labels.

The word ‘Shakti’ has its roots in Sanskrit, though it means the same in Bengali, my mother tongue, as it does in modern Hindi. ‘Shakti’ means power, empowerment and strength – an apt word to be associated with these “soldiers of social change” and the work they do.

For more information see Shakti’s website. Its 24 hour crisis line 0800 SHAKTI. You can findo out more about the Wellington Safehouse project here. If you are concerned about domestic violence you can also contact Women's Refuge.