Dawn Raid Entertainment helped give me my start in radio. In August 2000, the New Zealand hip hop community descended on Christchurch for the first official Aotearoa Hip Hop Summit.

The Dawn Raid contingent, rolling 30 to 40 deep, kitted out in custom T-shirts, made the trip down from their South Auckland base, where one Samoan and one Irishman who met at Manukau Polytechnic announced a record label that would end up pushing Pasifika frontiers here and overseas.

It was at the 2000 summit, microphone and MiniDisc recorder in hand. On my first assignment for Radio New Zealand (actually, the commission came after the fact – the gear was cribbed from Radio Active in the hope RNZ would give me a shot), I was super-green in my lines of enquiry; Brotha D and Andy were more than generous with their time, furnishing me with their Cash Money Records-sized plans to build a sprawling empire from Papatoetoe. 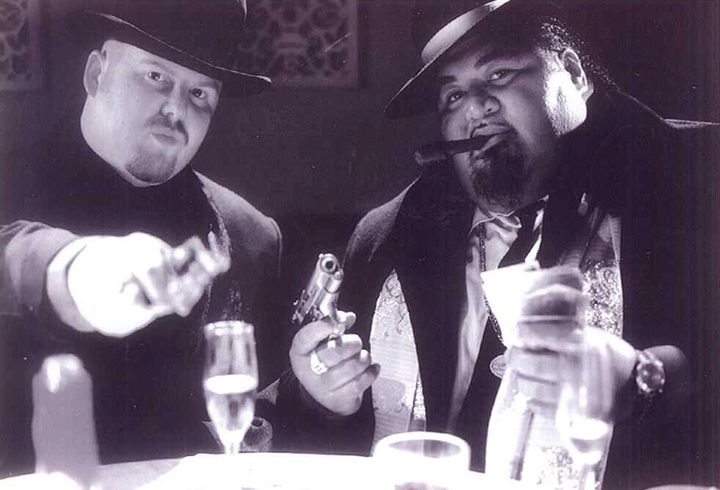 It was only right for Danny ‘Brotha D’ Leaoasavaii and Andy Murnane to choose the summit to announce their label, Dawn Raid Entertainment, for the first time outside of South Auckland. Phil Fuemana, the godfather of Urban Pacifika Records, who gave the Dawn Raid co-founders their start as young understudies, was also the man behind fledgling summits, held in 1996 and 1997 at Auckland venue The Powerstation.

You couldn’t get a warmer welcome if you came through Apia with Dwayne Johnson.

Brotha D and Andy’s appetite for business opportunity were matched only by their love of hip hop; business aside - they’ve always talked a good game. Since, I’ve interviewed the business partners innumerable times over Dawn Raid’s decade-and-a-half history; documenting phases of their empire-building (at one point, they ran a recording studio, a T-shirt printing operation, a barber shop, and even a jewellery business); and contraction (the label was liquidated in April 2007, before bouncing back courtesy of the deep pockets of South Pacific Pictures’ John Barnett and businessman Michael Stiassny).

I even travelled to Samoa with the extended Dawn Raid family in April 2009 when they shot the video for Savage’s single, ‘I Love the Islands’. You couldn’t get a warmer welcome if you came through Apia with Dwayne Johnson.

Today marks 15 years since Brotha D and Andy Murnane joined forces, fresh out of business school. I talked to the unlikely duo about their 15 year-run exporting urban Pacifican music to the world.