When you spend January making almost impossible goals for the year, like losing weight or learning a language, you spend December full of regret and shame, says Saziah Bashir. So why not make goals that make you feel better about yourself and the world? 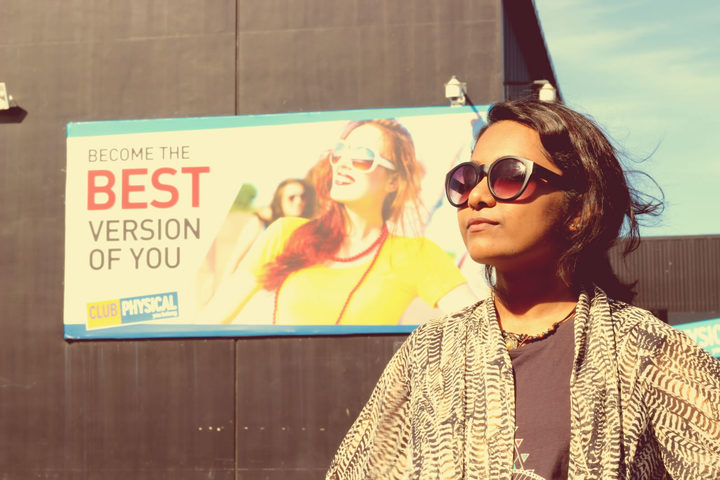 "I understand why we feel compelled to make resolutions. People are drawn to clear structures and starting a new calendar year with fresh goals intuitively feels like a sensible exercise." Photo: Saadiah Arshed/Supplied

Even if you aren’t someone who makes New Year’s resolutions, come January, the concept becomes pervasive. Everyone from gyms to dentists start reminding you to commit to a “new you” in the New Year, a “better” you.

Standing in line at the supermarket exposes you to magazine covers blaring out in garish font that some celebrity revealed in an “exclusive” interview what they plan to do to better themselves in the New Year (and how you can too! Quinoa, Kabbalah and kale!). You may not make resolutions, but you can’t deny they’re popular.

My earliest memory of making a deliberate New Year’s resolution was in 1997. I had very important exams at the end of that year and I resolved to get straight As. It was also the first time I resolved to lose weight. I had just been told by the school nurse that I was overweight, you see. (In a sombre meeting with my dad. While she ate a chocolate muffin, no less.)

In Brunei, where I was born, but not from, those standardized national tests were a Big Deal. At the end of the year I got the much coveted As but couldn’t put them to any use as my parents decided to migrate to New Zealand in 1998. Cue years of adjusting, angst, and sealing of my fate as a consummate third culture kid.

I can look back with some amusement on the earnest desire to ace exams, which, in hindsight, put a stupid amount of pressure on a kid. But the fact that I was only a child when I first felt I needed to change my flawed body, that part breaks my heart a little.

Why would I watch less TV when HBO shows brought me such joy (yes, even True Blood, I regret nothing)?! Why must I read Russian authors I don’t actually like?

On New Year’s Day 2007 I realised I’d been making the same weight loss resolution for a decade and failing every time. I decided I wasn’t “doing” resolutions anymore. What was the point of these grandiose promises to yourself every January of eating better, exercising more, watching less TV, reading more books, making more friends, travelling more, saving more, only to get to December and feel like a failure? And rinse and repeat the following year. But I couldn’t resist the “new year, new me” trap and so I continued to subconsciously make subtle variations of the same old resolutions. And I continued to fail. I spent every January hopeful and every December ashamed.

On New Year’s Day 2011 I was on a train to Boston after New Year’s Eve in New York. The less said about that particular night, the better. I was in no fit state to be making even sneaky, subconscious resolutions. I granted myself a hiatus that year. I was travelling through North America that summer, visiting family and friends as a treat after finishing my degree(s).

I returned to New Zealand to a year that would turn out to be exceptionally transformative for me. I got my first “proper” job, moved to Wellington and got my first apartment. I discovered how grating the daily grind really is, how far I could get on my grad salary (hint: not very), the joy of weekends unfettered by part time work and assignments, met new people in a new city like a glorious cliché, gained five kilos due to a sedentary job supplemented with delicious Wellington coffees and regular too-tired-to-cook-takeaways. And when December arrived, I discovered I was happy. This was a revelation.

So 2012 approached, I was 25 years old and admittedly mildly curious about whether the world would end soon (I have a zombie apocalypse survival plan and I watched Deep Impact too many times as a teenager). This time I was determined to take control of this New Year’s resolution monster.

I was not willing to fall back into old patterns and accept that I had spent more than half my life setting myself inane, impossible goals every January of being prettier, thinner, cleverer, richer, more loved, more successful – all those things I thought we were supposed to want and pursue, without putting any critical thought into why.

It’s not that I was physically incapable of losing weight, but I knew perfectly well that losing weight would not magically transport me to a parallel universe in which unicorns roamed in candy floss fields and I miraculously ceased to have body image issues. True body acceptance had nothing to do with weight, this I knew. What did more qualifications or a higher paying job really have to do with my happiness? Why would I watch less TV when HBO shows brought me such joy (yes, even True Blood, I regret nothing)?! Why must I read Russian authors I don’t actually like? 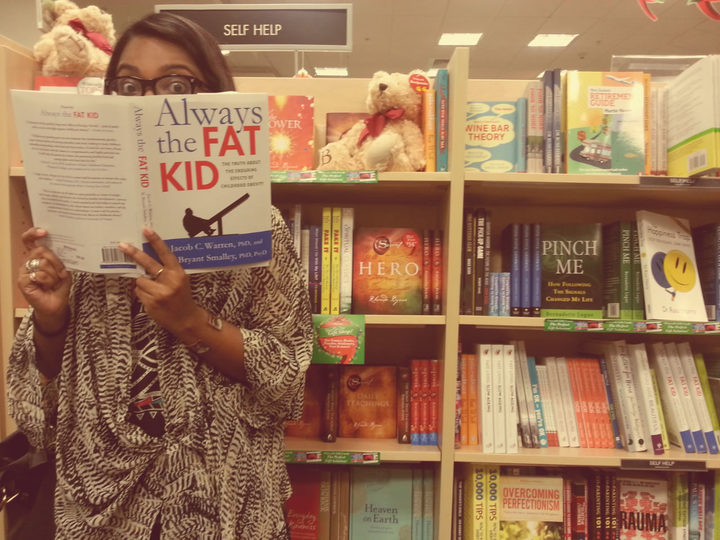 "We are bound to grapple with our self-esteem, our image, our bodies, our finances and our relationships all our lives. That’s simply what life is." Photo: Saadiah Arshed/Supplied

It was a simple thing. For the most part I followed through, no reading comments on news websites or YouTube, nowhere but Jezebel and i09, where I exercised some discretion depending on the topic of the article and was usually faced with nothing more taxing than “intersectional feminism” and “Tom Hiddleston” and “cats.” Otherwise I managed to blissfully avoid the special brand of vitriol people/trolls seem to reserve for comments sections of the internet. No single change in behaviour had ever brought me that much peace of mind.

That conscious and deliberate method of looking after myself by refusing to click on something or scroll down several times a day is something I happily continue to do. For once I felt better because of a New Year’s resolution rather than worse! And the world didn’t end December 2012 either.

I tried something different again in 2013. I decided to be more aware of how I used words and how I passively consented to words being used around me. I’ve always been a big believer in the power of words and I was increasingly uncomfortable about the way seemingly innocuous use of language was actually harmful, hurtful microaggressions, perhaps symptomatic of a more sinister attitude underpinning their usage.

I feel like the lesson is not to attempt to change your “self” because we barely, maybe never, get to know our true selves, perplexing, amorphous, sublime creatures that we are.

These were words like “raped” used in the context of losing at sports and “fat” as derogatory instead of merely descriptive. I started to notice how easily people said things like “don’t be retarded” or “that’s so gay how your phone broke” with very little thought given to the underlying prejudices they reinforced, the unchecked privilege in assuming ableism or heterosexuality as the norm and any variation as a negative.

Without realising it, I’d been using words to inadvertently perpetuate misogynistic, homophobic, racist structures I so vehemently claimed to be against. I tentatively began conversations about this with people I felt comfortable enough to challenge. It’s an ongoing struggle because you can’t control your environment, and I’m naturally non-confrontational so it gets rather awkward around well meaning colleagues or acquaintances having a laugh at “tranny” jokes.

There is the perpetual risk of being relegated to the status of resident PC Police. But it’s something that’s taught me a lot about myself and the people I surround myself with and how we interact with issues we care about on a mundane, every day basis. I learnt from this, it gave me the clarity to cut down on or cut out interactions and people that were making me feel guilty and insincere and just generally awful.

So these resolutions improved my wellbeing. I haven’t decided yet on what I’m doing for 2014, but I’m actually excited for it. This is what resolutions were meant to be for all along, right? I understand why we feel compelled to make resolutions. People are drawn to clear structures and starting a new calendar year with fresh goals intuitively feels like a sensible exercise. And it absolutely is. Even being able to think about New Year’s resolutions is a luxury, full of first world privilege, and we’re lucky to have that.

But we’ve bought into this commercialised myth of the annual self-improvement (then self-flagellation) cycle. We are bound to grapple with our self-esteem, our image, our bodies, our finances and our relationships all our lives. That’s simply what life is. The deeper issues that underpin our desires are born of the complexities and intricacies of our unique experiences and personalities.

What January should not be is a time to delude yourself about what actually matters to you and affects your core happiness. I feel like the lesson is not to attempt to change your “self” because we barely, maybe never, get to know our true selves, perplexing, amorphous, sublime creatures that we are. So instead we chase after what we think constructs the self (image, credentials etc). This feels so misguided, and would we not be better off changing behaviour, small acts that, in small ways, really affect our everyday lives? These re-examined resolutions would have to be deeply personal to each individual, tailored precisely to their quirks, their particular flaws and their specific strengths. These resolutions would be nothing a cookie cutter “stronger, better, faster, hotter” approach could ever hope to satisfy. They would be better. And, ultimately, we would actually be better too.