An iwi that Brian Tamaki descends from are calling him out to say he is putting Māori communities at risk. 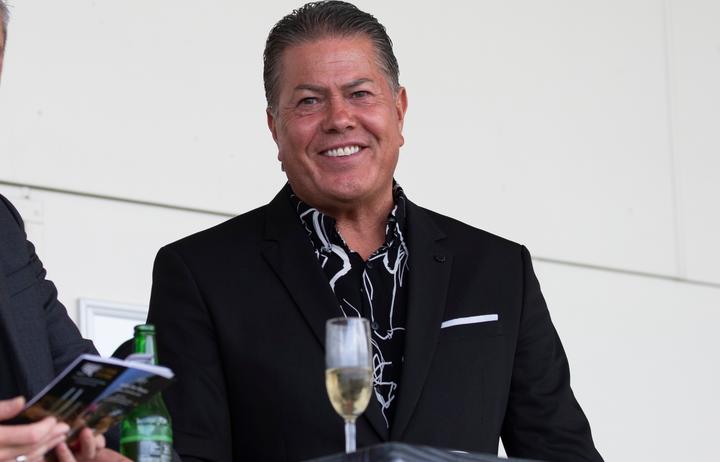 This follows mass protests across the country on Tuesday organised by a freedom group set up by Tamaki opposing vaccines and lockdown restrictions.

Te Rūnanganui o Ngāti Hikairo located between Kāwhia and Te Awamutu were especially concerned with the number of young tamariki involved in the rallies.

They said Tāmaki, who was one of their own, was asking Māori communities to undermine science, putting their people at risk.

They have now called on the Destiny Church leader to take a whānau-first approach.

Rūnanga chair Susan Turner said because Tamaki was a descendant of their rūnanga it was important to show leadership and encourage the right messaging and approach to combatting Covid 19.

She said Tamaki needed to promote scientific advice amongst whānau, iwi and the wider community to protect each other against the virus.

"Brian as a member of Ngāti Hikairo, we wanted to encourage him to share the right messages and dispel the rhetoric that he and his followers are saying to our people.

"We want them to follow science and go with the right advice and for our people to be united in this fight against Covid," she said.

The inclusion of mixed messaging related to freedom and self-determination was particularly concerning.

It comes as the rūnanga battles to prevent an outbreak amongst Ngāti Hikairoa whānau.

Turner said it did not reflect a mātauranga Māori approach as tino rangatiratanga should be represented by a collective effort to protect whānau and those most vulnerable.

The current approach from Tamaki was promoting a colonial approach to preserving life and liberty, she said.

"The biggest concern that we've got is the fact that they're giving our people the wrong information.

"Those sentiments simply oppose the whole concept of what we believe is our tikanga which is about protecting ourselves, protecting our whānau and the people that live in our community.

"It's clear to us that this virus is going to spread, and we need to do all we can to protect our whānau, our rangatahi and our tamariki," she said.

The rūnanga strongly supported vaccines and said Tamaki carried a Ngāti Hikairo name, and with that came obligations to use his platform to strengthen Māori communities by encouraging whānau to get vaccinated and comply with health restrictions.

A spokesperson for Tamaki rejected RNZ's request for an interview but said they wished to speak to Te Rūnanga o Ngāti Hikairo face-to-face about the issues at hand.