The Covid-19 vaccination programme in Taranaki may need to rollover into next year to get Māori in the region up beyond a 90 percent vaccination rate. 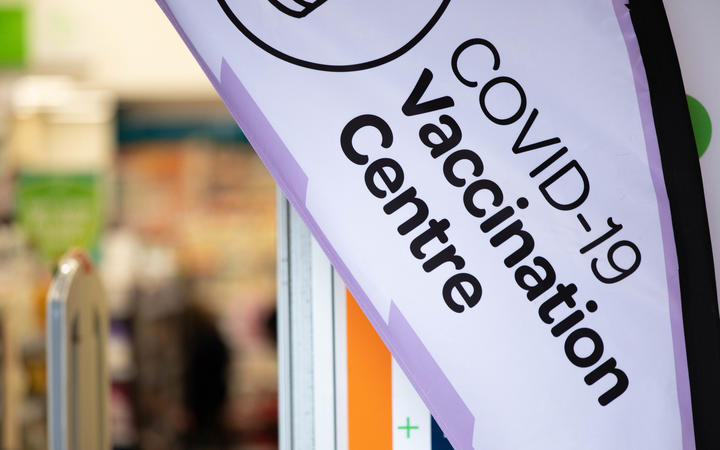 Just 62 percent of Taranaki Māori have received a first dose of the vaccine and only 38 percent are fully inoculated.

A district health board rural vaccination clinic at Mimi in the heart of the Ngāti Mutunga rohe was doing its bit yesterday to redress that imbalance.

He considered himself fit and healthy and he was not particularly keen on needles.

"I was sort of against the vaccination at the start, but you know as things go on you've got to come around.

"Especially when, you know, the kids are playing sports all over the country and it's sort of demanded so you've got to do it now, eh, for their sake. And it's the norm now I'm guessing." 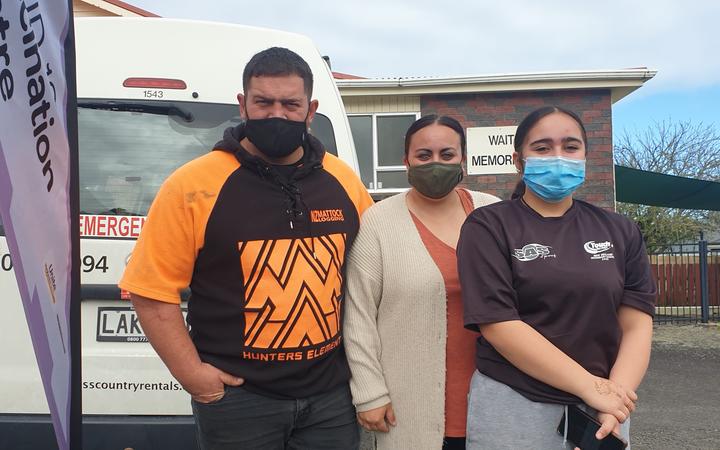 Nathan Maddox brought his wife Zara and daughter Alicia along to get a jab. He was initially against getting the vaccination. Photo: RNZ / Robin Martin

Maddox had also brought along his wife Zara and 13 year old daughter Alicia to get a shot.

He reckoned it was time for Māori to put aside their concerns about the vaccination.

"I just think they need to put their hand up and just do it, you know. Just get it done. It's pretty easy really that wasn't so bad really.

"I was expecting it to be a little bit worse, but I'm feeling pretty good about it now and looking forward to the second one."

That attitude will be music to the ears of Taranaki's vaccination programme senior responsible officer officer Bevan Clayton-Smith.

It's job to get the fully vaccinated rate up to 90 - or ideally 95 percent - of eligible people across all demographics.

He admitted hitting that target for Māori before the end of the year may be a struggle.

"It's achievable absolutely but it's ensuring the rate and the coverage is the same for Māori as well and what we are finding is that it's taking four to six to eight weeks difference to get to those rates.

"So if we take that into account then the programme as it stands now there needs to be serious consideration going forward to it's extension into the new year."

Nationwide, the first dose rate for Māori is 66 percent while just under 45 percent are double dosed.

For the general population, it is 85 percent and 65 percent respectively.

"My aim is to ensure that by the end of whatever programme that everybody is 90 percent plus - 95 percent if we can - vaccinated with two doses to prevent what Delta can bring to us.

Hayden Wano is chief executive of Māori health provider Tui Ora which has been instrumental in the vaccine rollout in northern and coastal Taranaki.

He was adamant Māori in the region could hit 95 percent fully-vaccinated by year's end.

"We've given ourselves a target of 95 percent plus that's a collective target we've set for ourselves and that's where our focus is for now.

"If there is a result that means we go into the new year that can be the case, but we're pretty confident we can make a go of that."

Wano said a new collaborative approach between Te Aranga - the Covid-19 response arm of the eight Taranaki iwi - the region's three Māori health providers, and the DHB would help them achieve that goal.

"I think we have to offer hope, you know. This is an aspirational goal to do, but I think it is important that we believe we can do it."

And it isn't only just Māori overcoming reservations about the vaccine.

"It's taken me this long to get my mind ready to get myself to get here and the only way I could do that is just ignore my thinking and not read any media.

"And it was just a personal decision, I'm asthmatic and 60 with grandchildren.

"So when I let go of all the bullshit, all the media, I sat with that." 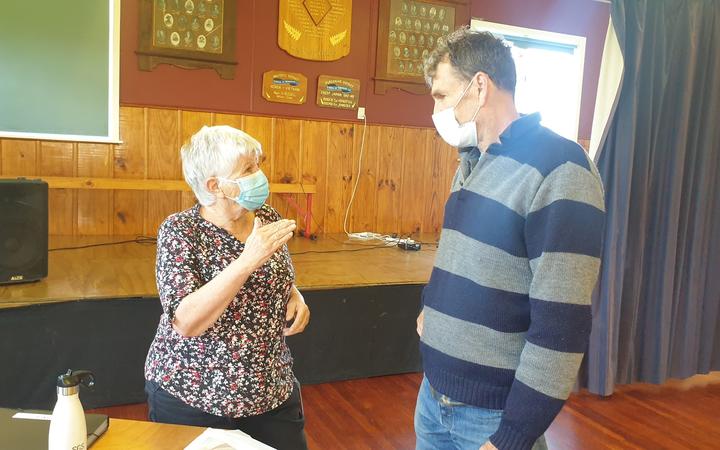 Second dose clinics begin at Whangamōmona on 8 November and wrap up back at Mimi on 30 November.