Ahipara mana whenua are occupying a foreshore land block after a historically significant pōhutukawa tree was partially hacked down. 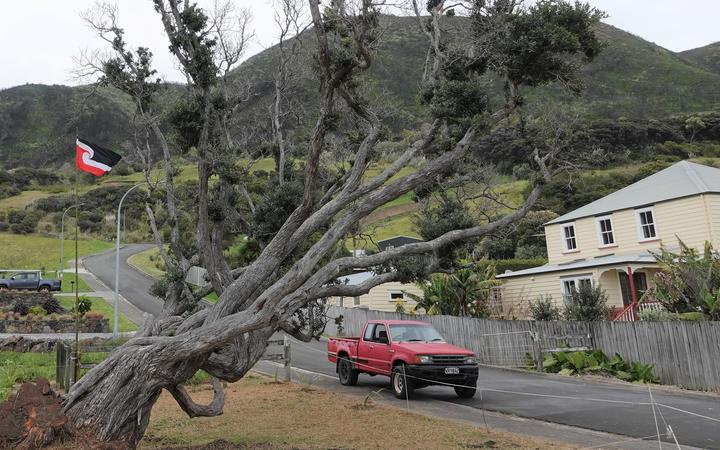 The affected part of the pōhutukawa. Photo: RNZ / Sam Olley

The Te Rarawa group have set up camp on their ancestral land to protect the tree from being fully felled.

Te Rarawa chief Toakai lived and died on the land, known as Moringai, but it was later donated to the Catholic church and eventually sold to Pākehā.

The pōhutukawa had been there for generations, on the Ahipara foreshore that has been heavily developed with beach houses in recent decades.

One of the occupiers, Reuben Taipari (Ngāpuhi, Ngāti Kahu, Te Rarawa, Tūhoe) said mana whenua returned from two tangi late last month to see half of the heart-shaped tree cut down, leaving a stump more than a metre wide.

"I was very angry, I was also very mamae, hurt. I just wanted a tangi. And our kuia that are here today, when they came down and they heard about it... They couldn't speak. They still can't speak."

There are shoots of new growth on the parts of the pōhutukawa that remain, suggesting it was in good health before half of the crown was cut off.

The owner of the land is Dr Cecil Williams, a GP in Kaitāia.

Williams declined to comment to RNZ about the matter, saying he was awaiting a meeting between the occupiers and Far North District Council.

In Taipari's opinion, the doctor knew the significance of the site.

In a statement, Far North District Council services general manager Dean Myburgh said permission was not given to remove the tree, only to prune it.

There was a covenant protecting the tree that the property owner should have been aware of, he said. 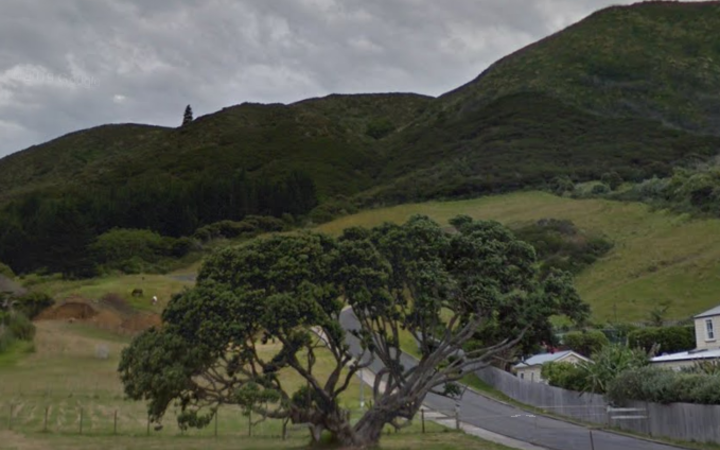 Teina Piripi (Te Rarawa, Ngāpuhi) was part of the mana whenua group who set up camp on the weekend and she worked with Williams.

In her opinion, after many years in the area, he should have known better.

"Who would do that? What a vandal. And what kind of entitlement does a person have to just take a tree like that and think 'because of my view'? Whatever. A view - you've got the whole beach to look at. And because it's in your line of sight... I just think, what a cheek."

"It brought a lot of hurt ae, sadness. It really tore my heart in half. The mamae, it was just sad, it was just wrong. It could have been sorted properly."

But Gregory was feeling better seeing Toakai's descendants return to his home.

A talented carver, he has led kōrero around about what to do with the discarded tree limbs remaining.

"We'll put some whakaaro in there and start doing some carving. I see it as - we can bring our tupuna alive again."