A young aspiring animator is on a mission to create a series of animated reo Māori music videos to help people connect with the language. 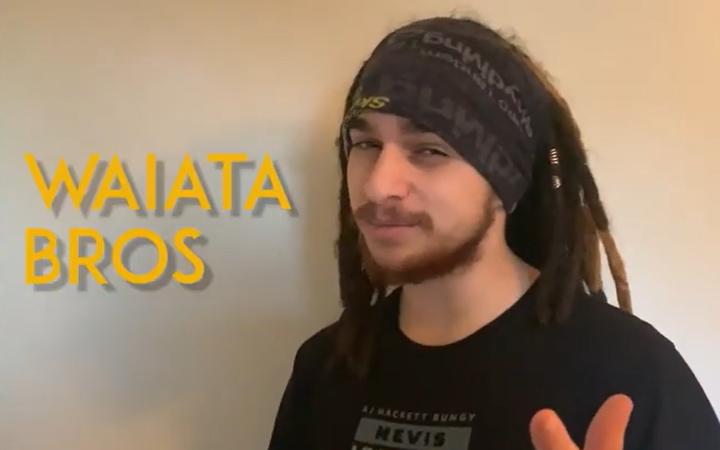 He said his whole life he has seen the world from a Māori perspective.

Mahutonga said he grew up in a household where te reo Māori was always present and now, he wants to help others learn the language using his animation skills

"I would like to help everyone else learn this language of ours," he said.

After living in Rotorua for most of his life, earlier this year Mahutonga packed his bags and moved to Ōtaki to pursue his dreams and ambitions for te reo Māori.

It was a six-week animation intensifier course where he was able to immerse himself in an environment that blended te ao Māori and technology together.

This was followed by a work placement at Māoriland charitable trust where he created his first reo Māori animations.

Mahutonga said working with Māoriland while learning and developing as a creative artist was great.

He said Māoriland provided a whānau away from home and they've continuously supported him.

"Working within te ao Māori, helping with my social skills and how to connect to people, that's what Māoriland has taught me, how to present and connect"

Māoriland have launched a boosted campaign to support Mahutonga so he can access more resources, studio recording time and a chance to work with other animators and musicians on 'Waiata Bros'.

Managing director for Māoriland, Libby Hakaraia, said they enjoyed seeing Mahutonga and other rangatahi using the tools given to them for new and creative things.

She said Māoriland was captured especially by Mahutonga's passion for te reo.

"It was just so exciting to see him use all the things that he has in his kete."

"Turanga has proved that he's created something that comes from a really magical space."

The other animated waiata for 'Waiata Bros' will include phrases and kupu about Atua Māori, kai, jobs, animals, numbers, emotions, pepeha and greetings.

Mahutonga said he has a passion for animation, storytelling and music and he wants to see what the world can be like if te reo Māori is more normalized.

With additional funding from the 'Waiata Bros' boosted campaign, he hopes to continue creating more animation videos that can help to normalize te reo Māori for the generations to come.

"I just want to create something that our tamariki will learn from but also enjoy watching or listening."

"I want to create a series dedicated to te reo Māori."

Mahutonga's animated work for 'Waiata Bros' can be viewed online.

More information about the boosted campaign and donations can be found here.