Tributes are being paid for a respected leader of Ngāti Kahungunu, recognised for contributing diligently to his community. 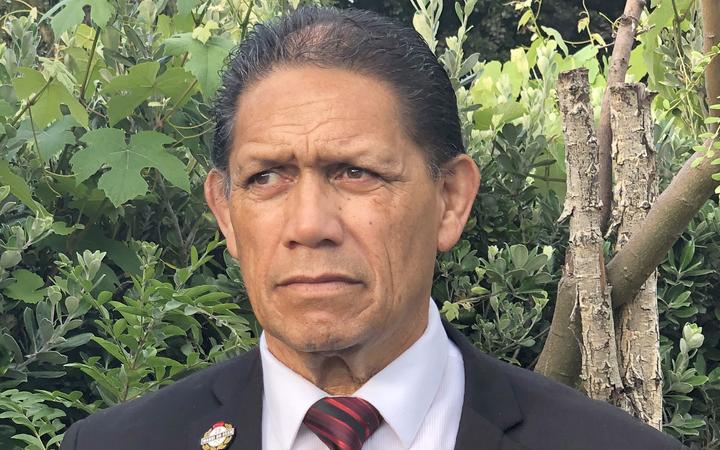 Des Ratima is being remembered for actively serving his people both in the New Zealand Army and in various governance and community-based projects.

Ngāti Kahungunu iwi incorporated chairman Ngāhiwi Tomoana reflected on his relationship with Ratima who he has known since the pair were five years old at Mangateretere Primary School together.

Tomoana said before he died Des Ratima had passed on his final requests for the tamariki of Ngāti Kahungunu to have access to tertiary qualifications and that they be looked after.

"He was still giving orders right to the end.

"He's already left a huge legacy ... his influence fed out well beyond where he lived.

"He was a big man with a big heart, and I think his heart was bigger than his body could cope with," he said.

"He was in the army for 20 odd years but when he came home, he was full of vigour to help all those who were under the pump unable to help themselves.

In 2016, Ratima became a Justice of the Peace and in 2018 received the Queen's honour of Officer of the New Zealand Order of Merit (ONZM) and the honour of Hawke's Bay Business Leader of the year.

Labour MP for Ikaroa-Rāwhiti Meka Whaitiri said Ratima was a staunch advocate for his people across Te Tairāwhiti and it was a sad time for the community.

"He's left a legacy for us to try and fulfil in looking after those less fortunate than ourselves.

"We bid Des farewell," she said.

Oraanga Tamariki advisory panel chairperson Matthew Tukaki said in a social media post that he wanted "to pay tribute to a great leader, a great New Zealander and a man passionate about whānau, his community and our people".

He said Ratima was a remarkable man who served his country and remains a great leader.

"A great tree has fallen in the forest of our people. Long may he be remembered. Okioki i runga i te rangimarie," he said.

"I will always be grateful to you for reaching out to me during the elections in my stand for Te Pāti Māori, to share your journey of politics and give me some advice and for the kind messages you would send me.

"I will miss you and your wisdom."

Ratima passed away over the weekend, from underlying health issues - he was 69.

Tangihanga arrangements for Des Ratima will be on hold until Covid-19 restrictions are lifted and whānau are able to pay their respects in person.