A respected Māori horticultural pioneer and leader of te ao Māori has been farewelled in his home rohe of Tauranga Moana. 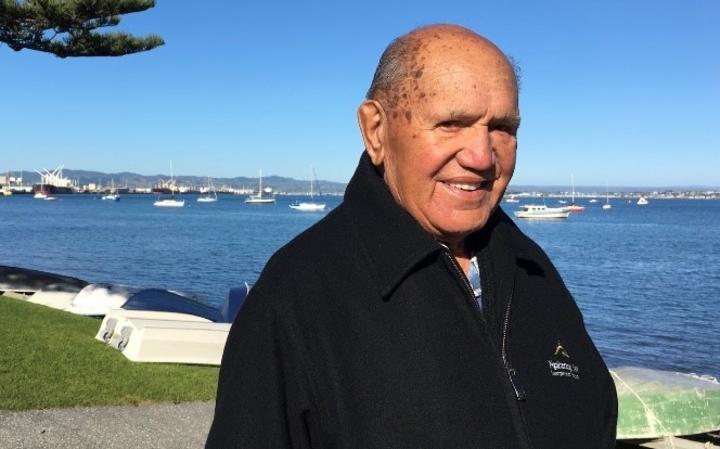 Kihi Ngātai was laid to rest today by whānau and friends following his passing on Sunday 1 August.

Hundreds have made their way over the past few days to Whareroa Marae to pay their respects to Ngātai who was beloved by many across the Tauranga region.

RNZ's Justine Murray, who attended the tangihanga, said Koro Kihi - as he is affectionately known - carried a depth and breadth of knowledge.

He contributed to the building and evolution of Tauranga Moana she said.

"Many people came to share their stories, their experiences and of course their respects to Dr Kihi Ngātai" she said.

He went on to fill several governance roles for iwi and hapu and worked with the Waitangi tribunal.

In 2006, Dr Ngātai was awarded a Queen's Birthday Honour and in 2014 an honorary doctorate.

Minister for Māori development Willie Jackson said iwi of Tauranga would mourn the loss of a Māori horticultural pioneer.

National MP Todd Muller also paid his respects to Ngātai who he has known since he was a young boy.

"He has been such a force for shared understanding of our history, community service, deep faith and kindness"

"My deepest sympathies to his whānau. A lovely man. Now at peace with Maria" he said.

Ngātai was taken from Whareroa to Tūtereinga Marae earlier today where a large contingent of iwi members, friends, colleagues and family paid their respects to a man they describe as their paramount chief and true leader.

His son Turi Ngātai said this morning his mum and my dad loved their family best - "he loved us all".