The government will consult with "Māori stakeholders" as part of its next step to implement the United Nations Declaration on the Rights of Indigenous Peoples. 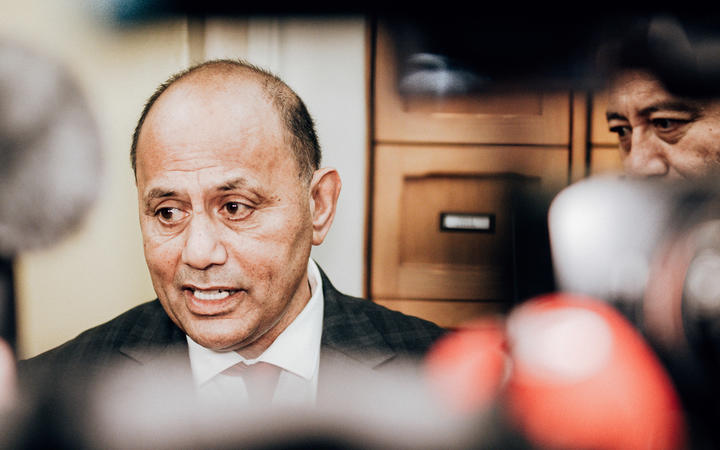 An independent report, He Puapua, commissioned by Te Puni Kōkiri and authored by constitutional scholar Dr Claire Charters, put forward a raft recommendations and a roadmap to meeting the Declaration by 2040.

The report was parked last year, but obtained earlier this year by the ACT Party and then National, the latter who called the proposal "separatist".

Māori Development Minister Willie Jackson has been reluctant to comment on He Puapua, saying it is "separate to government policy".

He has today announced at Ngā Whare Waatea Marae in South Auckland the next step in developing a national plan to implement the declaration will be consulting with "Māori stakeholders".

Over the next few months, Jackson said he would be working with representatives of the National Iwi Chairs Forum.

"This declaration is about indigenous peoples so it makes sense we talk with Māori first up," Jackson said.

At the same, he would be engaging with a group of independent legal experts with expertise in public law and with links to the New Zealand Human Rights Commission.

A draft declaration plan would be taken out for wider public consultation in 2022, with a final plan to be signed off by the end of that year.

Jackson reiterated that He Puapua was "not the plan" but "a collection of ideas, suggestions, aspirations and hopes for Māori - something to add to our discussions."

"The declaration was never meant to divide us. It is not a tool for separatism. It is not something to be afraid of.

"That's what's made the recent uproar both confusing and disappointing".

The National Party signed up to the New Zealand UN Declaration on the Rights of Indigenous People in 2010.

"This is an incredible opportunity for all of us in Aotearoa to heal and acknowledge our past so that we can have a more truthful, more harmonious future... so I'm really pleased to see He Puapua with the leadership of Māori voices being prioritised."

"They have been dragging their feet but it's good to see minister Jackson is taking it seriously and bringing in some really good guidance.

"He Puapua was a suggestion, it wasn't the be-all and end-all... our view is that we are a tangata whenua Te Tiriti-led country and we need to have constitutional discussions that reflect that."

Consultation needed to be inclusive of Māori who were not represented by groups like the Iwi Chairs Forum, Ngārewa-Packer said.