Condemnation of Oranga Tamariki continues to pour in thick and fast after video emerged of staff assaulting a young teen at one of its care facilities. 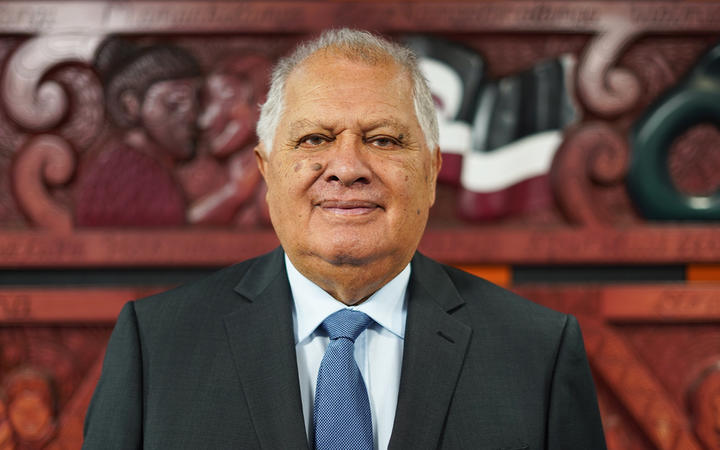 Oranga Tamariki acting chief executive Sir Wira Gardiner says CCTV footage of facilities is meant to be monitored but that did not happen in the recent case where a young person was held in a headlock. Photo: Oranga Tamariki

Oranga Tamariki acting chief executive Sir Wira Gardiner told a select committee at Parliament on Tuesday "a number" of staff had been stood down since the video was posted on the Newsroom website on Tuesday.

That video showed the young person being surrounded by staff, tackled, restrained and held in a headlock at one of the ministry's care and protection facilities.

The video went on to show the person being shoved into a wall, having his arms twisted behind him, and again being tackled to the ground.

At that same select committee, Children's Minister Kelvin Davis said the video was a symbol of a broken system.

"We can all agree over the past few years that it's obvious that Oranga Tamariki are failing to live up to their new name," Davis said.

"Today I'm not here to defend the indefensible. Oranga Tamariki has made some serious mistakes and there's no hiding away from them."

Gardiner, who was appointed to lead the embattled ministry four months ago, said he kicked a number of things into gear as soon as the video came to his attention.

"I initiated a protocol that we have with the police ... which means that the police come in and investigate the incident because there appeared to be an excess of violence, and I also stood down a number of staff and we immediately found a social worker to talk to the child at the centre of the video to check that the child was alright," Gardiner said.

He would not say how many staff had been stood down, citing legal reasons, but he did say he would have expected such an incident to be reported, and that CCTV footage of facilities was meant to be monitored.

In this case, neither of those things happened, which highlighted a broken internal reporting system.

"It's regrettable. I would prefer that the internal system works," Gardiner said, referring to the fact the incident was revealed by the media. "If I was in the same position, I would probably have taken the same path."

Davis said he had ordered an investigation and a ministerial advisory group appointed to oversee Oranga Tamariki visited the facility yesterday.

Group chair Matthew Tukaki said he was concerned with what he found and what took place, and he wanted to know whether abuse at the ministry's facilities was more widespread.

"We're going to be moving very quickly over the coming days to also look at the other care and protection residences," he said.

Oranga Tamariki operates four residences around the country and is in partnership for a fifth. In all, 43 children are in these facilities, Gardiner told the committee.

Figures supplied by Davis' office showed there had been 12 injuries resulting from the use of restraint at these facilities since 2017, most of them defined as low or medium-level, such as scratches, bruises, sprains or twists.

'Are there other tamariki at risk?' - Māori Party

One instance, in April last year, required hospital attention when someone broke their arm while in a standing restraint. The staff member involved was cleared by both police and Oranga Tamariki investigations.

Still, Davis said it was clear the state care system was broken, and Oranga Tamariki's power needed to be devolved.

"Yes, mistakes have been made. Yes, we need to change, to devolve, to put in place changes previous governments, Māori and the community have been calling for," he said.

Davis and Gardiner both said Oranga Tamariki was in the process of phasing out the care and protection facilities, to be replaced with 10 new smaller homes, but these could still be a few years away.

A review into Oranga Tamariki by Tukaki's ministerial advisory group was also due in August, which is expected to pave the way for more wholesale reform.

Māori Party co-leader Debbie Ngarewa-Packer said the culture at Oranga Tamariki was "rotten to the core", and the minister needed to act now.

"I want to know, are there other tamariki at risk?" she said. "Get them out. Put them in touch with their whānau, their hapū and their iwi now. The review is going to take too long if this is what's happening today."