Māori medical professionals and health advocates are "mildly optimistic" after the announcement that tangata whenua will have their own health body with the power to decide what services to fund.

A new Māori Health Authority will be set up to have joint decision-making power with the new entity Health New Zealand which will replace all 20 district health boards (DHB).

A consensus on whether a new Māori Health Authority should be able to fund its own services could not be reached by the Health and Disability System Review.

The report's author Heather Simpson and two other panel members dissented from the majority of the panel and went against the recommendation of the Māori Expert Advisory Group that the authority should have commissioning powers.

Minister of Health Andrew Little's decision that it should has been welcomed by the Waitangi Tribunal Māori health claimant group that has been calling for an independent Māori health authority with commissioning rights.

"It certainly has all the intentions of having more teeth than what we anticipated so we're mildly optimistic that maybe we are going to get something that is ... well resourced and have a lot of influence not only over Māori health but across the sector as well," claimant Janice Kuka, who is also managing director of Bay of Plenty Māori health provider Nga Mataapuna Oranga, said.

Her rōpū, led by Lady Tūreiti Moxon, took the government to task over the persistent inequities in health for Māori which found successive failures to provide equitable healthcare to Māori.

Just this week, a review found rangatahi Māori aged 15 to 18 were three times more likely to die after significant physical trauma like a car accident than non-Māori.

The Māori Health Authority would be designing policies alongside Health NZ to turn statistics like this around, and Associate Minister Peeni Henare said targets would be put in place to measure its progress.

While the authority will have its own budget to fund kaupapa Māori health services, the decision of how much money will rest with the Ministry of Health.

"It was a disappointing result for us as claimants because we truly believe that for it to be effective and to endure the different type of changes in government, that it really should stand outside of government and have its own mana motuhake so that what we put in place stays there and is not at the whim of different parties."

To do this she wanted separate legislation for the Māori Health Authority to protect it, which Little indicated there would be.

Māori doctors have thrown their support behind the authority.

"We were very strong that it needed to have appropriate power and agency if indeed it was going to represent tino rangatiratanga in the health system," deputy chair of the Māori Medical Practitioners Association Dr Curtis Walker said.

"Now has it got there? ... There's going to be a lot of devil in the detail, but it's pretty high level and with the powers it looks like it will be given, I think we've got a lot to work with."

That detail includes who will sit on the new authority and the iwi-Māori partnership boards, who will develop policy at a local level. 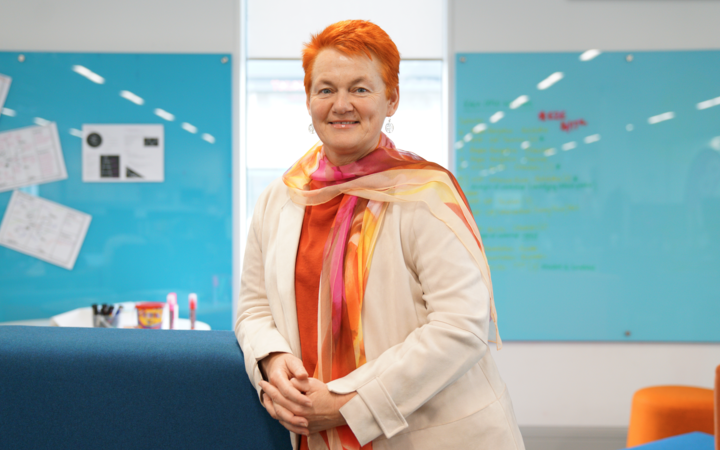 "We would want to see that there is Māori health leadership in Health New Zealand as well so that the Māori Health Authority isn't talking past one another, but in principle, I think anything which is able to capture the voice of whānau to be able to design, determine, deliver, quality outcomes for our whanau has to be a good thing."

The question on everyone's lips remains how much money the authority will receive.

Henare said getting the figure right would be a challenge as it would need to take into account where Māori were receiving their care from.

Determining that would be up to Māori health leaders who would have their say in the coming months as the government travels the country canvassing their views.

A key question to be answered is how the iwi-Māori partnership boards will be established and operated.

An interim Māori authority will be set up by the end of the year as a departmental agency within the Ministry of Health, with the independent authority expected to be up and running in the next year.

In the meantime, the government is focused on accelerating primary and community care in certain areas, "some of which will take an approach centred on kaupapa Māori care".

An announcement on health measures for the new authority will be made soon.