A Wairarapa hapū has been overwhelmed by support for their crowd funding campaign to raise half-a-million dollars to buy back land their rangatira was born on and where many of their tīpuna are buried. 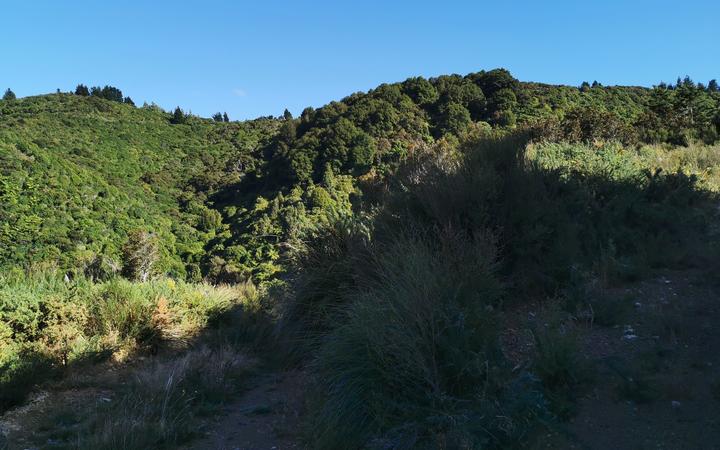 Ngāti Kahukuraawhitia wants to purchase 182 hectares by the Waiohine river in the Wairarapapa to build a papakāinga for their descendants to live on.

The the Give-a-Little has raised over $40,000 dollars in just a day, but it is a race against time to pull the money together before tenders close Tuesday afternoon.

It would be incredibly special for Ngāti Kahukuraawhitia descendant, Carlene Te Tau, to have the land back.

"It'll be like being embraced by our people and being able to say, we haven't forgotten and we're trying to hold on fast to what they gave us," Te Tau said.

"I've done a big karakia to our tīpuna and to our ātua to see if this can be one of the dreams that can be brought back in and back home to us so we'll be ready for it, we're wanting to see it happen".

"Ngātuere, he was born in the stream along there and it was where our pā sites were [and] with the musket raids coming through, a lot of our whānau died around that area," Te Tau said.

In addition to the significance of the site, the ngahere or forest behind it is all native and the hapū want to use it to make rongoā or traditional Māori medicine.

Hapū member Amber Craig wants the next generation to grow up there.

"I would love to see our whānau return to that whenua, live off the whenua, nourish it and pay attention to Papaptūānuku and through that, the whenua looks after us as people and that we can return our people to birthing their children within that awa," Craig said.

But they have a challenge ahead of them, as the land is up for sale for $1.2 - 1.5 million, and they don't have any money of their own.

Ngātuere says they shouldn't have to buy it back, but time is of the essence.

"It's not right but until the world changes... it just is what it is but we can sit back and wait for the prices to keep sky-rocketing or we can get out there and try do something."

The support that has flooded in so far has been overwhelming, Craig says.

"It's been amazing and a little bit shocking but we really love and appreciate it, some people have donated $2.40 to the bank account and you just know that is potentially the last funds they have available so we really appreciate everyone who has donated".

The hapū collective that Ngāti Kahukuraawhitia falls under has yet to receive its treaty settlement.

The signing of the deed of settlement for the governance entity, Ngāti Kahungunu ki Wairarapa Tāmaki nui-a-Rua Settlement, has been delayed due to on-going litigation in the Waitangi Tribunal.

Once the settlement process is complete, they will receive $93m in financial redress.

In the meantime, the governance entity, which the hapū falls under, have received an initial $18.6m.

Ngāti Kahukuraawhitia has approached the entity about getting some of this money to help buy the whenua.