For the first time, well-known poems by famous poet Maya Angelou have been translated into te reo Māori and recited to celebrate wāhine and te reo rangatira. 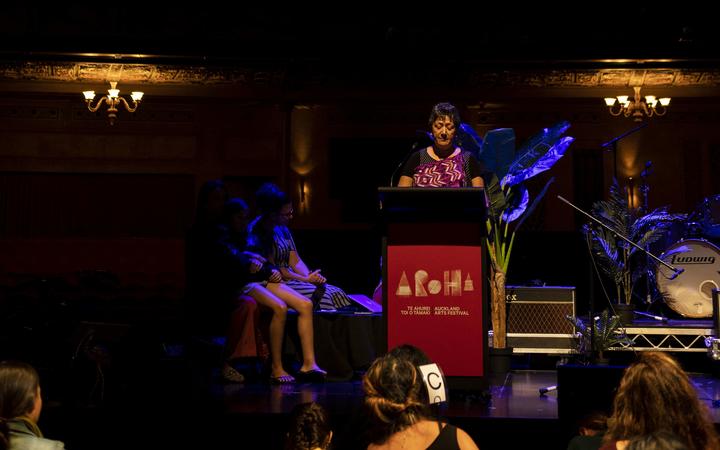 "The caged bird" of the American Poet Maya Angelou's poetry was set free this morning in Tāmaki Makaurau for the Auckland Arts Festival.

Several wāhine Māori stood and presented their translations of the poems, for the kaupapa Wāhine Toikupu at Auckland's The Civic Club.

Wāhine Toikupu was a kaupapa held to mark the celebration of international women's month.

It emulates the broader ambition set by the Kōtahi Rau Pukapuka trust to translate 100 pieces of quality literature into te reo Māori.

The aim of the project is to support whānau and communities engaged in te reo revitalisation and commemorate the life and work of writers like Angelou.

Te reo Māori enthusiasts, experts and speakers were in abundance at the event presented by Auckland Arts Festival which has taken place throughout March.

The wāhine who delivered pieces were graduates from Te Panekiretanga o Te Reo Māori, the institute of Māori language excellence.

The women were given a wero, a challenge, to find a poem that resonated with them personally from the book The complete collected poems of Maya Angelou and translate it into te reo Māori.

As each wahine stood and presented their chosen poem from pieces such as 'Still I rise' and 'Phenomenal Woman' they also shared with the captivated audience how Angelou's words had affected and influenced them personally.

It was about acknowledging what had brought them to the stage, their teachings, learnings, their ancestors, their triumphs and struggles as well as those who had taught them.

Each piece was met with hums and ah's from the delighted crowd - and te reo Māori, te ao Māori and manawāhinetanga were at the centre. 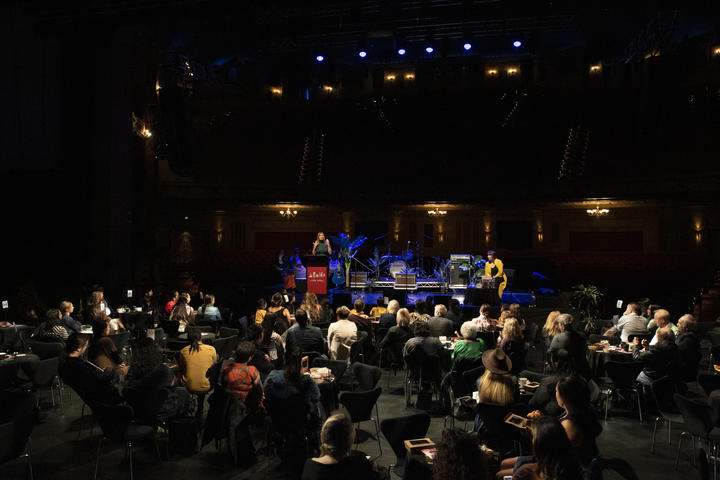 She said the mission of Kōtahi Rau Pukapuka was to expand the amount of reading material for young people and adults, and this kaupapa showed what was possible when people came together for te reo Māori celebration and promotion.

"I think language in terms of it being a tool for communication at its most basic form, if we can promote better communication between each other then that's going to help a lot towards public relations. 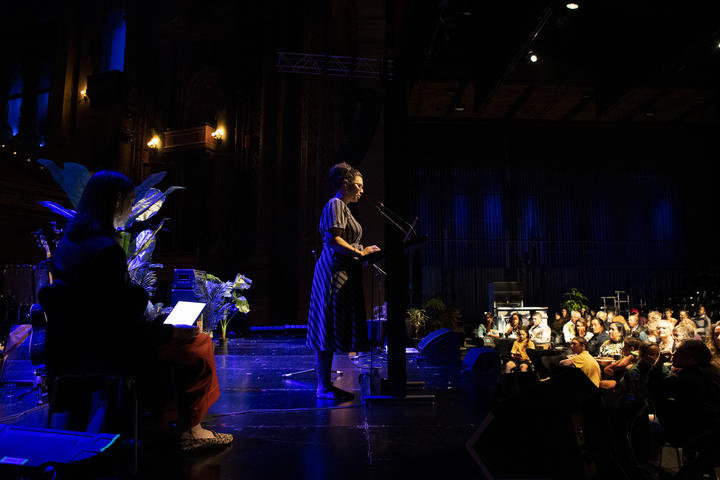 She said revitalisation of te reo was prevalent during the presentation.

"In 2019 Auckland Arts Festival signed a mahi tahi agreement with Te Taura Whiri o te reo Māori (the Māori Language Commission) which meant that te reo Māori would be seen and heard right across the festival and so that's apart of 'toi tū te reo' strategy where we want te reo to be at the forefront."

She said it was important for the festival to push te reo but also to help socialize and normalize the language so that people got used to hearing te reo everywhere they went.

"What we're trying to do is push positive kaupapa, so for this one it was about wāhine." 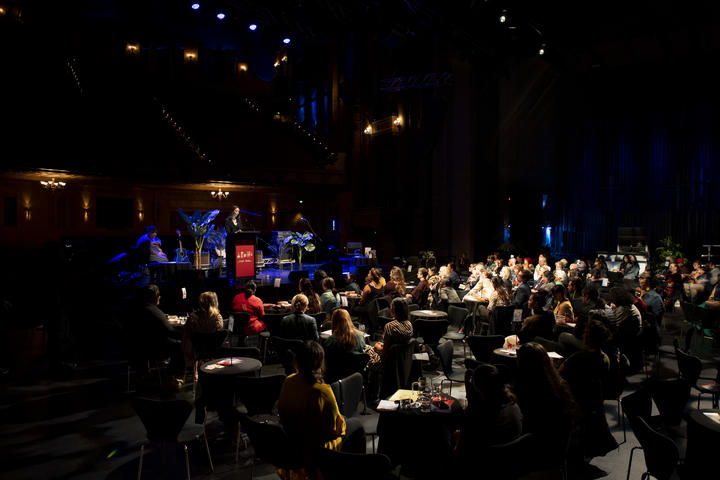 Journalist and television presenter Miriama Kamo, who was a part of the formation of Kotahi Rau Pukapuka, told the audience that Maya Angelou's writing was so profound because of how it resonated with a diversity of cultures.

"Her words resonate for women, the world around, from all backgrounds, but why for indigenous women?... it's not just the delicious lyricism of her writings, it's not just the earthy wisdom, the spiritual sass and the swing of her waist, it was a knowledge of oppression," Kamo said.

She said being apart of kaupapa like Wāhine Toikupu and Kōtahi Rau Pukapuka demonstrated how te reo revitalisation connected to Angelou's storytelling and who she was as an activist.

"Maya Angelou talks about knowing what a caged bird sings, for us it was a little bit like opening the cage and watching the bird leave and become something else completely independent of us."