Pasifika people have ended up needing hospital treatment for Covid-19 more than any other ethnic group in New Zealand, while half of those who've ended up in intensive care have been Māori, newly released data has shown. 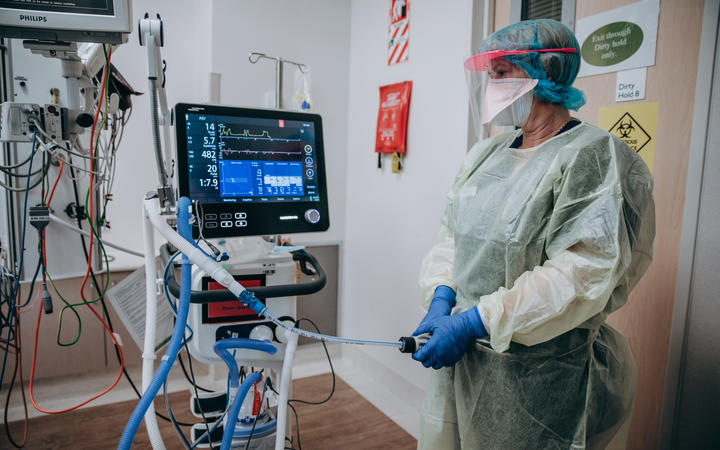 Data from Minister of Covid-19 Response Chris Hipkins has revealed seven of the 18 people admitted to intensive care for Covid-19 were Māori.

Older Pasifika people have had rates of hospital admission almost five times that for non-Pasifika or non-Māori.

Papakura marae-based GP Matire Harwood said the findings backed up the concerns health professionals have had since the beginning of the pandemic.

"We know that people who have other long term conditions like respiratory conditions, emphysema, asthma, diabetes, heart failure - these are all more prevalent amongst Māori and Pasifika communities and so these have also been found to increase the risk of hospitalisations for Covid-19.

"The fact that we have higher rates of serious illness from Covid mean that we need to have a targeted response to ensure these people who need it most are getting the vaccine."

National Party health spokesperson Shane Reti said the data showed Māori were overly represented in the number of people who were admitted to the intensive care unit.

"There is some leanings here towards if Māori get coronavirus they do worse on their way to hospital."

However, he did not think a vaccination plan should target specific ethnic groups.

"Non-Māori who are overcrowded have the same risk of transmission, therefore let's base that decision on overcrowding, we don't need to base that on ethnicity, any areas where there's overcrowding should be preferentially vaccinated."

"Ethnicity puts people at higher risk and that's due to the structure inequities within our society, so a prioritisation system that doesn't include ethnicity within it is going to disadvantage Māori and Pacific people and it's going to put them at higher risk," Dr Jones said.

Last year, modelling of the risk of Covid-19 found 5000 Māori and 7500 Pasifika would require hospital level care in Counties Manukau alone if there was community transmission

So far, in reality, there have been very few admissions, but Dr Jones said there was still a concern - which was supported by the numbers of Māori and Pasifika who had ended up in hospital from Covid-19.

"If we were to get a more widespread outbreak, Māori and Pacific people would be disproportionately at risk and we could see really terrible numbers in terms of people being admitted to ICU."

In a statement, a Ministry of Health spokesperson said 250 Pasifika border and managed isolation and quarantine facility workers have already been vaccinated, and the families of these border workers will receive the jab in the next stage.

It said it had also committed to working with Māori health providers to immunise their communities, and it was designing a specific service to reach Māori in remote, rural areas.