This year's celebration of the birthday of Rātana founder Tahupōtiki Wiremu Rātana has been seen fewer followers make the annual pilgrimage, but morehu who did attend say they're committed to the faith.

The blustering winds at the pā mirrored the conflict between factions of the church that have 2021 seen this years' annual celebrations restricted to morehu (followers).

The only politicians present were Labour MPs Nanaia Mahuta and Adrian Ruruawhe, who is also the great-grandson of Tahupōtiki Wiremu Rātana.

The marae committee originally said celebrations were to be one day only but the church executive said that decision was supposed to lie with them, resulting in no manuhiri (guest) being invited to the pā.

But the conflict hasn't dampened the spirits of hundreds of morehu who descended on the pā, among them, Kararaina Parerohi Rāhui Te Ira from the Hawke's Bay.

"I think the main thing for those of us who are morehu - see it's different for me because I'm not from the pā here, we're just one of the many out there in Aotearoa - is to just keep to the whakaaro of the hāhi and to be pono to that."

There have been a number of wānanga over the weekend to decide the future of the church and for followers to learn about te ture tangata, the political arm of the movement. 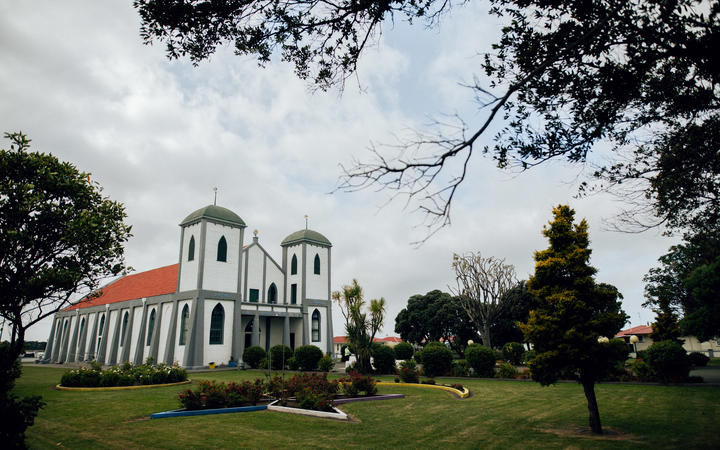 Jim Turuhia Edmond is from Raetihi, which has its own smaller version of the temple, and said the faith had been instilled in him as his koro was an āpotoro (minister).

He attended a wānanga yesterday and said there were some things that needed to change within the church.

"The policies or the kawenata are fine but they need to be upgraded as we go on, that's my thoughts on it.

Official church spokesperson Mita Ririnui said the wānanga also included educating rangatahi (youth) on how the Treaty of Waitangi sits within the teachings of the church, which was carried out by the late Labour MP Eruera Tirikatene.

"I think the first statements around the Treaty of Waitangi was the maiden speech by the Rātana independent Tirikatene and he founded his kaupapa fairly on the four corners of the Treaty of Waitangi, and from that time it's always been a focus of Māori members of parliament," Ririnui said.

"The current round of members are in a really strong position to continue that work, there are a number of acts of parliament with Treaty clauses in them but there is also the bigger discussion around where the Treaty sits in a written constitution." 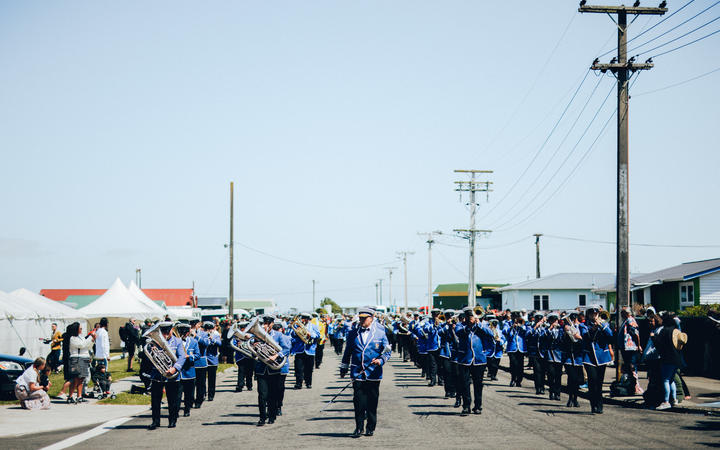 A band leads the procession of followers into Rātana temple as morehu celebrate the birthday of the faith's founder on 25 January, 2021. Photo: RNZ / Dom Thomas

Ririnui disagrees with the call from the church executive chairperson, Hareruia Aperahama, for the faith to reinstate its own political party.

"We are a very large movement, we've had a long-standing relationship with the Labour Party and the Labour Party is now in government and so our focus is how do we advance that conversation around the Rātana, the morehu voice in parliament."

The main event was the whakamoemiti or church service at midday with the band leading the procession of followers into the temple.

The now confirmed community case of Covid-19 has also seen a smaller contingent from Omeka in the Far North.

It didn't stop Rātana band member Jacob Tobin from driving down from Te Tai Tokerau last night with his son for the celebrations.

"Anytime that we can leave the Far North and see this beautiful temepara behind me, any opportunity to come here and just be in the spirit, we'll take it, so it's very important to me and hopefully my kids and their kids." 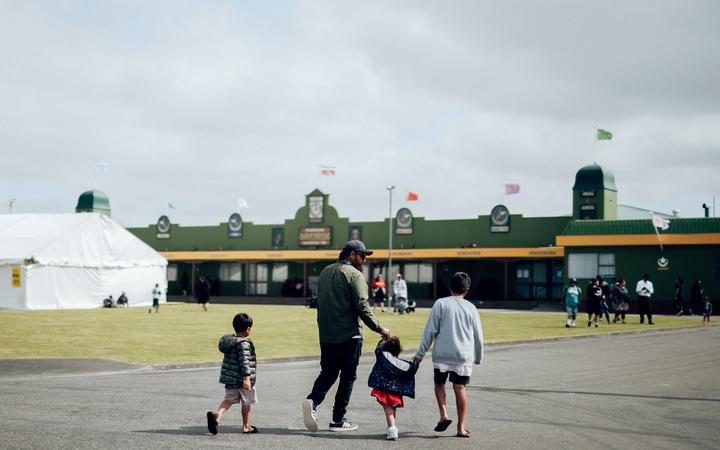 Ngā morehu, like Jackie Turia from Palmerston North, say they are committed to living the teachings preached by their late leader.

"I absolutely love the māramatanga that this place brings and for the future, what T.W. Rātana said is to love everybody, to love the god and to believe in the god and that's what I do."

Her grandmother was one of two school kids that drew the design which became the Roman clock garden that sits within the grounds.

"Every year I go over there and I remember my nans and the fact that T.W. Rātana was alive then, but I probably came here first when I was an 8-year-old kid and I've been coming here ever since."

With her two mokopuna Hinengākau and Wepiha Webster in tow, she said it was important to grow the next generation of morehu. 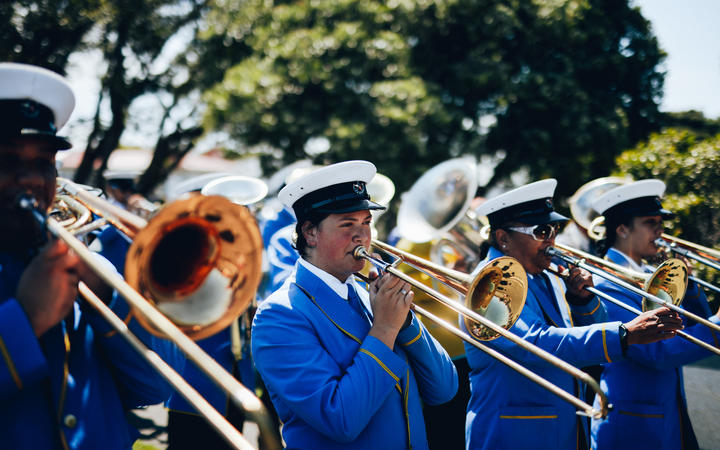 A band leads the procession of followers into Rātana temple as morehu celebrate the birthday of the faith's founder on 25 January, 2021. Photo: RNZ / Dom Thomas