Police have launched a national review into a policy of taking photos of young people after it was revealed officers in Wairarapa took illegal photos of rangatahi. 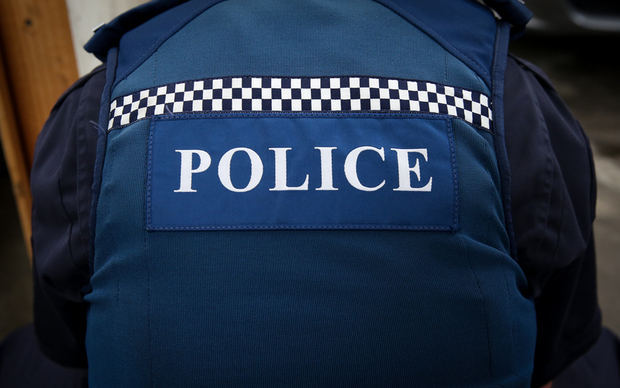 Acting assistant police commissioner Scott Fraser said the review would determine whether or not its policy needed to be amended (file photo). Photo: RNZ / Alexander Robertson

The Independent Police Conduct Authority and the privacy commissioner announced they would undertake a joint investigation into the photographing of young Māori by the police last month.

The practice came to light after inquiries from RNZ about reports of rangatahi having their photos taken by officers on the street in Masterton.

Police now have announced an internal review into the practice to make sure its policy is fit for purpose and look at how it is being applied on the front line.

Acting assistant police commissioner Scott Fraser said the review would determine whether or not its policy needed to be amended.

As it stands, the police say they are able to take photos of young people under Section 214 of the Oranga Tamariki Act, however, this was brought under scrutiny when it was revealed a police review in August found three photographs, all of young Māori, contravened legislation and had since been destroyed.

"Currently if a young person is arrested under section 214 of the Oranga Tamariki Act we can take the young person's photograph, we are just making sure that it is clear to our people," Fraser said.

There is no timeline on the review and there is no indication of when changes might happen, but police said they wanted to act quickly.

"There are a number of aspects [of the review], looking at our own policy working with stakeholders and others on advice whether it should be changed, or maybe should it be worded in a way that is clearer," Fraser said.

When the story broke - lawyers, advocates and iwi were critical of police, saying the illegal photographing of young people was likely to be happening elsewhere and they called for a national review of the practice.

Asked whether the instigation of the review showed that it was a wider issue and not just isolated to the cases in the Wairarapa, Fraser said it was not.

"No - it is critical we maintain the public trust and confidence. While we know the staff were acting in the best intentions, the review will look to assess if there has been inconsistencies of how the policy has been applied.

"The public have high expectations of us and we need to reach those expectations, that is why we are looking at these practices. I think we are clear that we are not saying we got it right in these circumstances and are being transparent about how we will look at how we do operate and make sure we operate to the level that everyone expects us to."

Barrister Kingi Snelgar told Morning Report the issue is that frontline police are not consistent when exercising their discretion.

Sneglar said there's a high chance police are taking photos of young Māori in other places across the motu.

"There needs to be consistency across not only the Wairarapa but the entire of New Zealand," he said.

Incidents such as these create distrust, he said.

"Certainly taking photographs of young Māori is not going to endure any aroha within those whānau and we know that there is intergeneration harm with Māori and their relationship to the police."

He suggested the creation of an independent Māori commissioner or watchdog to look at some of the more nuanced issues.

The illegally taken photos in the Wairarapa were of young Māori, raising the question of racial profiling by officers with the Rangitāne iwi saying police needed to look at themselves closely and call out what was racism.

Police denied they were racially profiling Māori but said that a partnership with Māori was something they worked actively on every day.

"We are working hard every day both partnership and relationship and that is why we are being entirely transparent," Fraser said.

"We have nothing to hide."

Lawyer Marie Taylor-Cyphers said police must immediately stop taking pictures of young people on the street while the practice was being investigated.

She said there was no need to wait for months for the findings of the investigations.

"The police could easily issue a policy that says 'hey, we don't take photographs without parental permission or [an] arrest being made'".