Twenty marae across the country have thrown their support behind Book a Marae, an online booking platform similar to Airbnb, but the business venture is struggling to get off the ground. 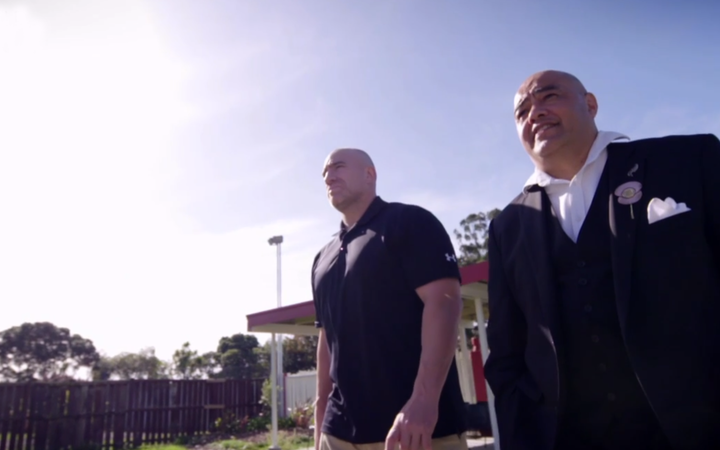 Its creators say its bids for government funding or support have been pushed back or declined at every turn.

The chairman of Mangatangi Marae, Warahi Paki, said the Book a Marae concept - where people could book marae stays through an app - was brilliant.

He said his marae, about an hour's drive south of Auckland, could benefit from a steady flow of income and more certainty around visitor numbers.

"Just imagine, people are booking to come to your marae but they've already paid and all they have to do is show up, that's wonderful!" he said.

"We usually have to guess for tangi, when we have bookings, because people don't give you the full information about who is coming and why, so from a host's perspective, it's very difficult to organise catering and our resources."

Mereana Hona from Iramoko Marae, just outside of Whakatāne, agreed.

She said it would create jobs and bring whānau living away from the marae back to their whenua.

"We've got an amazing marae, and I mean that sincerely, it's beautiful, and nestled right in the hills so we thought, we need to showcase our marae," she said.

Book a Marae has received letters of commitment from 20 marae so far, but its struggling to get buy-in from the government.

A request for support from Māori Tourism was declined on the basis that it generally doesn't provide letters of support, especially to Māori tourism businesses that offer the same or similar experiences to others.

Co-creator Hyrum Sunnex said a funding bid through the Provincial Growth Fund was also declined, partly because of concerns around how it could disrupt tangihanga.

"So, every marae that comes onto the Book a Marae programme will either be in a cluster of two or three minimum, so if a tangi happened at one we would move the booking to next closest marae."

He said The Provincial Growth Fund also declined on the basis of lack of job creation, the lack of international tourism due to the closer borders and the ability for other businesses such as Airbnb to offer the same service.

But Sunnex believed Māori would prefer advertising on a platform run by Māori, and he rejected the idea that the business wouldn't generate jobs.

Te Puni Kōkiri has been working with the business since November last year to progress a funding application through the Māori Development Fund.

But in a statement it says this has been put on hold while it prioritises funding for whanau to respond to Covid-19, and that is unlikely to change anytime soon.

But Warahi Paki remained hopeful the business will eventually get the green light and said the demand was out there.

"We're trying to normalise our marae and let people know it's a normal place, it's another community hub."

The Provincial Development Unit which manages the provincial growth fund is yet to respond to RNZ's request for comment.