A board game tracing the journey of a waka navigator to Aotearoa is among the iwi specific reo Māori resources the government is pushing for more of in schools, and has topped up funding for by $1.5 million. 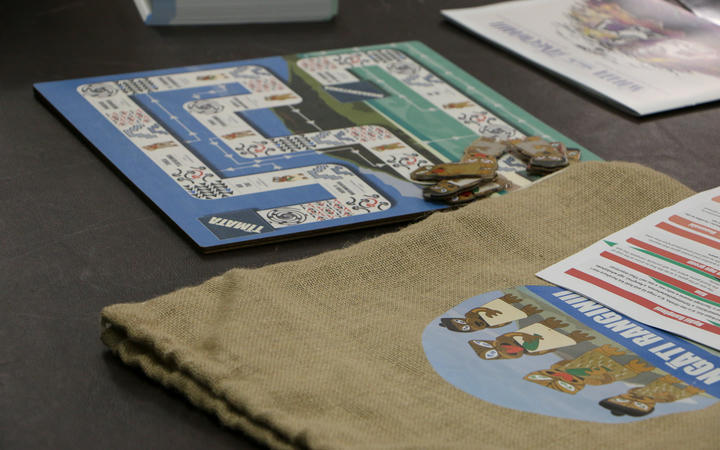 Te Aho Ngārahu fund, a Ministry of Education fund which takes kōrero tuku iho - iwi stories passed down through generations - and turns them into games, books or other digital storytelling methods, has opened for its fourth round of funding.

The fund received a $1.5m boost in this year's budget, increasing its annual funding to $3.41m.

Among those rauemi (resources) that have previously been funded are a Ngāti Ranginui board game tracing the journey of Takitimu waka navigator Tamatea Arikinui through Rarotonga to arrive in Aotearoa, digital story books about Māori superheroes Pūwhaorangi of Te Arawa and Ngarue of Taranaki, a multi-media interactive map telling the story of Pekehaua, and an e-book with a collection of stories of Moriori history on Rēkohu.

Tiare Teinakore (Waikato-Tainui, Ngāti Hauā) is the manager of te reo Māori at Tupu Ora, which developed the Ngāti Ranginui board game and the children's book Kau Kawana.

She said Kau Kawana was special to her, being from Waikato-Tainui, because it explored the land wars in the region.

"It was actually a part of our entry that Brad Totorewa composed for our kapa haka group and we thought 'what an awesome idea if we can translate that kōrero into a book and make it available to our tamariki and our kura as another means to learn the history and the kōrero tuku iho about that pakanga [conflict]'," she said. 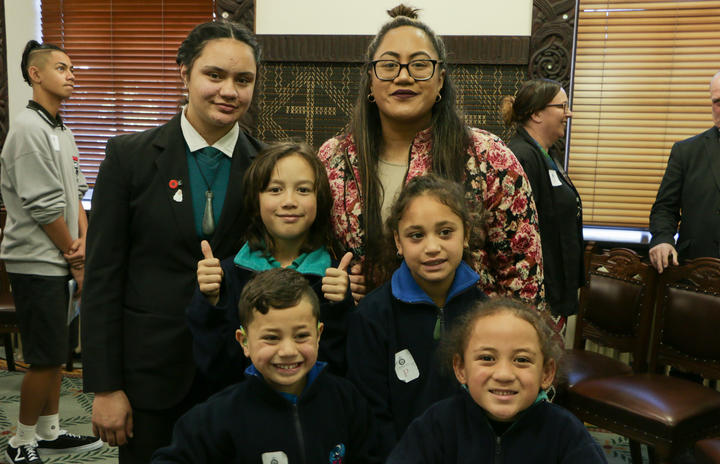 She said it was important that iwi retained ownership over their kōrero, and Tupu Ora were just the "waka" or the vehicle for turning their stories into something more.

"We give the iwi the mana in terms of the kōrero that they want to share because it's theirs, they're the story-tellers - we just take their magic and make it into something tangible to hold the kōrero tuku iho."

She said learning purākau and kōrero tuku iho was traditionally reserved for the marae but the project created another opportunity for tamariki to start learning now, and meant they did not need to wait to go back home to learn it.

"It normalises these kōrero, it makes it natural and a part of their lives, rather than something formal."

Associate Education Minister Kelvin Davis said it was important there were reo Māori resources that reflected the geographic differences between iwi.

"The mita, or dialect of each iwi, is different across the country, the history, the stories, they're different. Even when we have common stories about common ancestors there's often regional differences in the way we see those stories, so it's important that our children - regardless of where they live - can see themselves and their ancestors, their history, and they can learn through these Māori resources." 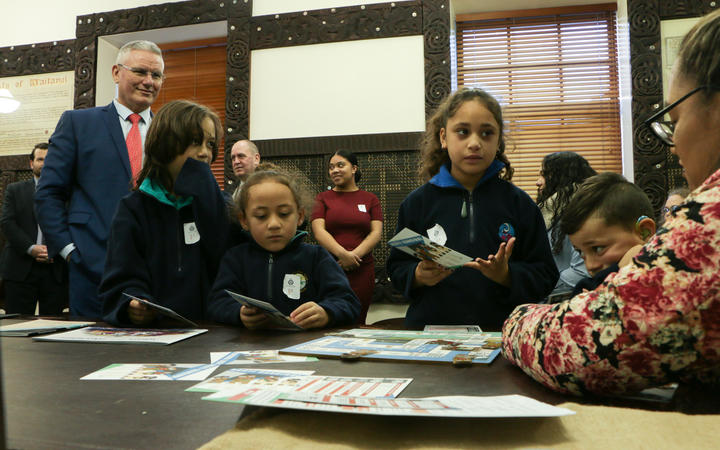 He said that for too long, there had been a reliance on generic reo Māori resources, and it was time to "up the ante" to have hapū and iwi-centric resources.

The Ministry of Education would set up training sessions in the coming months to teach teachers how to use the learning resources, Davis said.