A former Department of Conservation ranger and Ngāti Porou descendant fears rubbish from an old landfill near the Awatere River on the East Cape could find its way out to the sea if a solution isn't found soon. 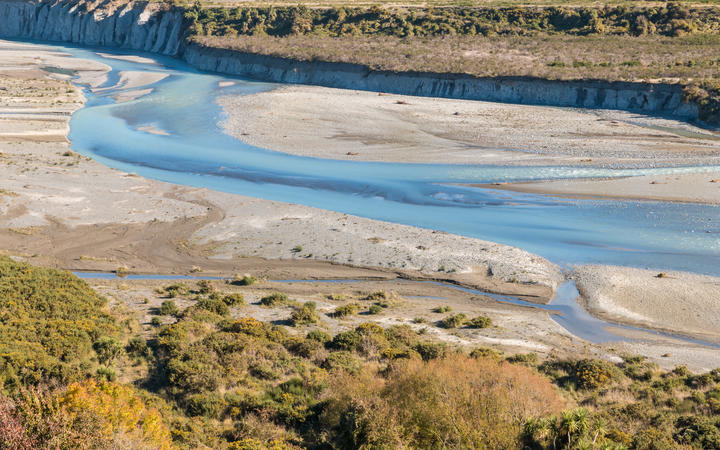 Heavy rain has burst the dump site open, and rubbish including plastic bags, cans and food packaging has since spilled into the river.

Environment and Resource Management advisor to Te Rūnanganui o Ngāti Porou, Hal Hovell, said the Gisborne District Council had covered the exposed areas of the riverbank in the interim, but must find a long-term solution soon.

"Depending on the sea conditions it could affect the people out by the coast line around to the East Cape, so there's potential there for a real problem.

"Most of the stuff that's coming out at the moment is plastic bags, cans and all sorts of things but it's a site where, before regulations were put into place, chemicals, animal bodies, car bodies, white ware and household rubbish were put too.

"I have no doubt that there's a lot of asbestos in there as well."

Hovell said concerns had been raised with the council about the dump site in the past.

"There were a number of community meetings held, the biggest problem was trying to find a site for a new area. Everyone wanted it removed but nobody wanted to give land for a new site... the problem was finding somewhere to take everything, and that's been something the council has trying to be finding a remedy to.

"Even though it's fixed up now we're still going to have this problem... there's no easy solution."

Te Tairāwhiti community leader Tina Ngata said toxic leachate had been leaking from the dump site for some time, and urged the district council to remove the dump site completely.

"Even though the rubbish is contained the toxic leachate is still an issue for us and that's one of the reasons why we still want to continue these discussions," she said.

"But also, of course, being a river mouth and climate change being as it is, it's consistently going to be moving around and we're going to continue to have rising seas, so we really do need it to be opened up and taken away safely."

About three truck loads have taken rubbish from the area since the dump spilled over.

"The site is a very significant one for us, it's a scared site where our warriors once trained," Ngata said.

"It's also a place where we have traditionally fished, fed our nets, dived, where our children have swam... we never actually wanted that to be the dump site in the first place when it was put there in the '70s.

"When it was retired 15 years ago we asked that it be removed then. It's got all sorts of toxic chemicals."

RNZ has approached the Gisborne District Council for comment.