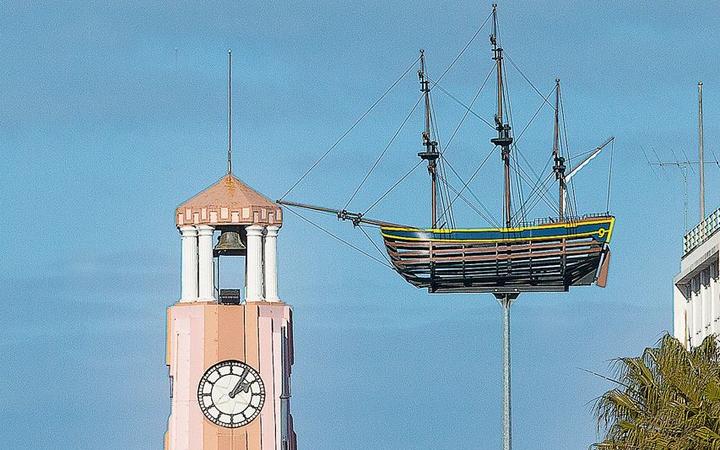 Wooden statues of the Endeavour at Gladstone Road in Gisborne that were removed years ago. Photo: Supplied / Cook Islands News

Councillors have come under fire since they voted 11 to three in favour last week of installing the replicas on Gisborne's Gladstone Road without any public input, including from local iwi.

Mayor Rehette Stoltz admitted this week she regretted her decision, saying the council could do better and should seek public feedback.

She said the council will hold an Extraordinary Operations Committee Meeting next Wednesday to officially rescind the decision.

"What is clear is that there were more councillors who had doubts following that meeting," she said.

"As a council there are processes that need to be followed and we will be going through that with a view to rescinding the decision and consulting on the placement of the replicas."