Children's Minister Tracey Martin says she was never officially asked to do anything about the Māori-led inquiry into Oranga Tamariki which was commissioned by Whanau Ora. 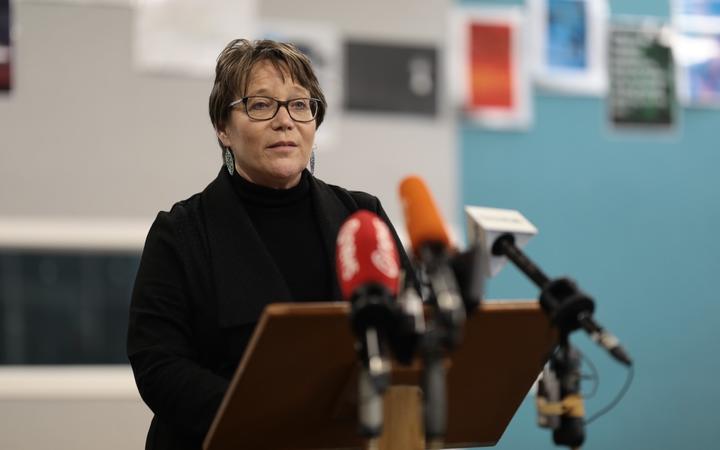 The inquiry was one of five initiated after Oranga Tamariki tried to take a newborn baby from a Hawke's Bay mother last year.

The three-part report, released in February, was based on contacts with more than 1000 whānau on their experiences of the Ministry.

The review detailed three key actions to overhaul the system: supporting and strengthening whānau capability and capacity; a structural analysis and review of Oranga Tamariki systems, policies, processes and practices; and building on the call from whānau for 'By Māori, For Māori, with Māori' solutions for long-term sustainability.

Martin was asked at the Social Services and Community select committee today what work had been done since the inquiry report was released.

She said she was not required to respond to it in any way.

"I spoke to Dame Naida Glavish on the morning that she was going to go into the Iwi Chairs Forum and hand it in up in Waitangi and I said to her, 'I've read the draft report, it's a brilliant report and I want to say thank you very much for providing it'.

"I said to her 'but I don't know what you want me to do with it' and she said 'I didn't do it for you and we don't require your response," she said.

Martin said she had since spoken to Oranga Tamariki about the report and how to approach the recommendations in it.

"I've now had conversations with Whanau Ora and the commissioning agencies and they have not officially asked me to do anything here.

"What I have done is I have asked Oranga Tamariki to go away and I want mapping from the recommendations here. Many of the stories are historical so things have changed already, and I want mapping of what has changed from the historical stories, what have we got in our future planning that would address the recommendations and the action points and then what are we missing?

"The biggest thing we were missing was making sure that the system was by Māori, for Māori, and that's where the work from the Whanau Ora agencies came from."