Newshub has taken down the image of a kōhanga reo sign it used in a story about child abuse, following a complaint by the Kōhanga Reo National Trust. 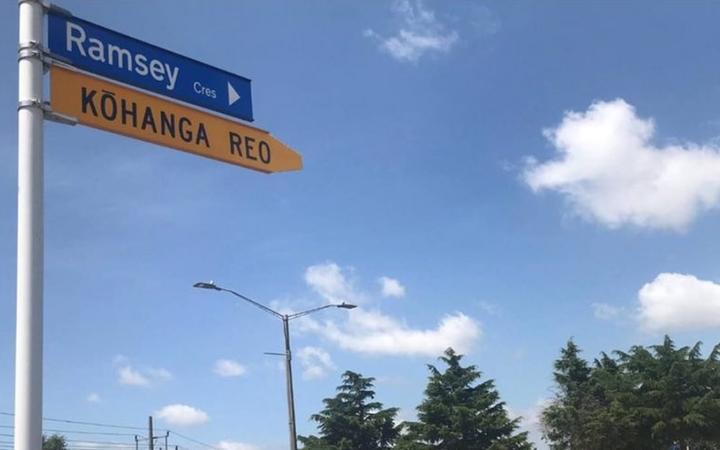 The Kōhanga Reo National trust has given RNZ permission to use the image for this story. Photo: Screenshot / Stuff

The image appeared in the story about a four-year-old boy who was severely beaten in Flaxmere, which ran on the programme yesterday.

Kōhanga Reo national manager Renata Kurarangi said while the image also showed the street sign where the abuse took place, it could have been misinterpreted to mean the abuse occurred at a kōhanga.

"You automatically go to the negative which is, 'there they go, there's those Māori people again', and, 'it also happens at their kōhanga reo, the abuse'.

"We were alerted by a person who wrote an email directly to Newshub, who told them it looks like that abuse happened at the kōhanga without reading the article.

'We don't tautoko what happened to that boy. We know that our whānau, our families, have a lot of issues in amongst our people and we are trying our best, but to be painted with that brush, that it happened in our world, in our kōhanga reo, is degrading to all our people who are working tirelessly in kōhanga."

The Kōhanga Reo National Trust has informed all of its kōhanga reo about the image, and what action it has taken to remove it.

But Kurarangi said the image had probably already been seen by people, and kōhanga reo whānau were still very upset.

"We've had a number of kōhanga calling in with concerns and agree that what you see speaks volumes about how people might perceive our kaupapa and how our people are," he said.

"Kōhanga reo is an advocate for looking after and promoting love within the bosom of the whānau, so at the end of the day Newshub did take down the photo but I understand Stuff also used the image this morning and despite all of that, it's like how people say things, once you've said it, you've said it."

He said there was a lesson in this incident for all media.

"All we're talking about is a particular person who should have been culturally sensitive to this.

"If you're going to talk and report on Māori issues maybe media need to employ Māori people to do that or become more savvy as to how different people and different cultures operate.

"Our thoughts are with the child, children, whānau and community of Flaxmere, we hope that they are able to navigate and overcome these tough issues within their community. Te Kōhanga Reo National Trust would also like to offer our support to any whānau who may be struggling through these issues."

In a statement a spokesperson for MediaWorks which owns Newshub said it was made aware of the Kōhanga Reo Trust's concerns yesterday and immediately changed the thumbnail for the story which included the street signs.

They said the image was intended to show that the incident took place on Ramsey Crescent and it was an unfortunate coincidence that the words Kōhanga Reo were also on it.