Hundreds gathered in Panguru this morning to unveil a statue honouring the late Dame Whina Cooper. 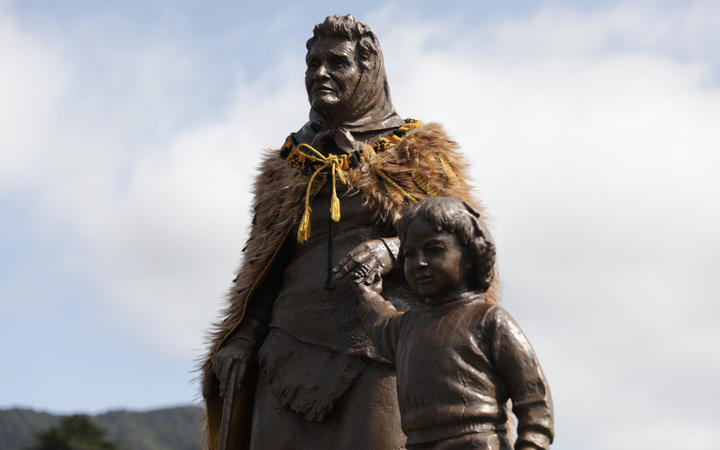 This year marks 45 years since the historic land march Dame Whina led from Te Hapua to Parliament in Wellington, with the catch cry that not one more acre of land be taken.

The statue was unveiled at Waipuna Marae where Prime Minister Jacinda Ardern, politicians, iwi leaders, her descendants and those who take part of the annual hīkoi from Te Rerenga Wairua to Waitangi attended.

Protesters from Ihumātao also made the trip for the event.

The government delegation made their way down the hill, through the urupā, and were then welcomed on to the marae where Ardern cut the ribbon, revealing the statue.

It's the biggest crowd seen in the small Northland settlement since Dame Whina's death in 1994. 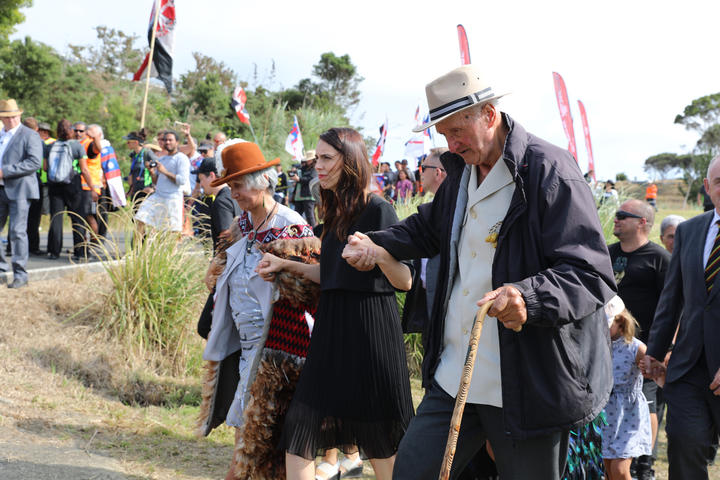 In unveiling the statue, Ardern acknowledged Dame Whina's leadership, saying "the land march exemplified her strength of character, her foresight, her stamina and her leadership".

It's been 45 years since the historic land march Dame Whina led from Te Hapua to Parliament in Wellington, with the catch cry 'not one more acre of land be taken'.

It was an acknowledgement of her legacy, and what a huge part of New Zealand's history she occupied, Ardern told reporters.

"There are very few statues that capture the role models particularly within Māoridom so this is significant for many reasons." 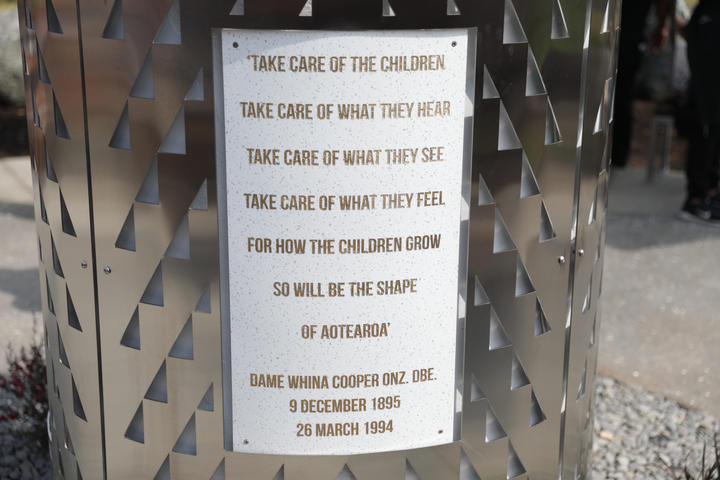 While Ardern said she never had the privilege of meeting Dame Whina, she believed that if they did, they would have agreed on a lot.

Today marks the start of a number of events for Ardern up north, ahead of Waitangi Day.

Arden said she wanted Māori to have expectations of the government.

She was asked how politicians squared disputes like Ihumātao with honouring Māori who protested over land rights in the past.

"If we reflect back in July last year our goal as a government has been to resolve that dispute and since then development hasn't occurred while we've been working through with all parties to find a resolution", Ardern said. 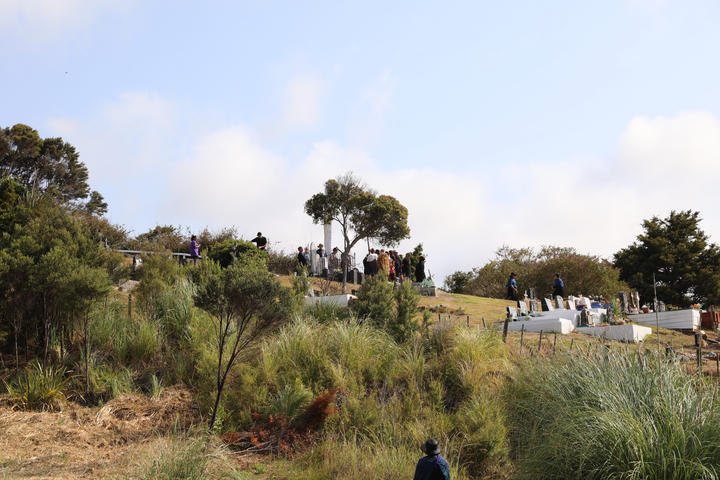 Government ministers have said they wanted Ihumātao settled, or at least be in a position to make a public announcement, but that now looks unlikely.

"This is complex, if it were easy there definitely would have been a resolution by now", she said.

"Ultimately what's most important is we find that solution rather than just rush it within a short time frame."

Today's hīkoi was also emblematic and an acknowledgement of the 1975 land march, said Ardern.

"And I do think we have to acknowledge we still do have work to do but it felt special to be a part of this today."