More than 200 people gathered at Pāpāwai Marae in Greytown today as Ngāti Kahungunu ki Wairarapa celebrated the first person from their iwi to be knighted. 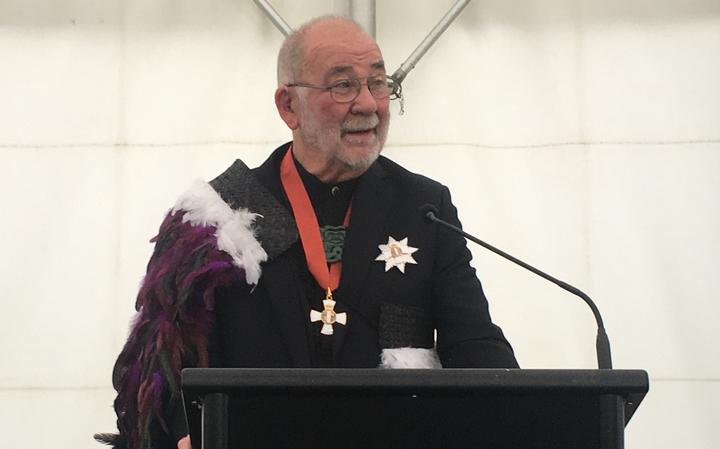 Sir Kim Workman was knighted in the New Year Honours, and today was a chance for his community to pay tribute to the tireless justice campaigner.

The 78 year old has held many titles.

He's been a cop, head of prisons, families commissioner and fierce campaigner for criminal justice reform.

Add to that a jazz musician, and a father.

"When I got the knighthood I thought Id love to be able to have a celebration here just to honour those people who helped to raise me when I was a boy, who sort of breathed knowledge into me and some wisdom. It was lovely," he said.

Ngāti Kahungunu leader Ngahiwi Tomoana said Sir Kim was not only a proud advocate for criminal justice reform, but also for his people.

"There's an acknowledgement that if you stick to tikanga Māori and you stick to your whakapapa you will be honoured from all sides," he said.

"That's what Kim has done. He has honoured his whakapapa from day one and now the state has recognised his contribute to the whole nation." 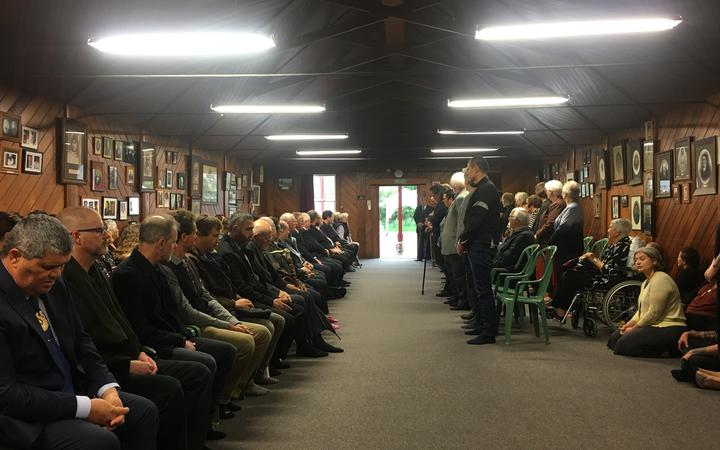 More than 200 people gathered at Pāpāwai Marae in Greytown today as Ngāti Kahungunu ki Wairarapa celebrated the first person from their iwi to be knighted. Photo: RNZ / Te Aniwa Hurihanganui

Sir Kim recalled than when he first entered the police force in 1958, punishment was the focus when it came to dealing with crime.

"The police had a very simplistic approach to their job and their main thinking was that our role is to enforce the law, and not to necessarily to prevent offending or not to deal with issues of social harm."

It was an attitude, he said, had contributed to Māori being over-represented in prison, with Māori making up more than half of those behind bars.

He said nothing would change if that mindset remained the same.

"There needs to be a significant fundamental cultural change and that's going to be really difficult to achieve.

"I think essentially it means we have to redefine the relationship between the Crown and Māori, and we have to give Māori much more authority over their own lives."

Justice reform advocate Laura O'Connell Rapira said thanks to Sir Kim, she could see a justice system in the near future that was fair for everyone.

"I and many of the other Just Speak whānau aspire to continue the legacy of his work and that of others like Annette Sykes and Moana Jackson and Tracey McIntosh.

"They've sort of paved the way for us to build the more beautiful, more just and more equitable future that our heart and people like Kim shows us is possible." 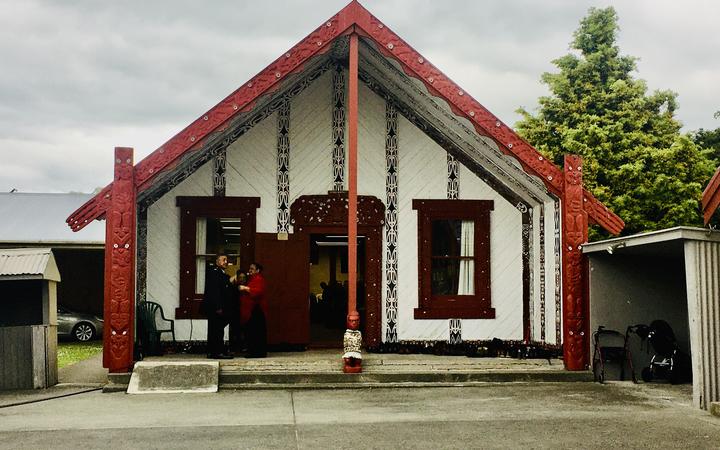 "I was advised that investitures were only rarely held at marae most commonly when the recipient is physically incapable of travelling or does not have long to live," he said.

However, he was thankful to be recognised there, on the same day as it happens when Pāpāwai Marae received wāhi tūpuna classification on the NZ Heritage List.

He said it was the centre of the universe - his tūrangawaewae - and celebrating his knighthood where he was from was something he wouldn't forget.