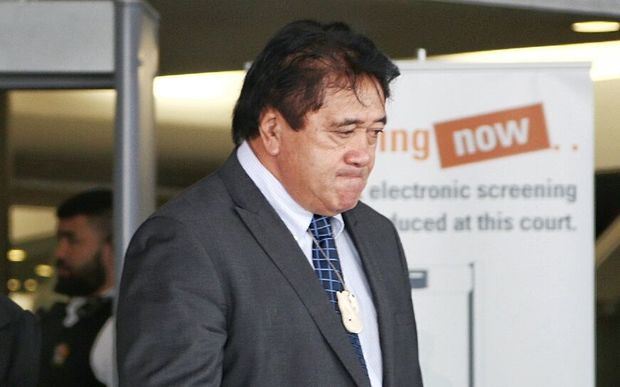 While the details of his departure are still unclear, some say his leadership was divisive and he should have gone years ago.

Mr Tau chaired the rūnanga for two decades, had been re-elected in August.

He also won the Hauaruru takiwā seat by 169 votes, following the biggest voter turn-out Ngāpuhi has ever seen.

Acting chair Mere Mangu will fill the role until his term ends in just over a year, but said Mr Tau's resignation was a huge loss.

"Without a question, everybody who is in leadership roles do their very best and, for me, Sonny was excellent in his role as the leader of Ngāpuhi. We have a saying in Māoridom, 'mate atu he tētē kura, tū mai anō he tētē kura'.

"People come and go, and we're on a lifespan for a short time. We do the best we can, and when out time is up, it's up, and another will fill our shoes."

Ms Mangu would not say when the next election would take place, but expected to meet with wider whānau in the meantime about the rūnanga's next steps.

But some are already looking ahead to see who might be take Mr Tau's place.

"Sonny's style of leadership is way past its use-by-date ... it's pretty much, my way or the highway," she said.

"We have got some amazing leadership in many spaces in our cultural institutions, at our marae, in our hapū, at our kura kaupapa, [and] at our wānanga. What we need is someone who is able to facilitate the whanaungatanga between all of our leaders who exist in our communities."

Ngāpuhi has spent 10 years trying and failing to reach a Treaty settlement with the Crown.

Today it remains divided on who should represent the iwi in negotiations, and what the settlement redress should look like for its 110 hapū.

Ms Himiona said while the Crown-led process was mainly responsible for that division and the delay, a lack of strong leadership in Ngāpuhi was also to blame.

"I know that there is a perception that Ngāpuhi are incapable of unifying as an iwi and I challenge that. I think the only major thing that we haven't been able to unify on, in modern times at least, is the treaty settlement and I don't think Sonny's leadership in that space has been helpful to that.

"What we absolutely don't need is a figure-head."

"We cannot have the same kind and style of leadership because it will only lead to the same outcomes," he said.

"I think everybody throughout the country knows that Ngāpuhi is divided like never before. There needs to be a new kind of leadership that is inclusive, that is empowering, but more importantly it needs to be transformational."

He said Mr Tau's resignation was an opportunity to review the Ngāpuhi constitution, and look at how the rūnanga elected its members.

And he said it might be time for the next generation to step up and take the lead.

"I look forward to the younger generation putting their hands up that really can see the potential in leading what I see is a new challenge for the Ngāpuhi nation. We need them.

"I think it's time that we had a good look at ourselves and really created a waka that is accountable to all of our people, not just to a specific few."

Mr Tau is yet to respond to RNZ's requests for comment.