Improving the "disturbing" statistics around Māori organ transplants is the aim of a ground-breaking hui in Hastings this week. 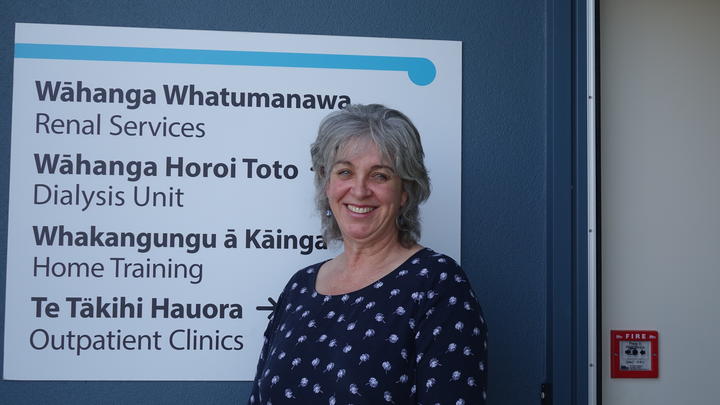 Only 12 percent of Māori have kidney transplants despite making up 80 percent of dialysis patients, figures show.

The hui hopes to encourage more Māori to become donors and recipients by sharing patient stories and research about the issue.

The transplant coordinator at Hawke's Bay District Health Board, Merryn Jones, is organising the hui.

"So if we're looking at 79 percent of our patients on dialysis are Māori [in Hawke's Bay] and only 12 percent of patients actually receiving a kidney, there's a disparity there," she said.

Nationally, the figure for Māori patients on dialysis is around 40 percent.

The tapu of a deceased person could prevent whānau donating their loved one's organs and impact upon the willingness of Māori patients to receive them.

Mrs Jones, who is of Ngāti Rakaipaaka descent, said live donations could also be difficult to find.

"Many of them said to me 'Who would I ask? All of my whānau are sick'. Some of the people I've interviewed were from families of perhaps nine or 11 siblings and everyone in the family was sick.

"Having said that, many of these patients would still turn down offers of kidneys simply because they worry more about the well-being of their loved ones than their own personal health."

Accessing quality healthcare, especially in rural areas, is the biggest challenge to ensuring Māori health statistics improve. Especially in managing diabetes, which is the leading cause of kidney failure, she said.

The DHB's hui was a first for New Zealand and researchers from around country, including from Northland and Waikato which have high Māori populations, will come to see to if this kind of information sharing would help improve Māori transplant outcomes in their regions too.

Hastings resident Sophie Hutana, who will be speaking at the event, hopes her transplant story will encourage more whānau to talk about the issue.

At age 18, the medication she was taking for a chronic illness caused her kidneys to fail. Five years later, after dialysis, she had a kidney transplant.

While her mother and aunt offered their kidneys, they had health issues which made them unsuitable to be donors.

"Which then led to my now-husband, he was third on the list, and it turned out he was a match for everything and in good health."

Mrs Hutana realises she was "one of the lucky ones" as she knew about transplants before she actually needed one. Some family members had had them and her great uncle Grant Kereama donated one of his kidneys to the former All Black Jonah Lomu.

She and her husband Tama had just celebrated their three-year transplant anniversary and lived "a completely normal life," she said.

She hoped the hui would help other sick whānau realise they could too.

"There's a lot of information out there and you can realise how much of a positive impact you can make on someone's life with there being a really low-risk to your life," she said.

The transplant hui is being held in Hastings on Wednesday 16 October.